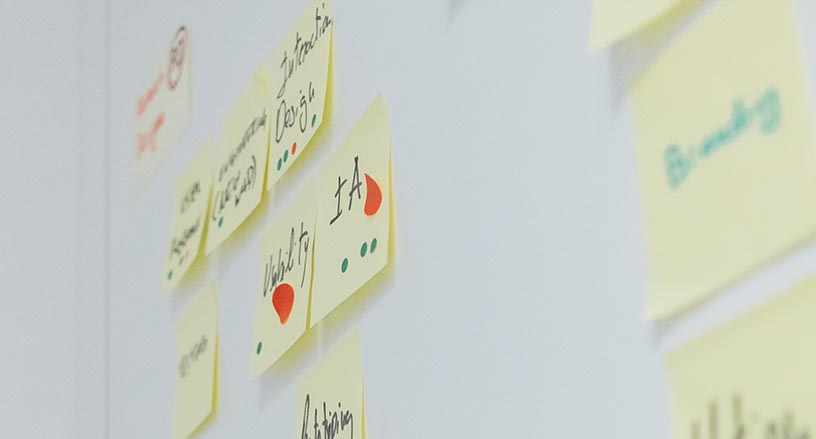 It’s true. Your business is your baby. Like raising a child, it requires a labor of love and constant nurturing. You can’t take a break from it, ignore it, or be complacent.

And like raising a child, the early stages of growing a business are critical to its future growth and prospects.

The early formative stages of my business came at my time at Northwestern. As a college student, I started my business, Imagine Easy Solutions, with a product called EasyBib, which helped students automate and organize citations when writing a paper. I created it with a friend simply to solve manually writing bibliographies, something we found annoying, and even borderline painful.

Now fifteen years in the past, after growing the business to over 30M users, millions in revenue, and selling it to a public company, it’s clear to me how Northwestern provided invaluable experiences that defined my entrepreneurial journey.

1. Talk to your customer

One of the fondest memories I have of Northwestern is going to the University Library to study, walking through the computer space, and seeing EasyBib up on various computer screens of fellow students.

At first, I simply thought it was exciting to see people use my product. What better vote of confidence could a young entrepreneur want? But I always wondered how much they liked the product, or if they had ideas to make it better.

For months, I would walk by EasyBib users without saying anything. One day though, I summoned up the courage to talk to one of them.

The first time I did this, I remember this particular student looking at me quizzically, wondering why I was asking questions about the website they were on. When I explained that I started the site it all made sense.

I learned so much from that first conversation. We had a feature where you could download your entire bibliography, but this student had no idea it existed. It was my first lesson on user experience, and that while something is obvious to me, it might not be to others. You just have to talk to customers and observe them using your product.

That lesson sticks with me today. We’re working on a new project called Solitaired, where we connect classical games like solitaire to brain training. On a recent flight, the person sitting next was playing solitaire, and I was able to learn about all the features that were important to her.

As a Northwestern student, talk to fellow students or alumni constantly to get feedback on your ideas or product.

2. Take advantage of the large community

Once in the library, I found a student using EasyBib who told me that he’d love to see what other students were citing.

I thought it was such an insightful idea. We had all this data on what people were citing. What if we could use that data to create a powerful social search engine that can unearth all the best sources to use in a paper?

I called my co-founder and friend, who was a student at another college, and giddily shared the insight of this one student. Over a ten minute discussion, we agreed we had to build a feature where you could search all citations created on EasyBib.

We spent months building the feature. When we released it though, it was a dud! No one was using it. I went back to my go-to source of user insight, the library, and found that the product we put together wasn’t better than Google or the other academic search engines students were using. It was cool, but just not useful.

It taught me a valuable lesson – individual user feedback and ideas are great, but aren’t necessarily a strong signal. You have to understand if there is an underlying problem, and think through the best way to solve it.

After that, I decided to start emailing a large group of friends at Northwestern and various listservs about features we might add. I had them rate and rank these features. I quickly found that we needed to support more citation styles, like APA. That insight alone created the foundation for us to build a multimillion dollar subscription business on top of our ad driven one.

3. Northwestern is the foundation for your network

I wasn’t overly social at Northwestern. I didn’t join Greek life or have the courage to do Dance Marathon. But I did have a nice group of friends, many of them who I met my freshman year while living in Allison.

To this day, I continue to be surprised at how those friendships have impacted my business life.

After Northwestern, I started growing Imagine Easy Solutions full time in New York City. As we grew larger, we needed to hire senior people. One hire was a friend from my dorm days at Allison, who had gathered strong consulting experiences and recently finished his MBA from Kellogg.

Another time, I needed to get in touch with a large education company. Another friend from Northwestern was able to use the alumni network of his business school to get me in touch. This ultimately led to a strong partnership.

Looking back, I wish I had the foresight to understand the importance of how the friendships and acquaintances at Northwestern could impact my entrepreneurial journey. I would have been more proactive getting outside my comfort zone and staying in touch.

Organizations like The Garage at Northwestern are perfect places to meet ambitious people who might be a co-founder years down the road, or who might have a relative who can be a buyer of your business. You can never predict these things, but you can build strong relationships at Northwestern so you have the foundation of a network that can really work for you.

While you can certainly learn from the experiences of others, I’ve always found that the very act of trying to start a business provides the most valuable lessons of all. The Garage didn’t exist while I was a Northwestern. Needless to say, I’m quite envious of Northwestern students today who have such a great environment to not just learn but experience entrepreneurship.

Neal Taparia is a 2006 WCAS graduate. He graduated with a major in economics and a minor in religion. He’s the founder of Imagine Easy Solutions, a portfolio of education products that reached over 30M students. Neal sold the business to a public company, Chegg, where he was an executive there for three years. He lives outside of New York City with his family, and enjoys playing all racquet sports.