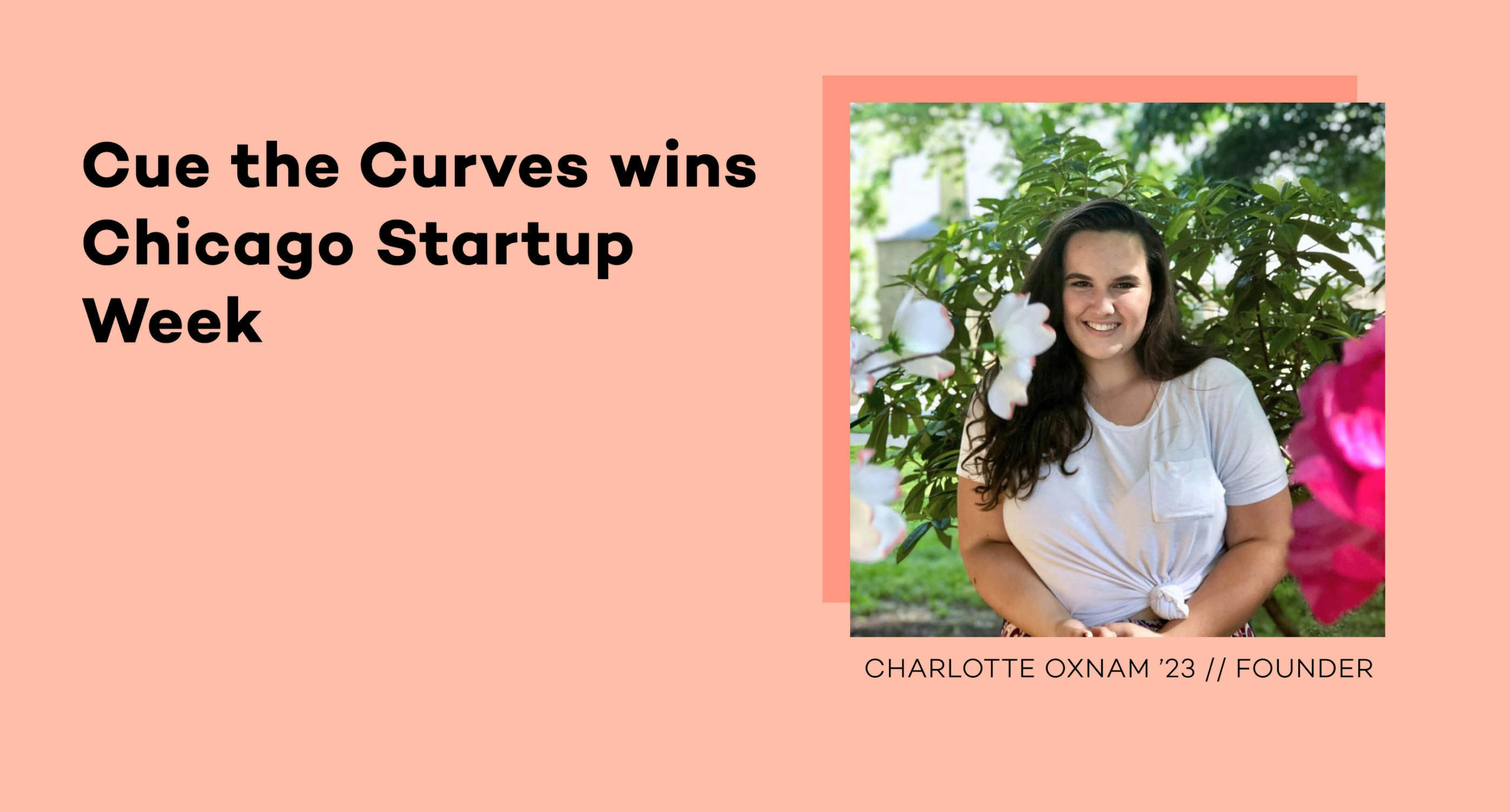 I applied for Chicago Startup Week on a bit of a whim. Cue the Curves began a year ago, first as a plus-size clothing directory, and has now morphed into a community platform for plus size women to discuss fashion and discover their style. As I have worked on Cue the Curves more and more, my motto has become “getting turned down and never trying share the same outcome.” In the beginning of Cue the Curves, I felt like everyone I talked to had to think it was a million-dollar idea or else it would fail. But as time has gone by and I have become more confident in my business, the few naysayers get to me less and less. So when I got an email to apply to Chicago Startup Week for the pitch competition, I figured that the worst that could happen was that I lost, but got some constructive feedback and met some cool people. The best was that I would win the competition. The risk assessment was pretty clear, so I pressed submit. It was at the moment I clicked the button that I remembered I have never created a formal pitch deck or really had to sell my concept to anyone besides explaining to a friend over dinner what I was working on.

The structure of the Chicago Startup Week pitch competition was as follows: on Monday, March 15th, there was a keynote from an amazing Venture Capital investor about what he believed made a great pitch, followed by a one on one pitch workshop where startups got to practice their pitch and receive a ton of feedback. The first round of pitches was on Wednesday, and the finals were on Friday. And if this seems like something you couldn’t handle while in school, I had three final exams between Monday and Friday so if I can pull it off, so can you! Because the first round of pitches were not available to the public to watch, I didn’t have a great sense of where I stood compared to other startups and I was a nervous wreck all day. I was ecstatic when I was announced as one of the finalists. As I watched the 10 final pitches, having given mine three minutes after submitting an Economics final and then immediately getting in a car to go to the airport, I distinctly remember thinking to myself “well this has been a cool experience but there’s no way I’ll win this.”

When they announced me as the winner, the reason the judge gave for why they chose me was not anything extraordinary about Cue the Curves itself. It was that I was a founder that they believed could make it happen. A great startup is great because of the team working on it, and learning that was a prize in itself, and has already helped me so much.

Here are my key takeaways from the week that I will apply to any pitch event or competition I participate in from now on:

Winning Chicago Startup Week launched Cue the Curves into a hyperdrive. My team has grown and I’ve been invited to be on panels and run workshops. We are capitalizing on this momentum and plan to launch our mobile app this year and start to work directly with brands to help them better serve their plus-sized customers. We wouldn’t have all of these opportunities if it wasn’t for putting myself and Cue the Curves out there and signing up for events like Chicago Startup Week.