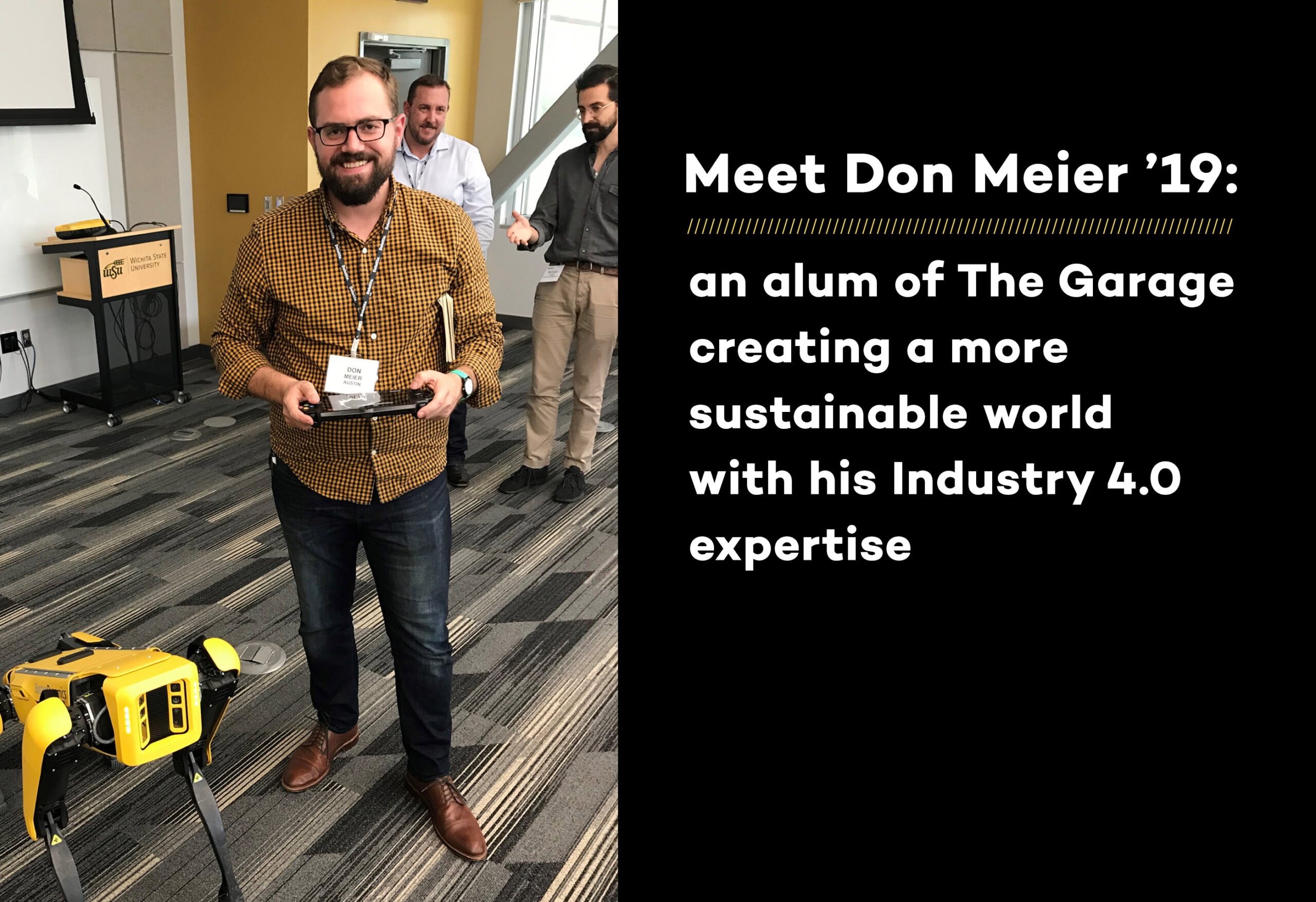 After Don Meier (Kellogg ’19) signed his offer letter to join Deloitte as a Technology Consultant back in 2012, he thought he’d never step foot into a manufacturing facility again. Born and raised in small-town, Industrial-Pennsylvania and surrounded by the manufacturing ecosystem in his formative years as the son of a front-line worker and studying industrial engineering as a college student, Don was ready for a change of pace and didn’t plan to look back. Little did he know he’d return to the manufacturing floor in more ways than one.

At first, his departure from manufacturing seemed permanent. He spent his first few years at Deloitte focusing on traditional IT product management projects. However, Don was ready to dive deeper into the side of product management he enjoyed and thrived in most: identifying customer problems, creating the solution to solve that problem, and selling that solution to customers. Most important to Don, he wanted to do this on his own as an entrepreneur. He enrolled in the Kellogg School of Management at Northwestern for an MBA with one goal: launch a successful startup.

When he enrolled at Kellogg in 2017, he was already starting to fuse his consulting skills with his manufacturing past as the CEO and Co-Founder of ProgrAM3D, an additive manufacturing startup creating next-generation medical devices with novel 3D printing methods. As it often happens in the world of startups, things didn’t exactly go as Don had planned. One month into the MBA program and as a new entrepreneur, Don’s technical co-founder separated from the business which left Don without a product to sell to customers.

But, committed to his goal of founding a successful startup, Don didn’t give up. He went back to the drawing board (including many of the whiteboard walls at The Garage) looking for the next meaningful problem to solve. He didn’t have to look far. After lots of discussions with various customers to discover pain points in the manufacturing industry, it became clear that manufacturers from his hometown and across the world were struggling with operational efficiency and training their workforce. They were barely able to keep their heads above water and they definitely weren’t able to build resilient businesses.

Spurred by many MBA colleagues and peers at The Garage, Don launched LineShift. LineShift helped small and medium sized manufacturers implement manufacturing process improvements, leverage advanced manufacturing technologies, and train their workforce for the future of manufacturing. LineShift had customers from California to Pennsylvania ranging across automotive, industrial products, aerospace and defense, and medical device industries. Don and his team spent many early mornings and late nights at The Garage (including 10 weeks full-time in The Garage’s summer pre-accelerator, Jumpstart) and on customer sites. Soon, Lineshift grew to multiple employees, trained hundreds of workers, and saved customers millions of dollars annually. Despite early success, after many hard conversations among the LineShift team, the decision was made that LineShift was not on a path to long term viability. LineShift was shut down in July 2019.

Soon after, Deloitte Catalyst, Deloitte’s new business innovation team, was standing up their manufacturing innovation (Industry 4.0) startup team. Don was excited, and joined Deloitte Catalyst, leading the team since September of 2019. He has grown the team significantly over the past two years and now leads Catalyst efforts across the Energy, Resources, and Industrials space. Today, Don is responsible for early stage solution and capability experiments supporting sourcing, shaping, prototyping, and market-testing of Deloitte’s future businesses and software assets. This work has included curating the startup ecosystem that is making the future of manufacturing real today at the Smart Factory at Wichita. The Smart Factory at Wichita is “the living embodiment of manufacturing excellence and helps clients transform their digital production and supply network, today.” It is housed in a net-zero impact smart building on a smart grid featuring 60,000 square feet of sustainable space.

Don is excited about how his work is creating the future of sustainability in the Energy, Resources, and Industrials industry and doing his part to reduce the 51 billion tons of carbon we currently emit globally. Knowing we have to fundamentally transform the way we make things (23% of emissions come from industry), move things (29% come from transportation), and the way we generate power (25% of emissions come from electricity production), Don is working with his team to develop cutting edge solutions ranging from changing how manufacturers operate to how energy is created. He may not be in the entrepreneur’s seat right now, but he is using every single skill developed at LineShift, Kellogg, and The Garage to solve this pressing challenge – including entrepreneurial endurance, fearless asking, sales, and a growth mindset.

If you are working on an innovative solution in the sustainability or energy transition space, please reach out to him on Twitter (@donniemeier) or LinkedIn to collaborate.