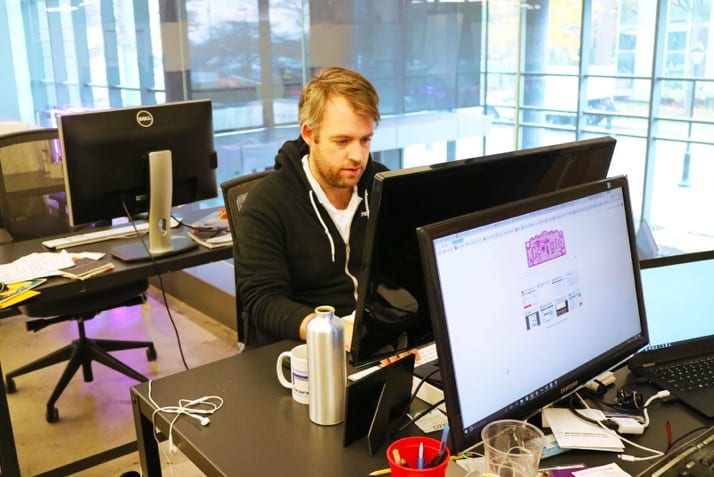 Perhaps no one at The Garage understands student entrepreneurship better than Tom Hayden, a practiced computer scientist who participated in many startups as a student at Michigan State University.

Most of those startups never took off, he said, but the experience of founding multiple companies was incredibly valuable. One such venture involved selling spring break trips to students via Facebook apps, but it failed because a very similar website already existed. This idea, however, gave Tom a wealth of knowledge about Facebook applications, so when he was offered the opportunity to work at Facebook, he was well-seasoned in the way their application interface functioned.

After working for Facebook, he founded the data science team at GrubHub, and in 2015 he joined The Garage as an Entrepreneur-In-Residence (EIR). As a student entrepreneur himself, he offers the following advice to those seeking to form companies while in still in school:

Tom holds a BA in Telecommunications, Information Studies and Media from Michigan State University, and a Master’s of Science in Information, Incentive Centered Design from the University of Michigan. He was also an NU graduate student in theoretical computer science. To learn more about the EIR program at The Garage or to schedule Office Hours with an EIR, click here.