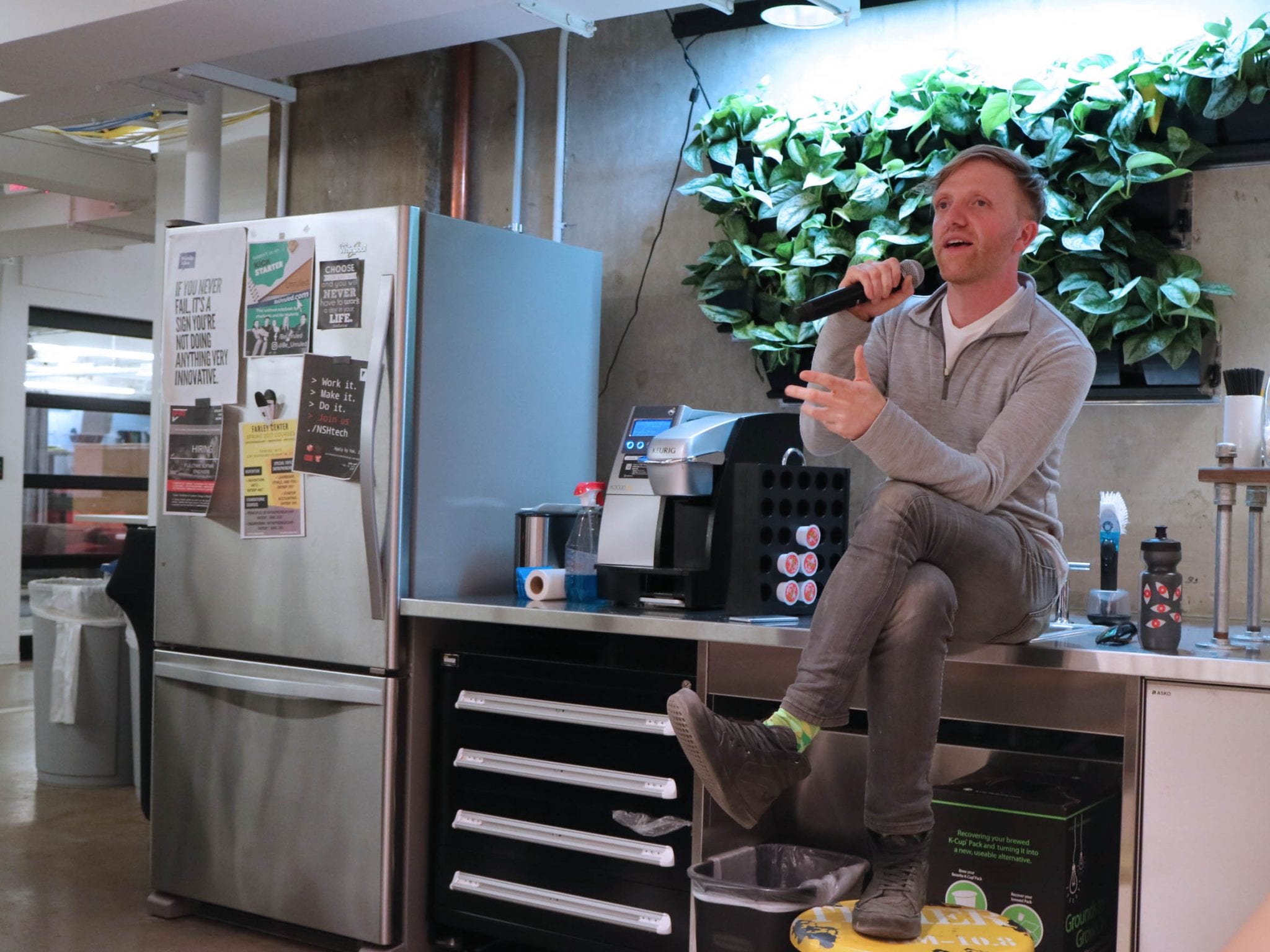 This week, Resident Team of The Garage Unruled. launched their Kickstarter campaign, hoping backers around the country will join them in an initiative to inspire creative thinkers and students to draw outside the lines with their unruled, sustainably manufactured notebook. And, when Team Unruled. was ready to introduce their idea to the world, there was no question of what platform they would use: Kickstarter.

Kickstarter helps creators find the resources and support they need to make their ideas a reality. To date, tens of thousands of projects — big and small — have come to life with the support of the Kickstarter community.

The Garage was super excited to welcome Kickstarter Co-Founder, Charles Adler, to our weekly Resident Family Dinner on February 21 to share his founder story, his advice, and what he’s up to since stepping down at Kickstarter.

Kickstarter was founded in 2009 by Charles and his friends Perry Chen and Yancey Stricker. Since 2009, 5.2 million people have backed upwards of 52,000 projects with nearly a billion dollars. Charles shared his experience with our students, citing the excitement of and designing a product, building a company, and curating a team but didn’t shy away from the challenges so many startups face.

At The Garage, we embrace failure just as much (if not more than) success. We believe failure is not only inherent to, but leads to innovation and better ideas. We expect our Residents to face challenges and to fail and even ask students to share a failure each week at Family Dinner. Charles acknowledged that failure is a real thing happening in startups, but placed more emphasis on the tension that occurs, too. Whether it’s tension surrounding a recent or inevitable failure or a decision among the founding team, Charles encouraged students to stare tension in the face and address it. Ignoring it will more than likely lead to negativity.

Today, Charles is working to support the causes he is most passionate about, including acting as a founder, advisor, or consultant focusing on education innovation, empowering independent artists, and discovering new ways to address environmental sustainability. Want to see part of Charles’ talk with our students? Check out the video below.