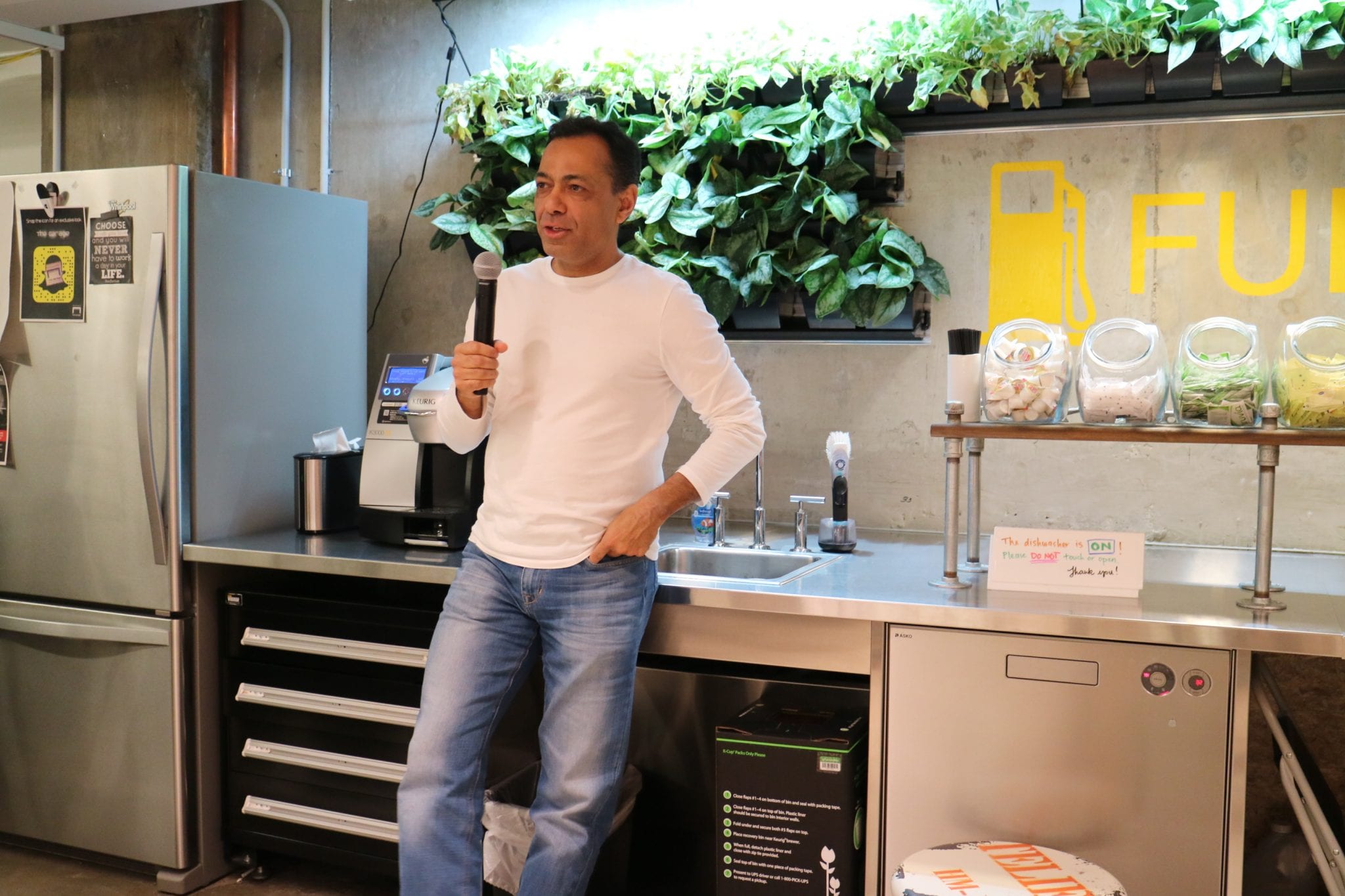 Last week at The Garage’s weekly Family Dinner, we were super excited to welcome Jai Shekhawat, a Kellogg School of Management (‘96) alum and founder of Fieldglass, to meet with our students and share his founder story. Jai joins us just a few short years after selling Fieldglass for over a billion dollars!

Jai opened his talk with his belief that “entrepreneurs are made, not born.” As a first generation immigrant from India, Jai was exposed to entrepreneurship at a young age working for a team that became very successful. He learned two big lessons at this point: the importance of selling and aversion to debt. It was just a year or so after finishing up at Kellogg that Jai discovered the drive in himself to write his own story instead of being an actor in someone else’s.

Some words of advice from Jai? Tap into your own experience space–an industry or space that interests you instead of starting over as a beginner in a new space. Understanding the problem landscape and addressing it is typically the driver.

Jai also reminded the students to fall in love with the problem–not the solution. The problem will typically remain the same while the solution may need to go through multiple iterations to address it. How do you get going in your startup? Find someone to build and find someone to sell it. Jai’s simple words of wisdom really resonated with our students, and inspired us all to write our own stories.

What’s Jai up to after selling Fieldglass for more than a billion dollars? After ensuring all threads were tied up, Jai has been engaging in philanthropic work, including sitting on advisory boards and making investments, and currently works with 1871. He also plays more squash, and in Jai’s words, “I do a lot more of whatever I want.” See a clip of Jai’s talk below.