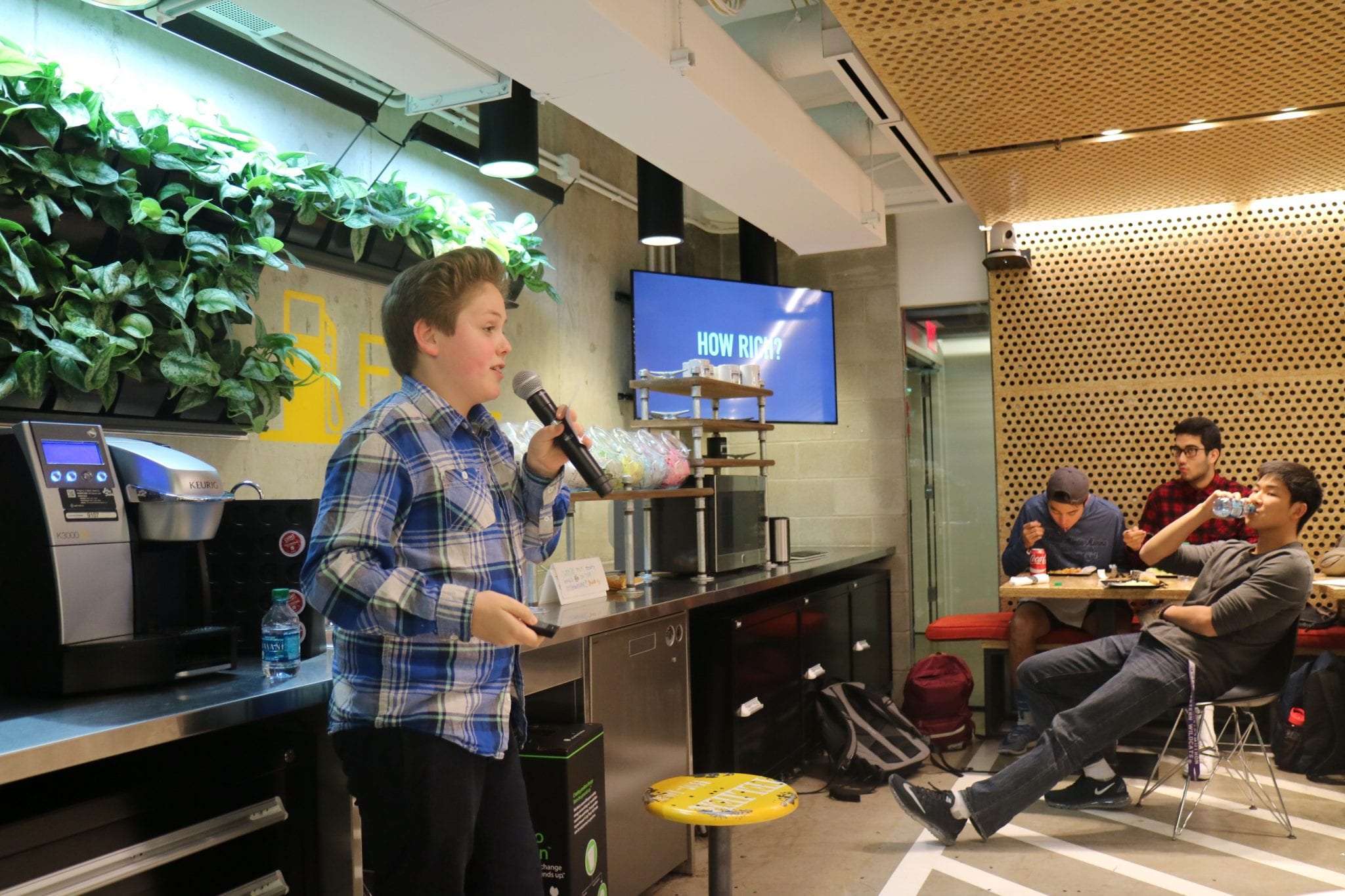 Each week at Family Dinner, we’re excited to welcome an accomplished entrepreneur to share their founder story and tidbits of wisdom with our Resident students. And this week, we had an extra special guest stop by (with his parents). Oliver Leopold, local “kid entrepreneur” of Evanston, is just 14 years old but packs the punch of an entrepreneur with some serious experience. 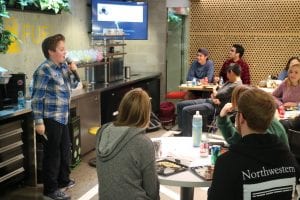 Oliver’s journey started at just 10 years old, when he became interested in investing but had trouble finding easy to understand resources on the subject, and was interested in investing his weekly $10 allowance. So (naturally), he penned his own online newsletter titled, “The Investment Times.” At just 10 years old, Oliver was soaking up knowledge from his grandfather and former Bank of America Corp. private banker, Tom Leopold and even attended investment conferences. Oliver’s newsletter was picked up by the Wall Street Journal! Oliver, who is incredibly self-driven, shared with The Garage Residents that he authored about 6 or 7 issues of his newsletter before moving on to his next project.

Oliver described one of his first entrepreneurial ventures very simply: with gum. Gum was popular at school, and often traded or even bought between students. Oliver realized he could buy larger packs of gum online, sell them at a lower cost than they were already available at, and make a profit. What’s more? He applied the same idea to a small spinner toy. Oliver knew it was being marked up so much, that he could make his own, sell them for less, and still make some extra cash.

Oliver has coded a few of his own apps that made it to the App Store, including “How Rich?” which analyzed and compared salary data from around the world.

Aside from some apps, Oliver’s most recent and popular project is his YouTube channel, which has garnered more than 5,300 subscribers. Oliver is most often reviewing products sent to him by companies, where he can earn as much as $100 per review. Oliver has even shared his YouTube wisdom and wrote The YouTuber’s Handbook, available on Amazon, which has generated some real revenue for Oliver.

Most importantly, despite his young age, Oliver was able to share some useful entrepreneurial advice with our students, like doing what you really love and loving what you do. He even shared his love of cockatoos, some challenges associated with wanting to run a business at 14 years old, and where he thinks he’ll be in ten years. What’s next in Oliver’s journey? An app to make neighborhood babysitting simpler for both sitters and parents.