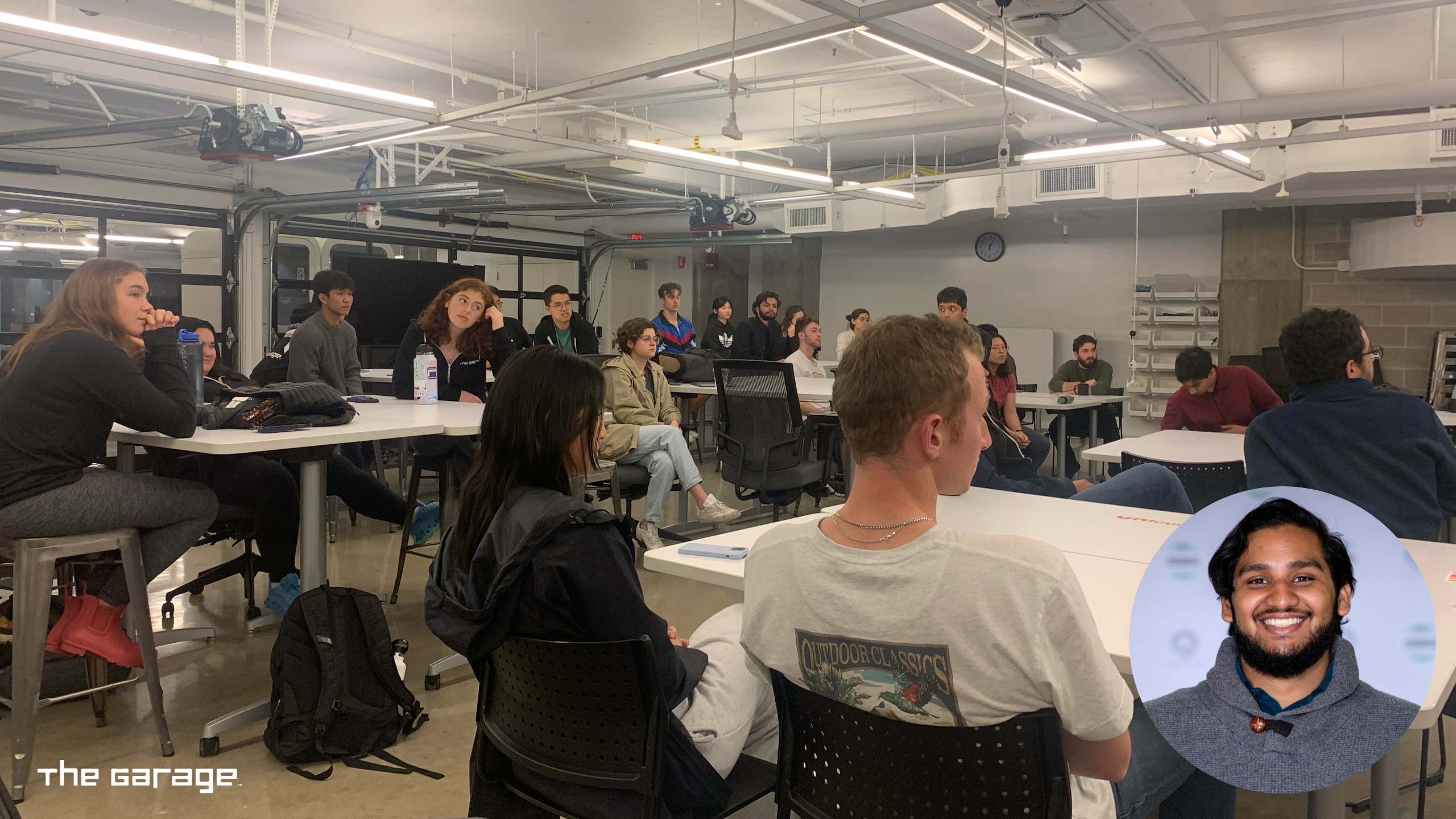 Last week, Ibraheem Alinur, McCormick ‘20 was our Guest Speaker at Family Dinner. He relayed his experiences of founding three companies at The Garage, such as City Health Tech, a startup creating technology to help prevent diseases in cities and other vulnerable communities. Currently, he serves on the Farley Center Advisory Board and is leading an innovation lab commercializing research in healthcare and life sciences, while also promoting entrepreneurship for Northwestern students.

One of the biggest entrepreneurial lessons Ibraheem learned before entering college took place at The Kennedy Space Center. When a speaker dropped out of an event he was volunteering for, he stepped up to fill the spot – and excelled. Taking advantage of opportunities became a common theme in his story as he sought out bigger dreams, like becoming a Gates Scholar, the Director of Marketing for NU Tutors, and an MIT enrichment program participant.

He would later tap into the entrepreneurial landscape via The Garage. Ibraheem’s first big project took on reinventing the dishwasher, which proved to be a valuable learning experience. Through the tinkering process, he, along with his co-founder, developed a community management platform for student groups at Northwestern. This company was later acquired, highlighting the entrepreneurial grit he maintained throughout his subsequent ventures.

Ibraheem’s next focus was an ambitious one: building the city of the future. He founded City Health Tech to tackle illnesses through technology. In 2017 (pre-pandemic), there was a lack of funding in public health that made it difficult to grow as a company. To combat this, the team participated in Jumpstart, The Garage’s pre-Accelerator program, which increased their funding and staff size. The program’s effect on the company snowballed into the launch of new products designed to encourage healthy handwashing habits and promote community health education.

Now, Ibraheem is focused on community engagement through building patient care databases to de-risk commercialization as the Director of an Innovation Lab that will soon be announced in the coming months, and figuring out how globally connected the world is through manufacturing. In his eyes, community engagement is the future of entrepreneurship.

Adrian Ayala-Perez ‘26 is a Social Policy & Data Science major from Miami, FL. He is a student aide at The Garage, tasked with managing different administrative, marketing, and operations projects. His favorite thing about The Garage is that students are encouraged to grow, fail, build grit, and expand their knowledge.