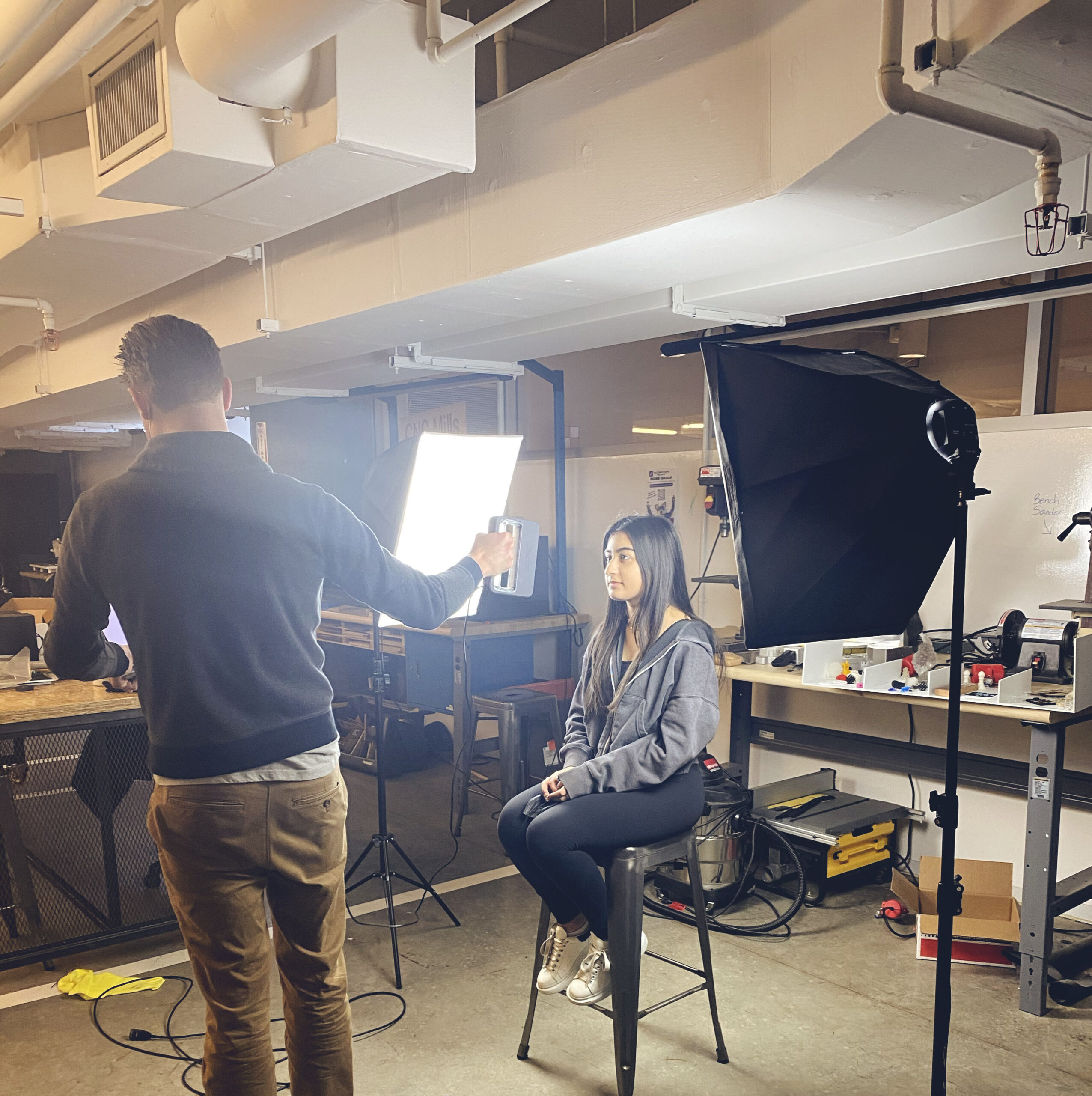 Family Dinner on Tuesday, February 8, was all about bringing our community together to learn more about some of the incredible resources The Garage has to offer to Residents and all Northwestern students. For the first time, a Family Dinner was dedicated to learning more about The Makerspace, which we nicknamed, “Make with Jake.”

The Garage’s Makerspace is split into two halves: on one side is a state of the art AR/VR Lab, outfitted with future-facing technology and all the latest toys and tech. One the other half is the rapid prototyping space, where we house 3D printers, laser cutters, an electronics workbench, a sewing machine, and more for founders to iterate on their hardware ideas. During the Family Dinner hour, student founders rotated through stations to learn more about the unique tools offered and of course, have some fun playing with VR. In addition to exploring The Makerspace, Resident team Mark IV Games held a playtesting session for their first board game, Factions of Sol.

The Makerspace and all of its equipment is overseen by Jake Juracka, The Garage’s Technology Manager. Jake is a 3D printing enthusiast, always working on fun projects and experimenting with new materials. As Technology Manager, Jake ensures that all of our equipment is up and running, ready for use by students. He also executes safety training and education for students who are interested in using any of the prototyping equipment. Residents have access to The Makerspace 24/7 (after completing training) and any Northwestern student is welcome to stop by during staffed hours if they are curious about prototyping and want to learn more.

In the Workspace, The Garage’s classroom space, students had the chance to learn how to play Mark IV Games’ Factions of Sol. Factions of Sol is a science-based game that ties in real-world astronomy and physics. Players testing the game learned about different strategies players can use and tried their own hand at surviving in space.

At the first VR station, students bonded while conquering their fear of heights in a simulation standing on the edge of a plank. Over in The Makerspace, students battled it out in one-on-one games of Beat Saber. Residents had the chance to meet more of their fellow student-founders, discuss their companies, and make new connections with other members of The Garage community while waiting for their turn.

The final station, also in The Makerspace, was led by Jake. He gave students the chance to have their heads scanned, creating a 3D rendering. Then, that rendering was printed using the Ultimaker, creating a tiny version of the student’s head.

Students who had not previously spent much time in The Makerspace had the chance to learn all about the different resources available and how they work through these activities. Sherry Xue ‘22, founder of Explorate, shared more about the ways she utilized The Makerspace in the past, using the laser cutter to create a globe for a class project. “It was great to have the chance to explore the 3D printer and Cricket. I think both could be great opportunities for marketing in the future.”

Students left Family Dinner excited to continue using The Makerspace in the future and feeling closer to their fellow founders.