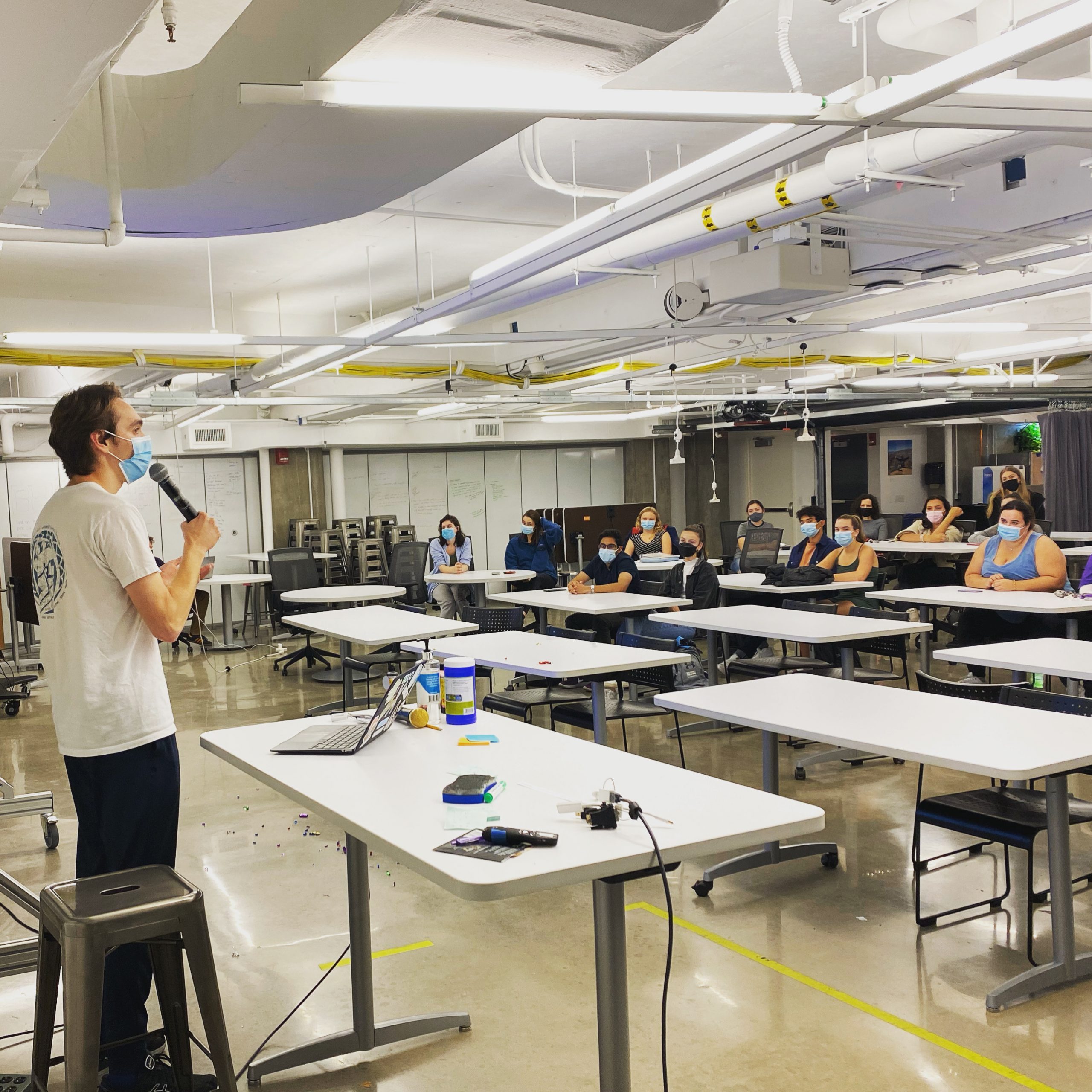 Oftentimes, student founders at The Garage look to the stories of other entrepreneurs for inspiration and guidance. However, when looking at the experiences of founders placed in mainstream media, it can appear as if their ventures occurred in a linear fashion. When facing challenges, these stories can be discouraging as they make experiencing struggles appear unique.

On Tuesday, October 12, Residents had the opportunity to hear from Mateo Price, Weinberg ’21, founder of Authentic Media Ascension (AMA) speak about his experiences with his startup. Mateo spoke about his time at The Garage and the successes his company has seen but also shared some of the harder points he faced and the lessons he learned.

When Mateo entered Northwestern in the Fall of 2017, he was unsure about what he hoped to do with his time. Through some of his friends, he was introduced to The Garage and joined the startup Roominate, a company that delivered posters to students around Northwestern’s campus. Mateo shared that he enjoyed the experience because it gave him experience outside of the classroom but it left him wondering what he wanted to do next. In his sophomore year, Mateo began his own company, AMA. After coming up with his idea to help influencers grow their platforms through data, Mateo emailed a creator he had always admired, Jesser. Upon receiving a response where Jesser agreed to meet, he flew to California, spoke with Jesser about his idea, and began his business. This is the linear story Mateo shares when asked about his business.

During his time speaking at Family Dinner, Mateo took the time to stress that in addition to the highs, he faced some incredibly difficult lows. Mateo shared that he lost opportunities along with his success, experienced burnout, and had times where he “didn’t know if I still wanted [AMA] to be a company.” However, he shared that he “believed there was still something there.”

After telling his story, Mateo shared three very valuable pieces of advice. He told student founders, “Just go for it, the worst thing is someone says no.”, “You have to balance excitement with patience.”, and “The outside stories are always more polished than reality.”

Mateo finished his talk by sharing what he thought was one of the most valuable things about The Garage. Mateo said, “This is the place to be open, vulnerable, and honest,” and encouraged student founders to connect with each other. Students left Mateo’s talk feeling inspired to work on their businesses, even if they were experiencing a low point.