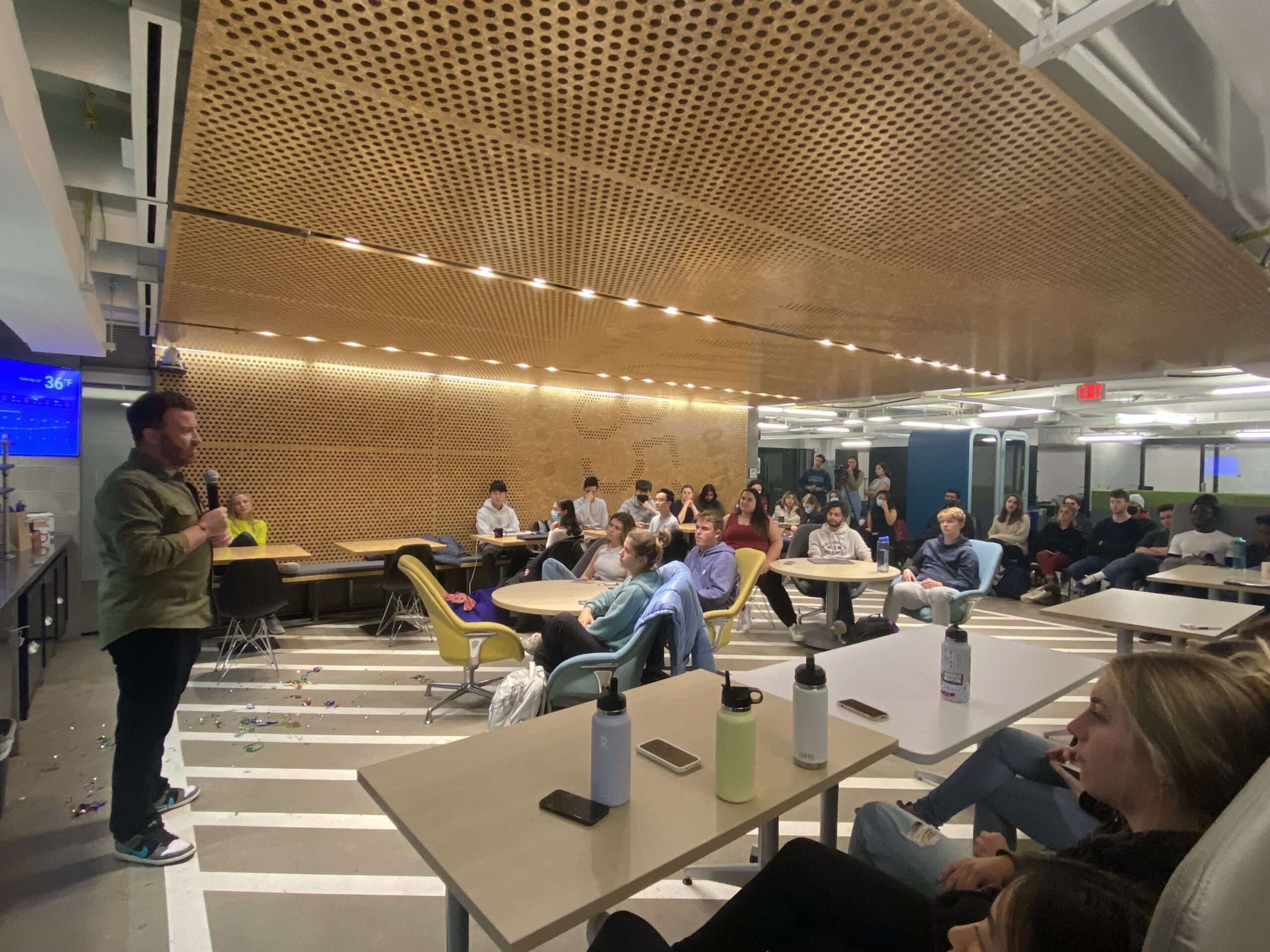 On Wednesday, April 27th, Residents of The Garage gathered together to hear from Matty de Castro, VP of Growth and Operations at VidMob. Matty shared more about his career and was excited to speak with student founders about their startups and experiences.

Matty grew up in the Chicagoland area with his three sisters before attending the University of Colorado. From there, he left for New York City to start his first job in investment banking. After being in the position for 2 years, he realized the position wasn’t for him and began his search for a new job. He began to work for Ticketmaster in 2003, right as the company was being called before congress. In 2007, he began working for an up-and-coming start-up. The company was acquired and his boss left to work for Facebook.

After his boss called and offered him a job, Matty immediately called his dad, the person he went to for advice. The pair concluded that jumping to Facebook wouldn’t be the right move at that time and Matty stayed where he was. A year later, the opportunity presented itself again. This time, Matty was ready to jump into his new venture. Matty spent the next thirteen years working for Facebook, running North American sales.

After thirteen years, Matty knew it was time to make a change and began to explore new opportunities. “At 38 I realized I was an entrepreneur. That’s where my spirit really was, just building something new,” Matty shared with the group. “When I started at Facebook I was employee 321. At that point, there were 77,000 employees and I knew it was time for me to begin building again.”

Matty then joined VidMob, a two sided platform that helps advertisers optimize their content through data collection. Matty is excited to continue with this new venture as the VP of Growth and Operations.