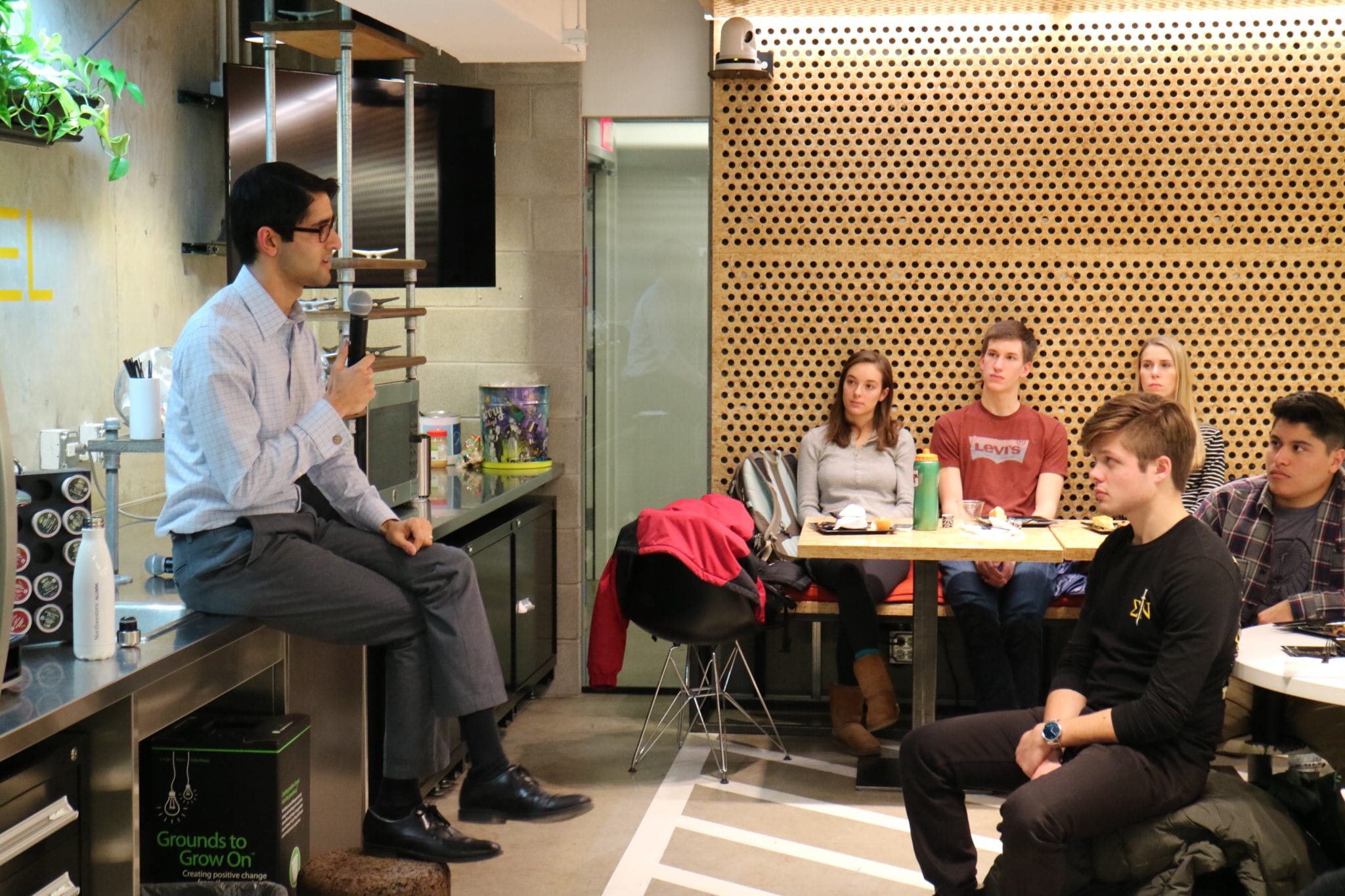 The Garage is back in full swing for the Winter 2017 quarter, bustling with Northwestern student entrepreneurs, flying drones, new prototypes, and exciting builds. To get the quarter going for returning Garage Residents, and to usher in more than 20 new Resident Teams, students were welcomed back with the first weekly Family Dinner and special guest speaker, Samir Mayekar.

Samir is a Northwestern Kellogg School of Management alum (2013) and a true Wildcat. As a student at Northwestern, Samir won the Rice Business Plan competition and raised over $1M. Prior to founding Sinode Systems, where he is the current CEO, he served in the Obama Administration at the Overseas Private Investment Corporation and the White House. Samir is also the President of the Northwestern Alumni Association and met his wife at Northwestern.

Samir shared candid stories of his time as a student founder alongside five important lessons he learned along the way.

Samir engaged with the Residents by not only sharing his successes, but also his struggles, and recommended students check out The Struggle According to Ben Horowitz.

“The Struggle is where we turn adversity into opportunity.”