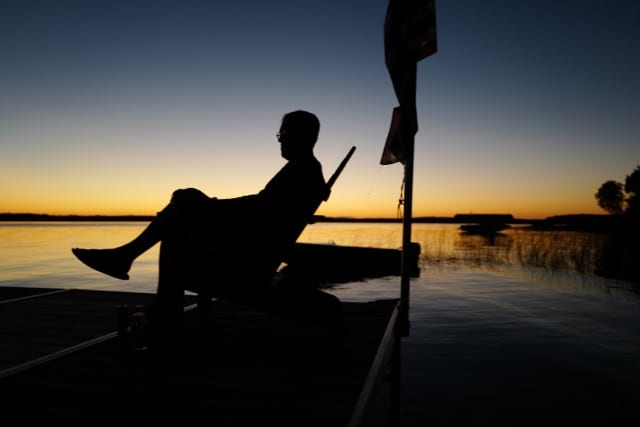 There has never been a better time than now to become an entrepreneur. Thanks to the growth of the Internet and the power of technology and global connectivity, a great product or idea can come from anywhere, anyone and at any time. And with the proliferation of incubators, accelerators and a myriad of other resources to support a budding entrepreneur’s ideas, I’m constantly asking myself: why would any college student not attempt to start a company today?

There are traditionally three types of career orientations: a job (about the paycheck), a career (achievement through money and advancement) and a calling (passionate commitment to work for its own sake) (Seligman, 2002). My argument is not only that every person should strive to find the latter (a true calling in life), but also that starting a company is the best way to find it.

Why? Because entrepreneurs, more than anyone else, have to ask themselves: what am I good at? What am I passionate about? And how can I bridge those two answers together to build something?

Take Gary Erickson, founder of Clif Bar. Before founding Clif Bar, Gary worked at his bakery, and when he wasn’t working at the bakery, he was on his road bike, either around his home in San Francisco or on biking trips in Europe. During a 175-mile ride one weekend, he got sick of eating flavorless energy bars, so he decided to try to make a new one that tasted good and was also nutritious. The rest is, as you probably know, history. Gary Erickson is an exemplar of an entrepreneur finding their calling by marrying what they love doing in their free time (biking trips) and starting a company (healthy, tasty snacks for bikers) (Erickson, 2004).

My own story isn’t so different. When I graduated from college and moved to Boston to work as a CPA, I was fired up, ready to live in a big city, build a career and conquer the business world. A week later, I was absolutely miserable. I didn’t feel like what I was doing was meaningful (i.e., I was just pushing paper around). I soon decided to switch gears and start a company doing something that I loved, was passionate about and would mean something to others.

In 1993, I found what I thought were the 10 best unsigned bands and put together a compilation called, “The Aware Compilation.” My purpose when I started was to help artists/bands have the careers they wanted and increase their following, so that they could make a proper living as artists. Many of the bands quickly got signed (Hootie & the Blowfish, Matchbox 20, among many others), and I soon entered into a partnership with Columbia Records. Years later, the list of artists I’ve signed and/or managed now includes household names like John Mayer, Train, Five for Fighting, The Fray, Brandi Carlile, Mat Kearney and many others.

A calling is a job that is intrinsically rewarding, has meaning and is a major part of what you stand for (Wrzesniewski, Berg, & Dutton, 2010). Further, if your work is your calling, then you probably believe that your work is contributing to a greater good, or improves the world in some way (Cameron et al., 2003). Work is such a big component of our time, and it should be a proper reflection on our values, ideals and passions. In a perfect world, your work is a true extension of yourself.

The barriers to creating and building a company have disappeared and a shift of power from big companies to the individual has changed everything and enabled anyone with a computer/phone and an internet connection to build a successful business overnight. Not all students will have the passion, determination and grit to become successful entrepreneurs, but those that do will have a higher chance of finding their true calling in life, taking control of their destiny and living a life of purpose and meaning.

Gregg Latterman is a music and entertainment industry entrepreneur. Upon graduating from Kellogg, Gregg negotiated a joint venture with Columbia Records and signed Train, Five for Fighting, John Mayer and Mat Kearney to his independent record label, Aware, founded in 1993. In 1999, Gregg built A-Squared Management that directed the careers of artists such as The Fray, Michelle Branch, Liz Phair, Brandi Carlile, Jack’s Mannequin, Mat Kearney and Five for Fighting. Gregg has a Masters in Positive Psychology from The University of Pennsylvania under Martin Seligman and now teaches “Positive Entrepreneurship” at NU. Gregg has, both formally and informally, mentored most of The Garage resident teams.