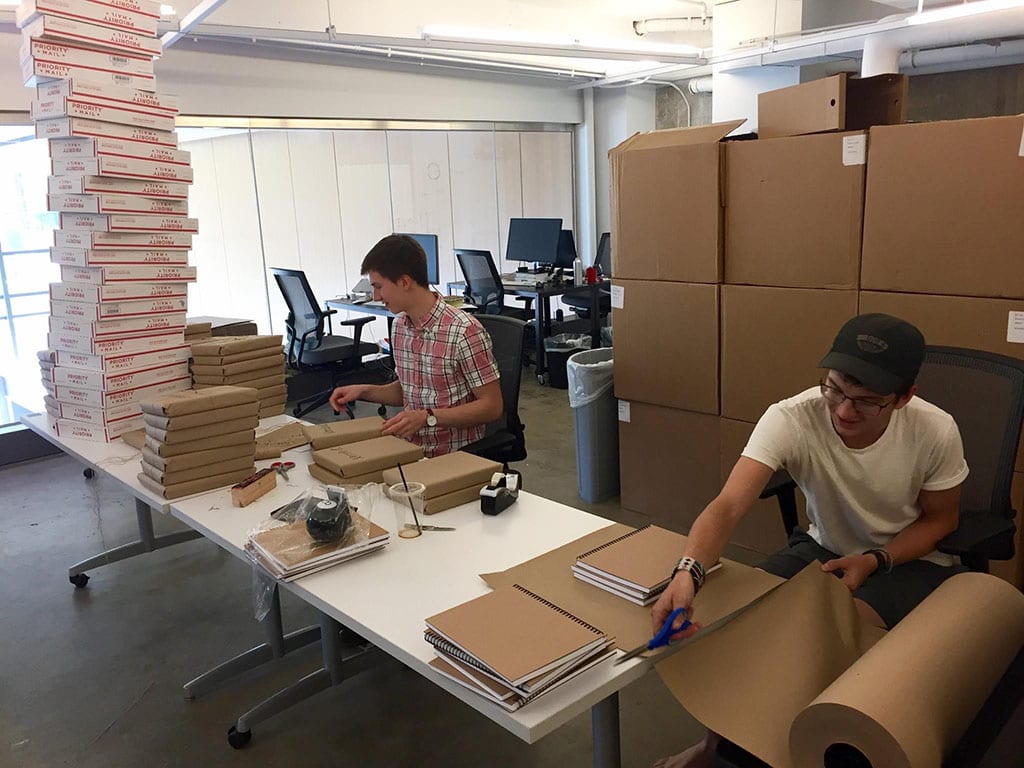 Who: Bennett Hensey, McCormick School of Engineering ‘19 + Co-Founder of Unruled.

Bennett has become a familiar face at The Garage as an integral member of Resident Team Unruled. Unruled. recently participated in The Garage’s summer pre-accelerator program, Wildfire, and took home third place at Demo Day and a check for $2,000 after impressing a panel of judges with their pitch to empower visual thinkers through environmentally responsible design. But The Garage wanted to get to know Bennett a little bit better, and learn more about his entrepreneurial and academic path at Northwestern.

Tell us about your major.

“I was always interested in engineering, and I really thought the Ford building on campus was a cool place to work from. I also participated in an engineering program called Murphy Scholars, which gave me the opportunity and funding to pursue a research project alongside 17 other motivated and passionate students at McCormick.

I started as a Materials Science major as a freshman. Within the first two years, I switched my major two more times to both Mechanical Engineering and then Manufacturing and Design Engineering. By my sophomore year though, I learned that my real passion was beyond basic science and I wanted to get my hands dirty dealing with real products and real people, so now I’m working toward a degree in a major I’m creating called Design and Innovation Entrepreneurship. It’s really letting me pursue what I’m passionate about: making things and seeing how people react to them. I’m learning so many valuable skills.” 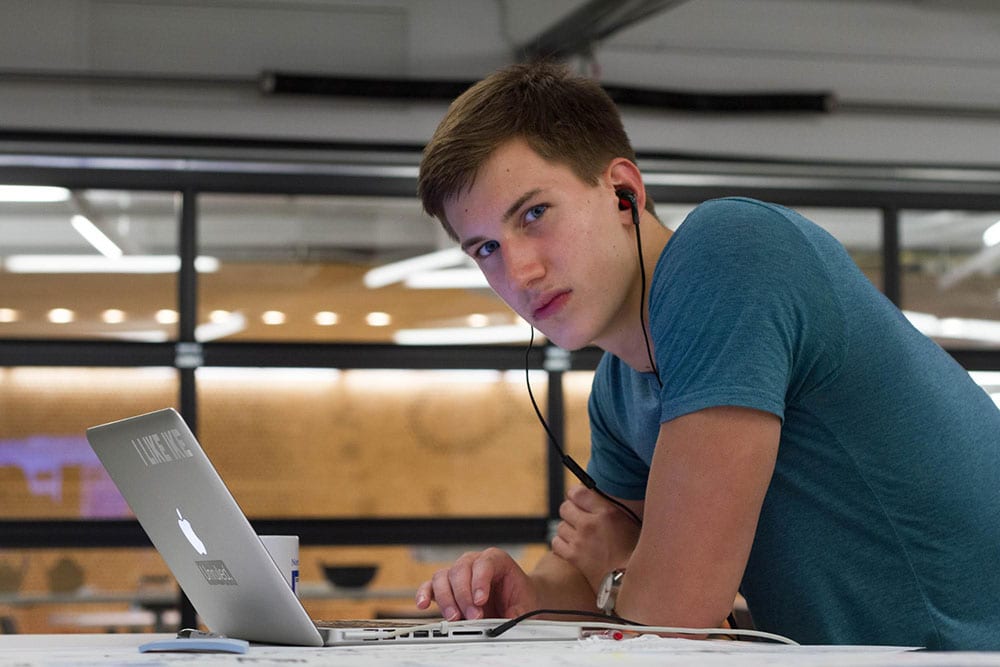 “I always thought that entrepreneurship would be a good fit for me, but before Northwestern, I had never had an opportunity to really verify that. During my first summer here, I did a lot of personal projects using what I had learned in classes, but I never intended to turn them into businesses. I took my first entrepreneurship class (ENTREP 225), and I’ve been working on Unruled. ever since. I had the idea for the unlined notebook long before I took the course. I had a lot of other ideas too, but the blank notebook is the one my whole group went with for a project.”

I think real growth comes from both learning in the classroom and then having real world experiences. Academics and entrepreneurship are more together than they are separate. And at Northwestern, there’s a lot of initiatives to combine the two. There’s tons of support and ways to integrate what I’m doing at The Garage with what I’m doing in class.”

“This year, Junior year, I think participating in an internship is important. It’s pivotal to potentially getting a return offer, and I haven’t had the chance to do an internship yet. Junior year, for me, is about deciding what my path will be after college. I think whether I end up pursuing my own projects or working in a large company, my experience as a student founder has given me a lot of the foundational knowledge of what it means to have a business and interact with people and customers. I’ve learned how a company culture is formed, and I have a better understanding of why it’s such an important part of a fulfilling job.”