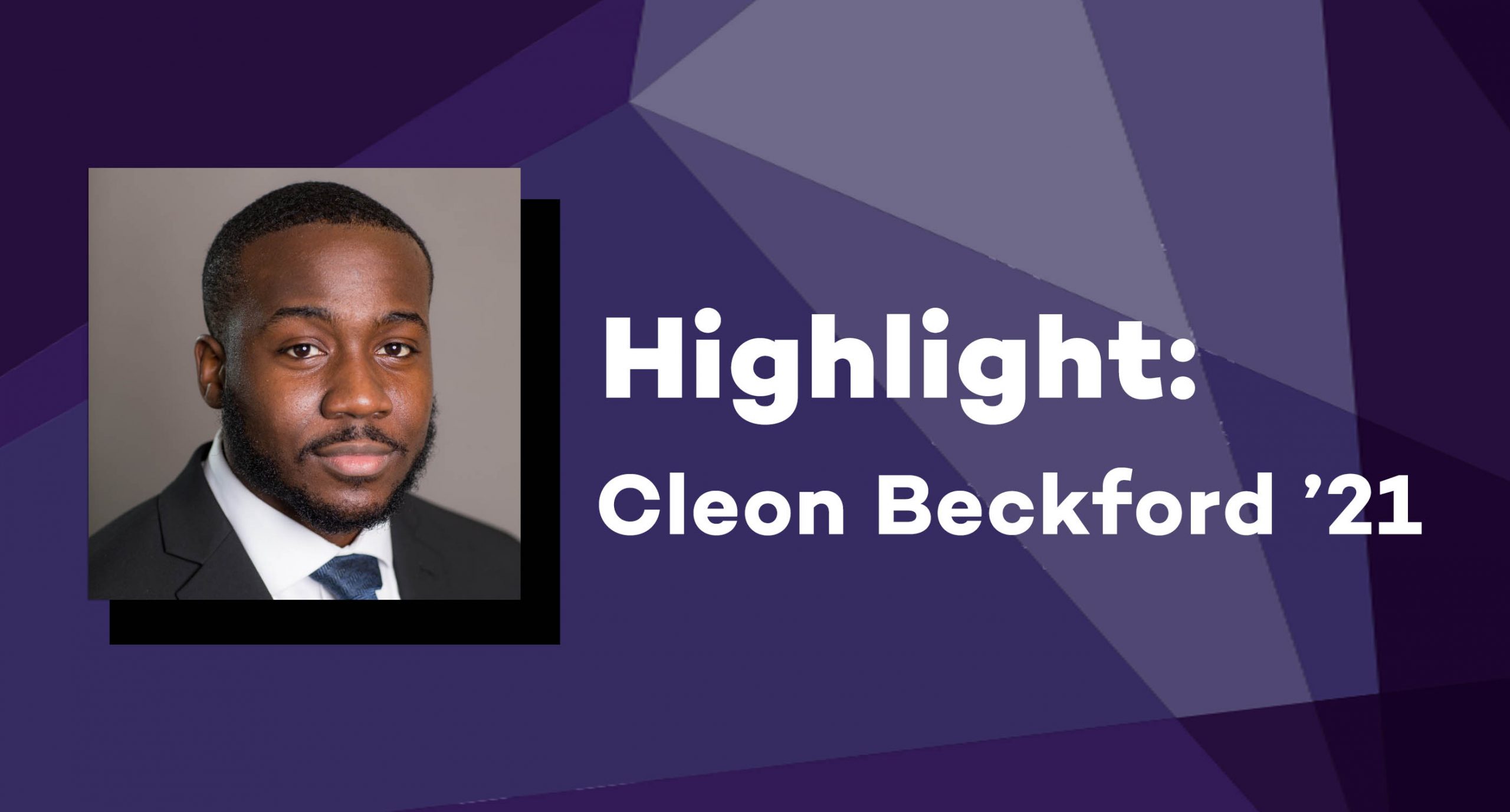 Cleon Beckford didn’t come into Northwestern thinking he was interested in entrepreneurship. However, he is someone who has seized every opportunity he has been given and The Garage is a hub of opportunity. Cleon is from Georgia, and studied Social Policy and Economics. During his time at Northwestern he was a part of Chicago Field Studies, Engage Chicago, and The Garage as a Resident team member and an Opportunity Fund recipient. He is no stranger to trying new things, having four impressive internship experiences during his Northwestern career at Bain & Company, Goldman Sachs, Hawk Partners, and Cozen O’Connor Public Strategies.

“Being around entrepreneurs made me want to build something myself.”

Cleon is working alongside his girlfriend, Kourtney Kinchen (‘20), on Encircled Jewelry, a resin jewelry company that donates their profits to different social causes. Encircled Jewelry was in part made possible by an award from the Opportunity Fund, The Garage’s fund to support low-income students in their entrepreneurial pursuits. During her gap year before law school, Kourtney wanted to work on a project that helped current and formerly incarcerated inmates and Encircled Jewelry was born. Encircled has already donated money to four different social justice causes based around the country. Cleon helps in most aspects of the business and has said how impactful it has been to “be a part of something that is actually helping organizations do incredible work across the country and great to see the ins and outs of a business as well.”

When Cleon reflected on his Northwestern career one of the things he said he would go back and do differently would be to get involved with The Garage sooner. As Cleon put it, “The Garage is filled with so many dope people.” Cleon met and connected with students like Matteo Price (‘21) and Sophie Davis (‘21) while at The Garage and built friendships that would go well beyond The Garage. Sophie and Cleon ended up being key to helping one another throughout the job recruitment process.

It was Cleon’s connection with the other students at The Garage and the work they were doing that drew him into The Garage. Cleon learned that being involved in entrepreneurship isn’t just for the students who want to create the next Fortune 500, it’s a great way to get hands-on learning and experience even if you don’t want to be a founder when you graduate. It taught Cleon to find the opportunities in life and make something out of them. Being in a space surrounded by people with a passion for the problems they were solving and the products they were building inspired Cleon to do the same, a lesson he will carry with him for the rest of his career.