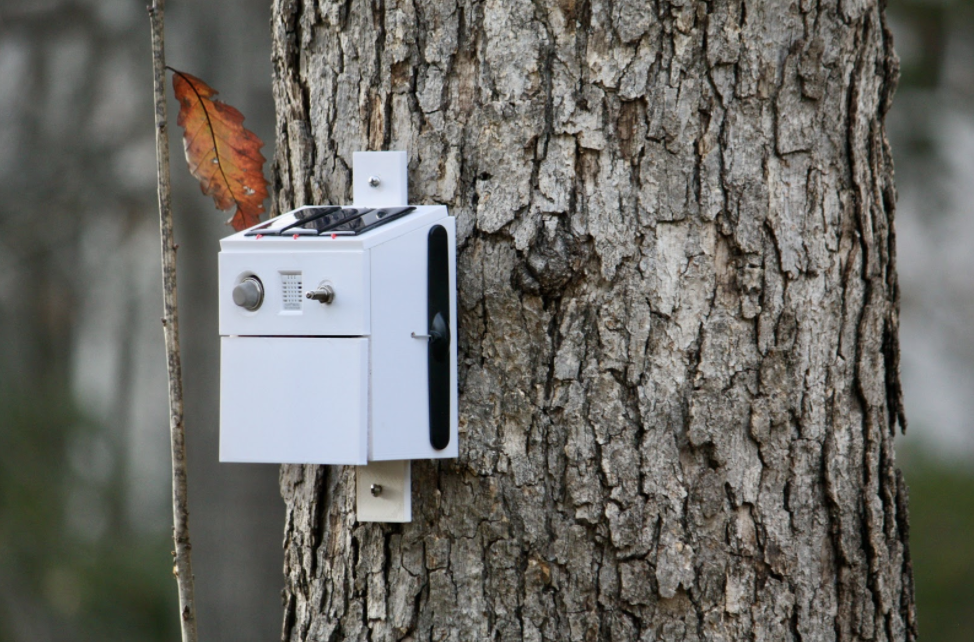 The Garage recently met with two of the co-founders of InfernoGuard, Kevin Kaspar, McCormick ’24 and Zoe Sherman, Lehigh University ’25, to learn more about their venture, goals, and challenges during their participation in Jumpstart, The Garage’s summer pre-accelerator program. InfernoGuard is developing a utility patented wildfire detection and warning system to improve response time and the negative impacts for at-risk communities.

Kevin, Zoe, and their co-founders Nandita Balaji, a rising sophomore at Johns Hopkins and Shreyas Bhasin, a rising sophomore at Wake Forest University, started working together as a team during high school in Charlotte, North Carolina. A STEM competition called eCYBERMISSION tasked high school students with identifying a problem or issue affecting their community and coming up with a viable solution. At this time, in 2016, wildfires were burning outside of Charlotte, causing environmental damage, including smoke damage and heavily impacting the city. The idea for InfernoGuard was born, but it looked very different.

The first iteration of InfernoGuard was a large metal box, weighing in at 30 pounds. Today, InfernoGuard is smaller and more efficient than ever. The device attaches to a tree and ideally to many throughout an area, forest, or property, and gathers environmental data including air quality and temperature. That data goes into a machine learning algorithm which determines a “yes” or “no” response to if there is a wildfire present. The devices placed throughout an area can also “talk” to each other to more accurately determine the presence of a wildfire.

Kevin and Zoe shared that while the increased prevalence of wildfires in the US has allowed the team to stick together and continue working on InfernoGuard over the last five years, it hasn’t changed the competition landscape much. Currently, most wildfires are reported by word of mouth, and while other companies have begun to do work like InfernoGuard’s, there are no widespread solutions in place. Camera-based sensing, for example, can actually miss a fire if not placed properly above the forest, and both camera and word of mouth methods often don’t detect fires until it’s too late.

Both Kevin and Zoe shared they’re passionate about everything involving their startup, especially because of their tight knit team, and both always had an interest in entrepreneurship. Kevin has always had an entrepreneurship mindset, but felt like it was hard to break into the entrepreneurial space. How do you come up with that perfect idea and get involved in the community? Kevin told us that working together with his team in STEM competitions gave him great experience, alongside joining the community of student founders at The Garage.

Zoe has also always had an entrepreneurial mindset, and remembers some of her first books were how to run a successful lemonade stand business. She’s especially interested in the science behind products like InfernoGuard, and especially has enjoyed the experience of combining the science and the business together.

During Jumpstart, the team is aiming to improve the notification system surrounding InfernoGuard. The system will send a text message notification but Kevin and his team are excited to work on more robust and user-friendly solutions, like a web dashboard. The InfernoGuard team is focused on product testing in controlled burns, developing data points to enhance their machine learning algorithm, and customer research and discovery. In fact, the team is excited to report they’ve just landed one of their first major test sites – Yosemite National Park!

Launching a startup can be intimidating, and is not without challenges, but the payoffs can be big. Kevin and Zoe both talked about how their experience working on InfernoGuard has increased their confidence and helped them gain new skills, like working with a team and thriving in ambiguity.

To stay up to date with InfernoGuard, you can sign up for their new newsletter here.

This article is part of an ongoing series highlighting the startup teams admitted to Jumpstart, The Garage’s pre-accelerator Program. For more information about Jumpstart, click here.