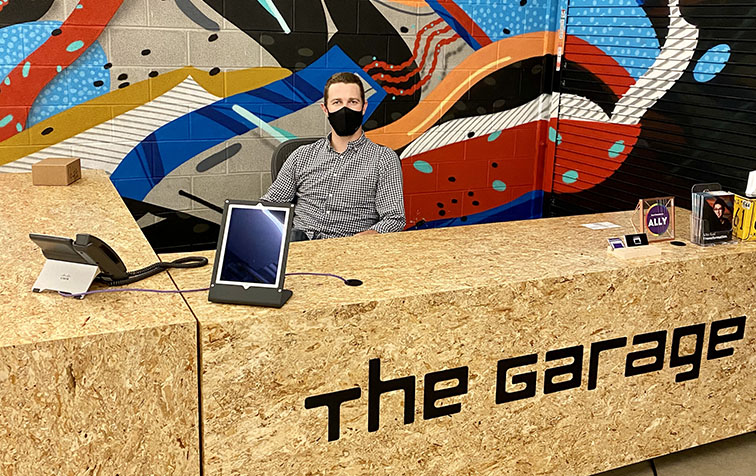 As associate director, Raab will be responsible for overseeing The Garage’s key programs and initiatives, developing relationships with the Northwestern and Chicago entrepreneurial communities, and building new communities around the world to support Northwestern student founders.

“Mike has done an exceptional job building vibrant offerings in the Bay Area,” said Melissa Kaufman, executive director of The Garage. “I am thrilled that he will be joining our team in Evanston to lead our programs and initiatives aimed at fostering Northwestern students as they develop an entrepreneurial mindset and skillset.”

This fall, while The Garage will continue operations as The (Virtual) Garage, Raab will be relocating to Evanston for his new role. He will also be returning to Northwestern as a student in Kellogg’s evening and weekend MBA program.

“I’m excited to continue my graduate education at Northwestern while working to help students grow their projects through the programs at The Garage” Raab said. “Northwestern has given me so much and I look forward to paying it forward to the students at The Garage in this new, expanded capacity.”

Prior to The Garage, Mike was an investor at a venture capital firm founded by Northwestern alumni, where he provided support and mentorship. He began his career serving in a multitude of strategy-focused roles at one of the largest media companies in Los Angeles. Mike is a proud Northwestern alum, having graduated with a BS in Communication focused on TV & Film.