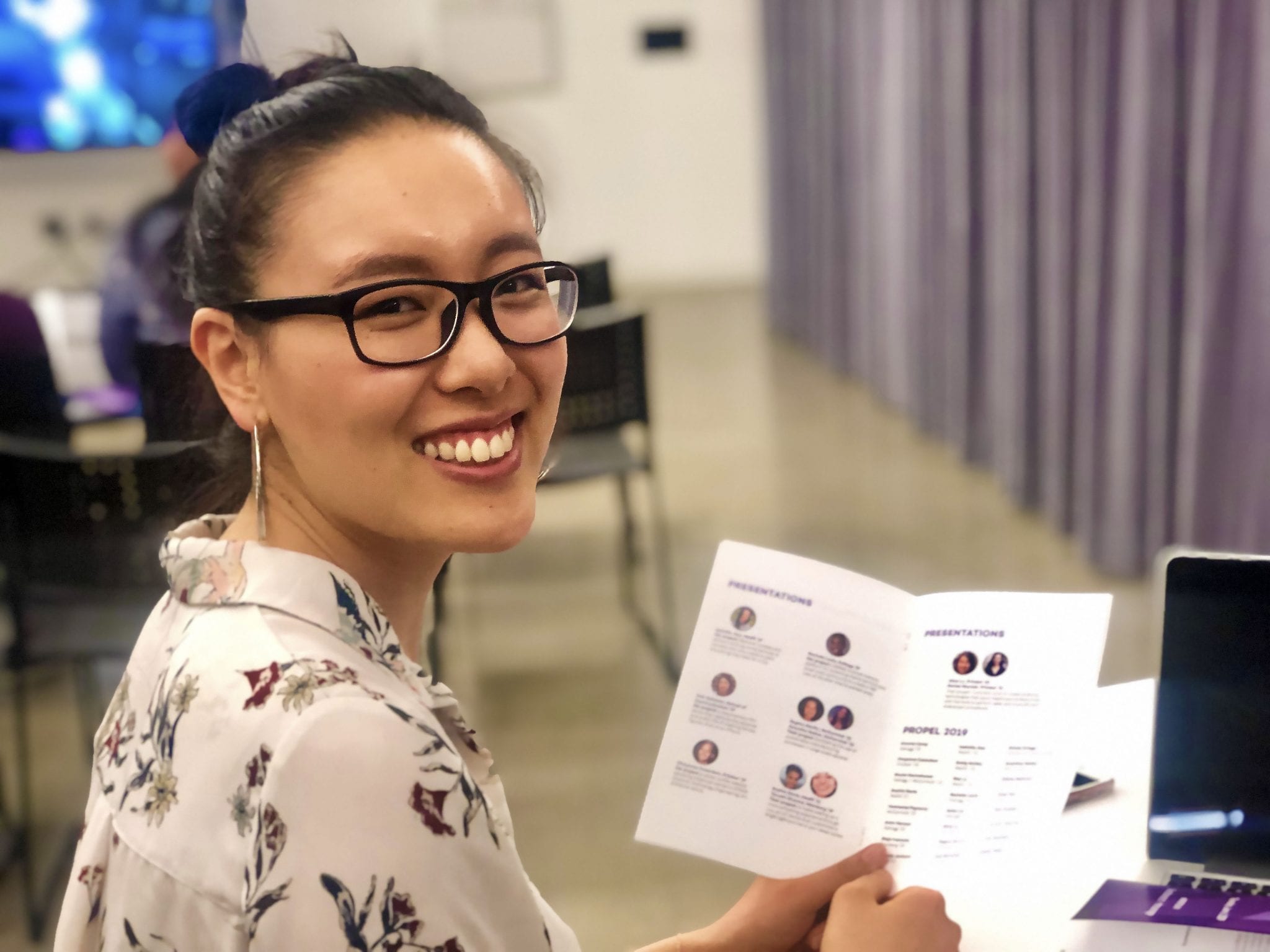 Since February of 2019, the inaugural cohort of the Propel program has been working on projects ranging from a light therapy lamp to a documentary about Chicago women. On June 6, seven of the Propel teams presented their accomplishments to an enthusiastic audience.

The first annual Propel Showcase, which included food and networking, was held at The Garage and attended by about 60 people from the Northwestern community and beyond. 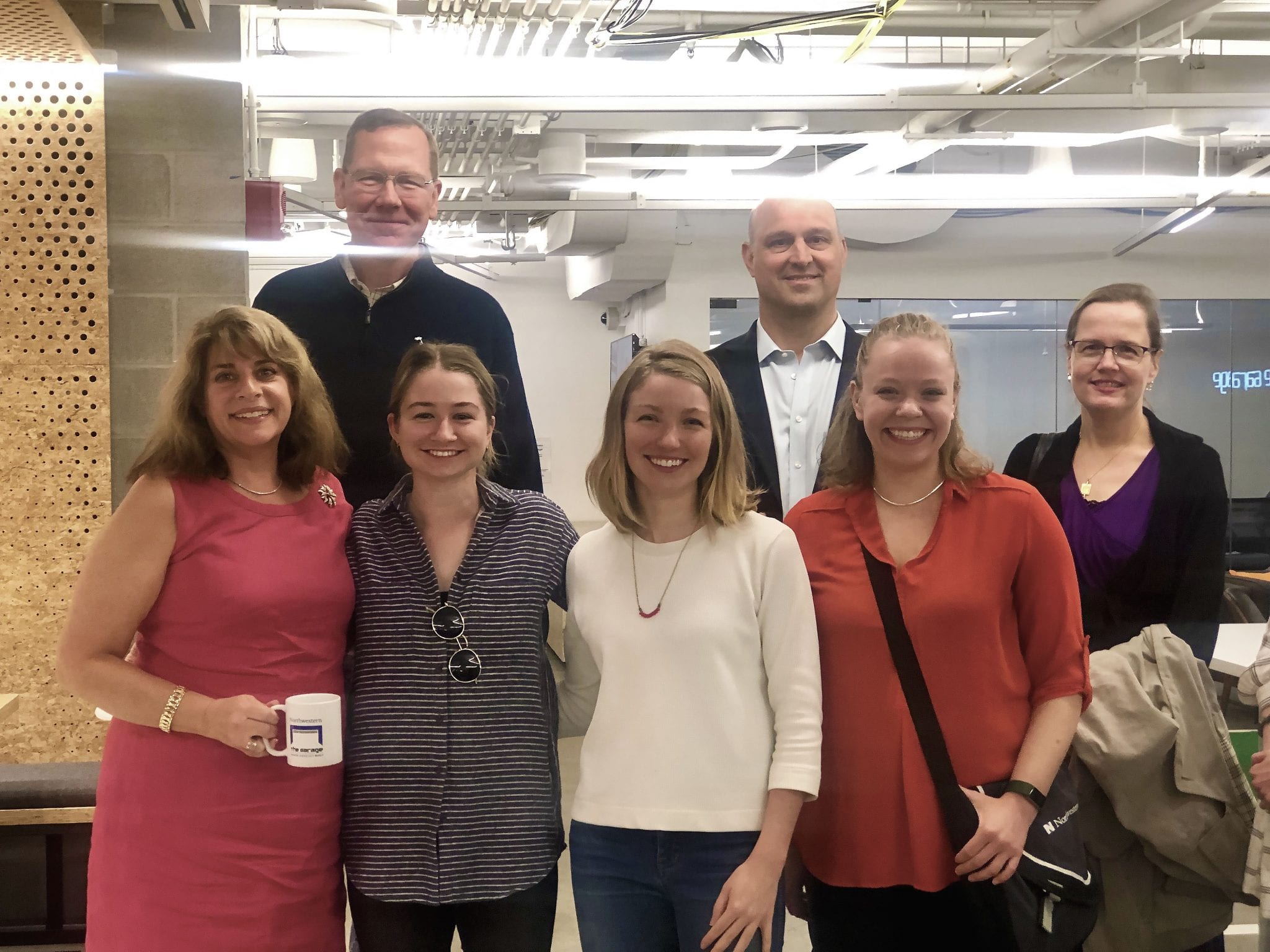 Associate Director of The Garage Hayes Ferguson, who manages the program designed to encourage women student entrepreneurs, kicked off the evening by thanking the 10 accomplished professionals who mentored the 24 “Propellers” over the course of four months. They included:

Valerie Friedman, ’85 who is a Principal at Bracebridge Capital, LLC, a Boston-based hedge fund; Sam Letscher, McCormick ’18, founder of BossyChicago, which promotes women-owned businesses; Molly Rouch, founder and president of an IT consulting firm; and Adrienne Weissman, an angel investor who has worked at Google and G2 Crowd. 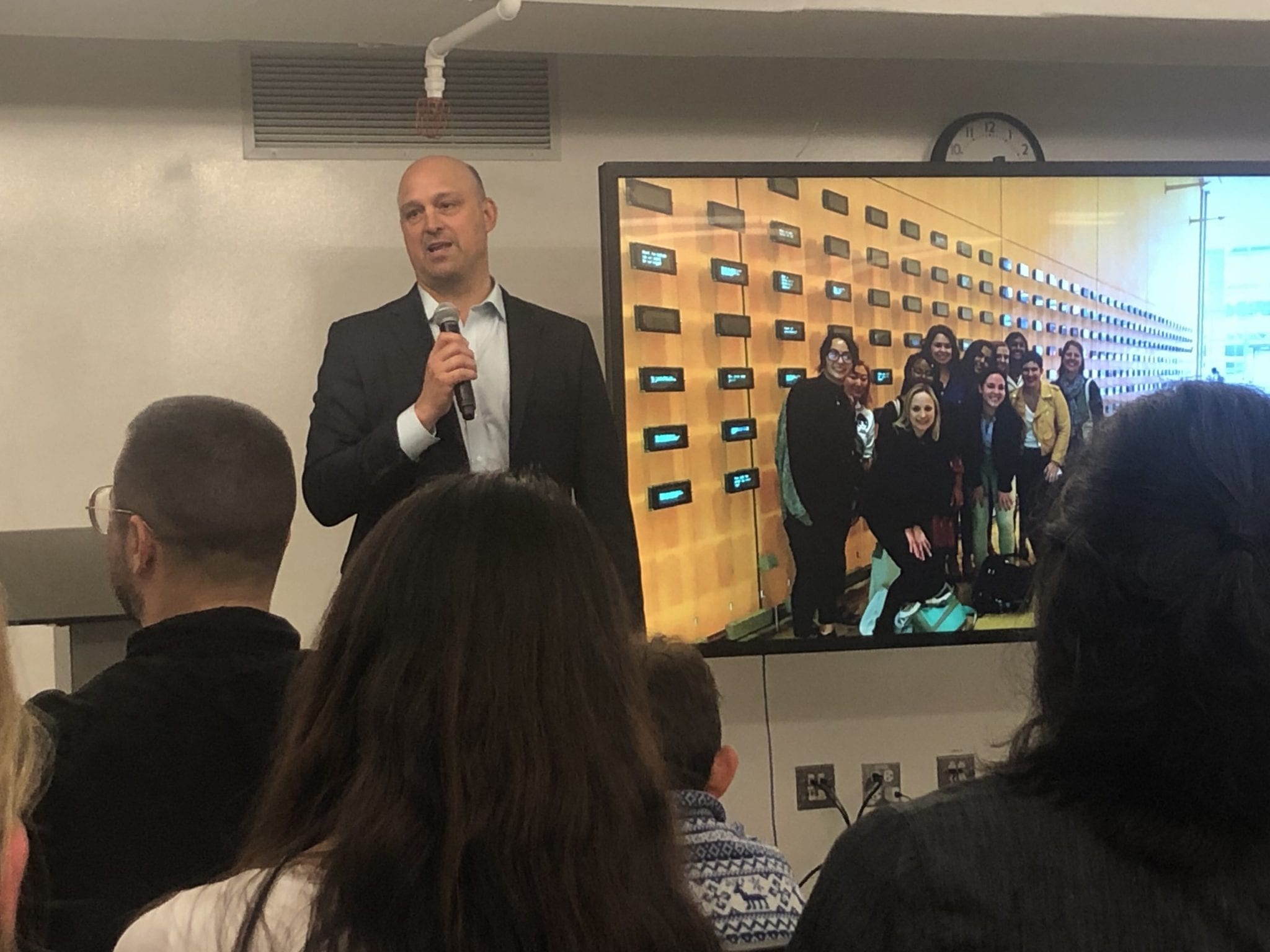 Elms’ remarks were followed by the presentations, which included reflections on the impact the program has had on them. In addition to mentorship and networking opportunities, the students received stipends of up to $1,000.

Medill sophomore Sophie Davis said she and teammate Tarushi Sharma, an HPME student, had appreciated the all-women spaces the program creates. Davis and Sharma are developing an IoT device that simulates a bright light sunrise to improve the experience of waking up in the morning.

Recent Pritzker graduate Cheyenne Cazaubon said she found the all-women networking most valuable as she worked on two ventures: Edith Technologies, which aims to mitigate pregnancy complications through personalized preconception guidance and Techtributer, a digital platform to connect and elevate women in STEAM. 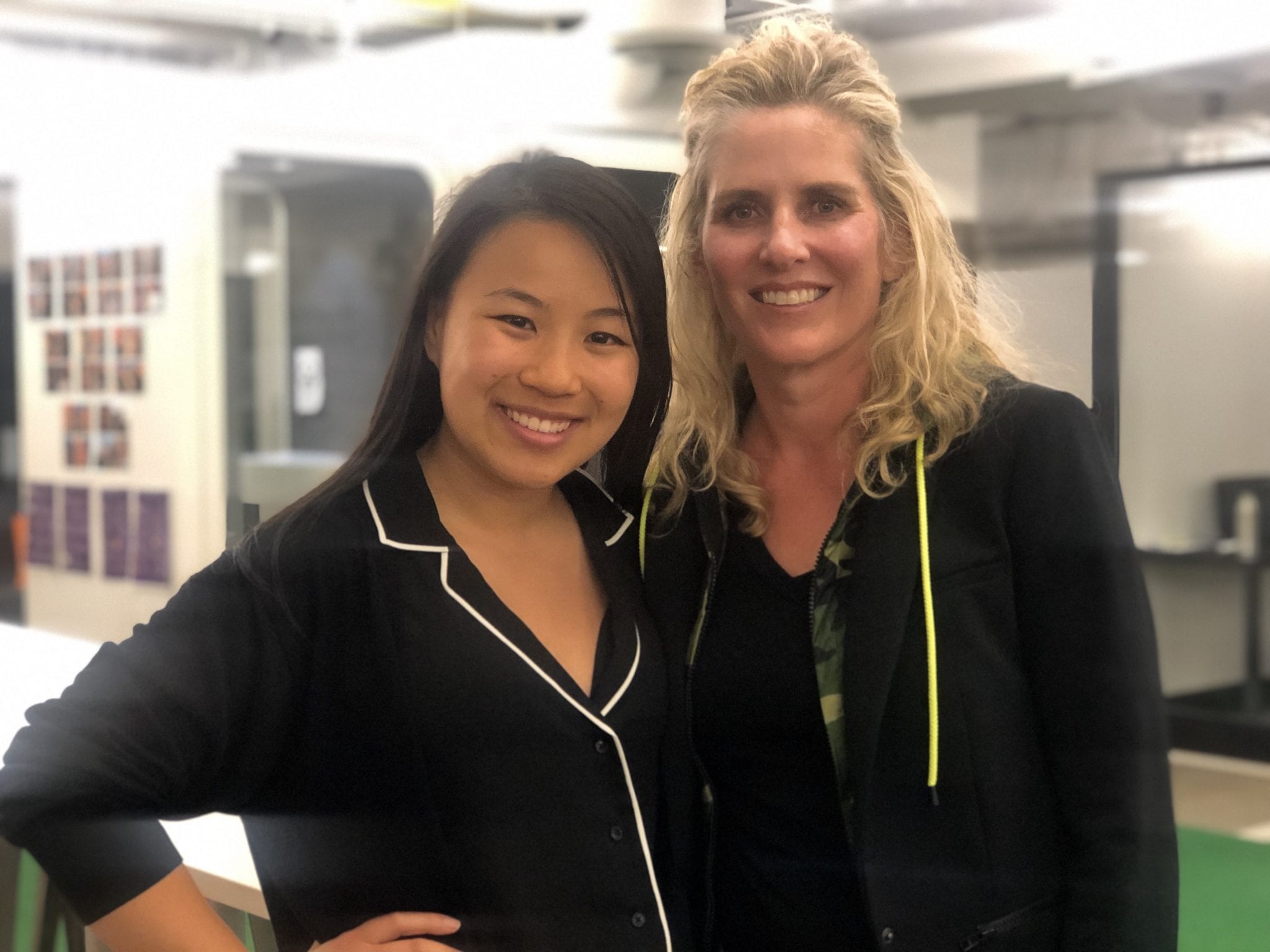 Kellogg student Rachele Louis said that without the money she received from Propel, the website for her startup, LifeWeb, would not have been possible. Louis plans to work on the venture full-time after she graduates this month.

Fighting back tears, Yuki Solomon, School of Communication ’19, expressed gratitude for being able, as a stay-at-home mom, to pursue her longtime dream of being a film director/producer. Her innovative project involved producing a documentary using an iPhone. She also plans to create a Japanese film festival in Chicago. 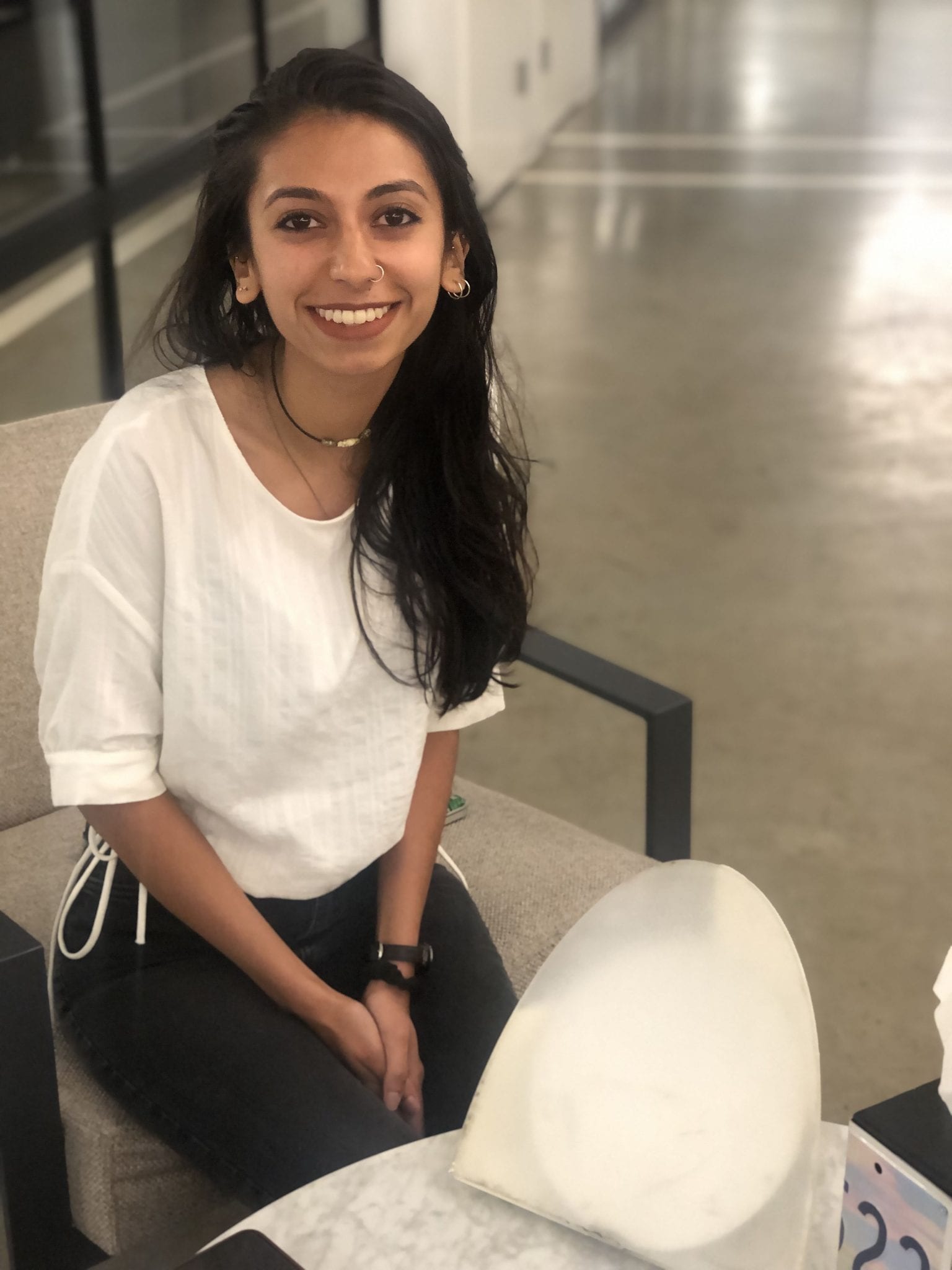 Propel launched in 2018 with a fall trip to New York City for eight women students who subsequently served as “ambassadors” for the program.  A similar trip is planned for October 2019.