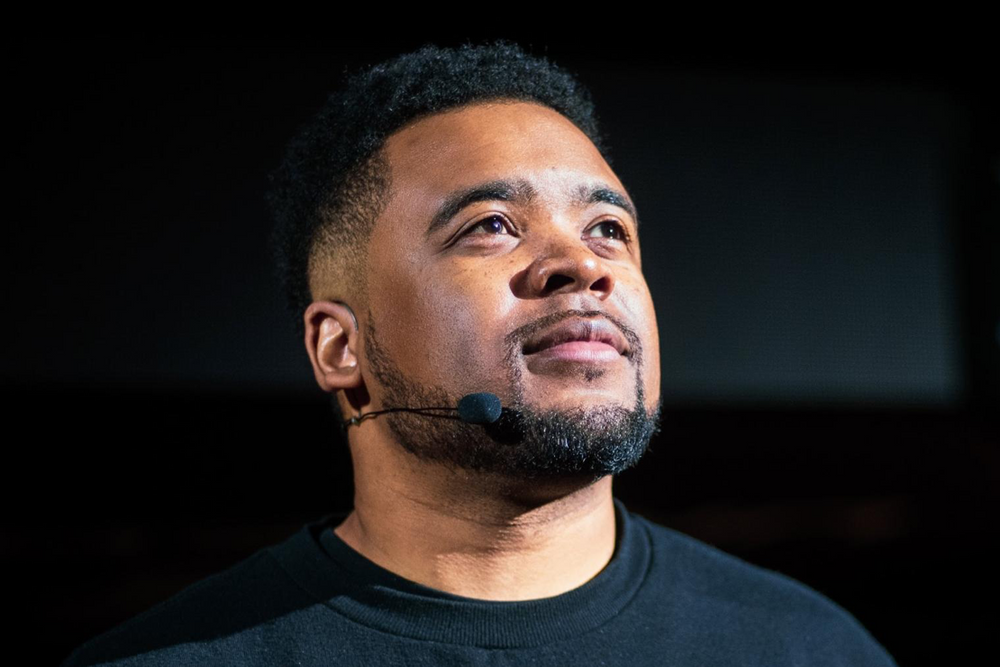 On January 22, 2021, Neal Sales-Griffin ’09, a man with an incredibly stacked resume as the managing director of Techstars Chicago, an entrepreneur, an investor, a Northwestern adjunct professor, and a board member, shared some of his knowledge and experience with the Winter 2021 Activate cohort. Watch the full event below:

Neal’s entrepreneurial endeavors began his freshman year at Northwestern. He met two other students with a business idea, they became friends, and the three of them decided to build the business. This was something he described as lucky, but true to the reality of the entrepreneurial world, he reminded us that getting lucky is the intersection of preparedness and opportunity. Given that their business (putting TV’s in doctors’ waiting rooms to educate patients while they wait) made over a million dollars in their first year, we were inclined to believe he had been prepared for the challenge, whether he had explicit experience or not.

From there, the flood gates opened. During his sophomore year, Neal decided to leave that business and opened up two barber shops on the South Side of Chicago. During his junior year, he interned in venture capital, something very difficult for an undergrad at the time. Showing the other end of the spectrum of luck, as he had defined it, he looked at the resources around him as a Northwestern undergraduate, and found an opportunity where others said there weren’t any.

Neal said something to one of the students during Q&A which applies here as well. “A goal without an action plan is a daydream….and that’s fine, you can make a lot of money while dreaming! But, you can make a lot more when you have a goal and an action plan.” Coming into junior year, Neal had the goal of working in venture capital, and he took steps to get there. Being at Northwestern, his biggest “in” into anything entrepreneurial was at the Kellogg School of Management. So he sat in on Kellogg classes, did some networking, and eventually worked his way up to working for two venture capital firms during his junior and senior years.

Another lesson from Neal’s experience that he shared is how our time is spent and balanced. Both being a student and going about life, we often get lost in the stream, doing what we are supposed to be doing, without considering how interactions and classes are meaningful to us or how they add value to what we are doing. Balance is important, of course – we must still do what we are supposed to for our majors, but how will that major add value to our lives? How else are we adding meaning to our lives?

After graduation, Neal asked himself a similar question before starting to teach himself software engineering and computer science at night “just for kicks.” In time, he got really into it, quit his job, and went full-time teaching himself to code and design with a few friends. This led to Neal starting a school/bootcamp for coding a year later. It was a success and the bootcamp was later sold. Next, Neal worked at a non-profit, giving kids with backgrounds like his a start in coding.

Currently, he is the managing director of Techstars Chicago. Techstars is a global accelerator that helps entrepreneurs succeed. In this job, he chooses 10 companies every year in which to invest $1.2 million dollars, evenly distributed across all 10 companies, and puts them through a three month accelerator program to teach them everything they need to know to succeed in entrepreneurship. As if this did not already make him a top-tier speaker for our young entrepreneurs, he is also raising a new fund at Techstars, called Rising Stars, meant to invest in Black and brown underrepresented founders of color across the US.

The Rising Stars fund will inevitably prove to be an incredibly valuable resource for Black and brown underrepresented founders of color. It is clear that the system, as it works now, is producing white men as founders in the greatest numbers. In order to increase representation of any group in this industry, we have to look at each part of the established system and act wherever there is a disconnect. One of those places is the friends and family fundraising round. The Rising Stars fund will invest in underrepresented founders who do not have the option to ask for money from a family member or their friends.

Having set the stage and introduced himself, as well as sharing some of the thought processes and lessons that went into and came out of his journey, the floor was opened up to a conversation about the various projects represented on the Zoom call. Having an opportunity for everyone in the cohort to practice talking about their projects was incredibly valuable, as the students got to see how an investor would ask about their projects and he was able to give more targeted advice.

One of the things he said during the call, before we talked about the student projects, reinforced the necessity and value of the Activate program on a broader scale to both myself, as a program coordinator, and to the students in the cohort. Melissa Kaufman, executive director of The Garage, was in attendance and brought up the fact that only 1% of venture capital-backed founders are Black, asking for his insight as a Black investor. To this, he said, “Networks beget themselves. In early stage investing and venture capital, who you know makes a major difference, and so if you’re investing in founders that have a certain pattern, that pattern recognition seeps into all of the thinking of everyone else. So who you bring in, who you allow to be an associate, who you bring on as a partner, where your deals are sourced from, all those networks that you’re tapping into, if all those networks lack diversity and perspective and you don’t have intention to diversify it further, then it’s not going to happen and it’s going to become harder and harder to change. So that’s been going on for decades.”

Neal also laid out for us one of the disconnects between underrepresented founders and the majority of successful founders. While the Rising Stars fund is helping to address one of the many issues we face when trying to increase representation in entrepreneurship, networks are also adding to lower diversity in entrepreneurship. Neal is just one person trying to make this change. It will take much more than the efforts of a few to change an entire culture.

Activate is designed to increase representation of an underrepresented group in entrepreneurship, but that would not be possible without The Garage’s greatest tool: it’s network. Through this program, these young entrepreneurs have met each other; through this program, the students met Neal; and through this program, the students know of other Black entrepreneurs who have come here before them. Change is not something that happens quickly. It is a long process and a frustrating one. However, with programs like Activate, with what is to come with Neal’s Rising Stars fund, and with other opportunities becoming available and having been fought for, pieces are being put in place. It is through the collective efforts of each of us doing our part that the puzzle will be completed.

Matt Reweta is a junior studying mechanical engineering with a concentration in design. As the program coordinator for Activate, an identity-based cohort program to make entrepreneurship more accessible and inclusive for Black Northwestern students, he is responsible for program recruitment and weekly meeting facilitation. Matt grew up in Tanzania and hopes to pursue a career in engineering project management after graduation.