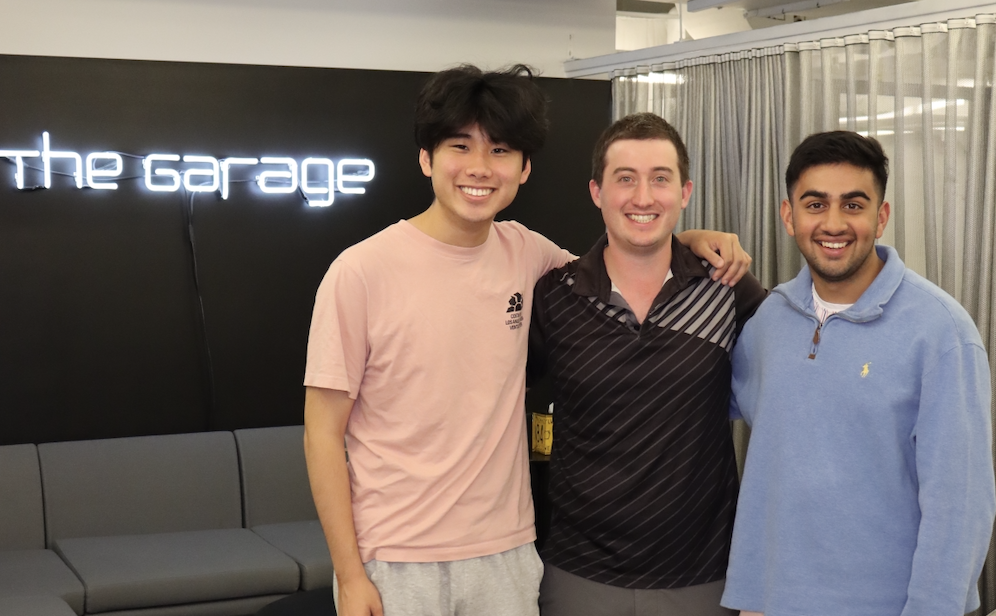 The Garage recently sat down with Jake Erichson, founder and CEO of Renota, to learn more about the company and his time in Jumpstart. The Renota team is spending their summer working to help math students receive more detailed feedback on their handwritten work while helping teachers save time.

During his time studying mechanical engineering at the University of Rochester, Jake worked as a teacher’s assistant, helping grade work and speaking with students. “For three years I spent about eight to ten hours a week grading work and giving feedback. I noticed that the first 90% was just trying to understand the work and that for only 10% of the time I was able to share valuable feedback with students. It all felt very procedural, like something a computer could do.”

After graduating, Jake began to work in management consulting, learning about business strategy for large companies spanning everything from tech to healthcare. After then spending time at a series B fintech AI startup, Jake began the MMM program at Northwestern University where he will be receiving his MBA from the Kellogg school of management and his MS in Design Innovation from the McCormick school of engineering. While he always had an interest in entrepreneurship, Jake was not always sure he wanted to be a founder. Upon arriving at Kellogg and entering the community where “everyone is willing to learn and engage with new ideas” Jake was excited to dive into the problem he experienced as a TA. “Teachers want to give individualized feedback to each student but in order to do so, they have to dedicate an unrealistic amount of time to grading.”

Now, throughout the ten-week Jumpstart program, Jake and his team have worked on developing relationships with teachers and schools. “We want to make sure we are serving them in an effective manner … their advice is invaluable.” Additionally, Jake shared that being a part of the Jumpstart cohort has “pushed [us] to explore so many different paths. The insights I have received and conversations I have had are some of my favorite parts of Jumpstart.”