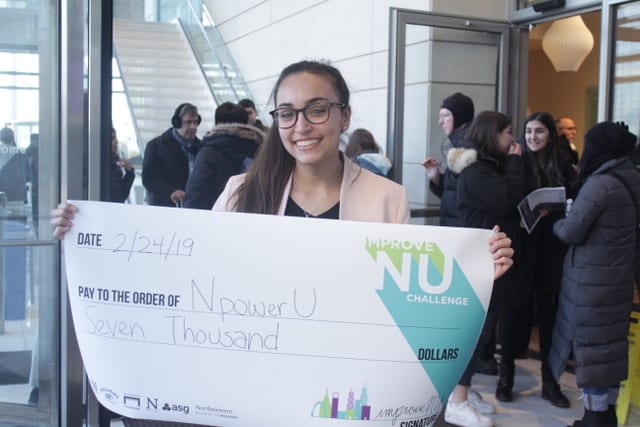 When Lilliana de Souza transferred to Northwestern, she said she was surprised by the lack of safety training during orientation. As the ImproveNU competition rolled around, de Souza decided to take matters into her own hands. She founded the safety initiative NPowerU and won first place in the competition.

The Garage sat down with de Souza to learn how and why she’s preparing to kick off NPowerU this fall.

And then September through December we had [several] police reports. As it got super cold, it kind of stopped. Once we got into February, when ImproveNU was, people had kind of forgotten about it.

Over Christmas break, my mom bought my little sister and I personal safety alarms. We learned how to use them. I’ve been having mine on my coat all of winter. So when the [ImproveNU] competition came, I was thinking, what would I improve at this school? That’s what I [decided I] want to do.

[The judges] really wanted to listen. [They] were telling me they wanted to help in any way they can.

When you win, you get to be a part of The Garage for the quarter while you implement [your idea]. Now, I’m one of the Little Joe Ventures fellows. That happened a month after ImproveNU, so now I’m super integrated in The Garage. 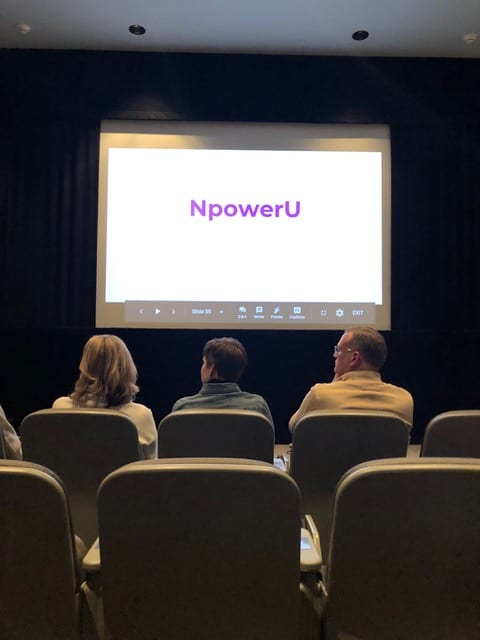 We’re going to order a bunch [of personal safety alarms], enough for the incoming freshmen class and new transfers. They’re going [to get] them at Wildcat Welcome.

Hopefully, the plan is [new students] have to go through [an] hour-long session for NPowerU at Wildcat Welcome. I’d make a presentation for them of everything that they would need to know to take safety seriously. Our hope is that it’s a symbol: you’re in charge of your own safety. It’s empowering you to take safety into your own hands.

The Associate Dean of Students as well as the Chief Commander of Police have been nothing but supportive as I have begun to navigate the required channels to get our initiative up and running.

The Garage, students and school have been so supportive, and people who go to other schools that I’m friends with are like, ‘oh, that should be on my campus.’ Hopefully I’m inspiring other people, which would be super cool.

It has served as a hub to find passionate people. Also, the residency program is amazing. You get a mentor. I asked the Dean of Student Conduct to be my mentor. He’s really helped me. He was one of the judges at ImproveNU.

All the people who work at The Garage are also my mentors. I feel not scared or overwhelmed because there’s all these people here to help me.

Megan Lebowitz is a freshman majoring in journalism. She is a reporter for Northwestern News Network and loves storytelling in all forms. She is from Cleveland, Ohio.