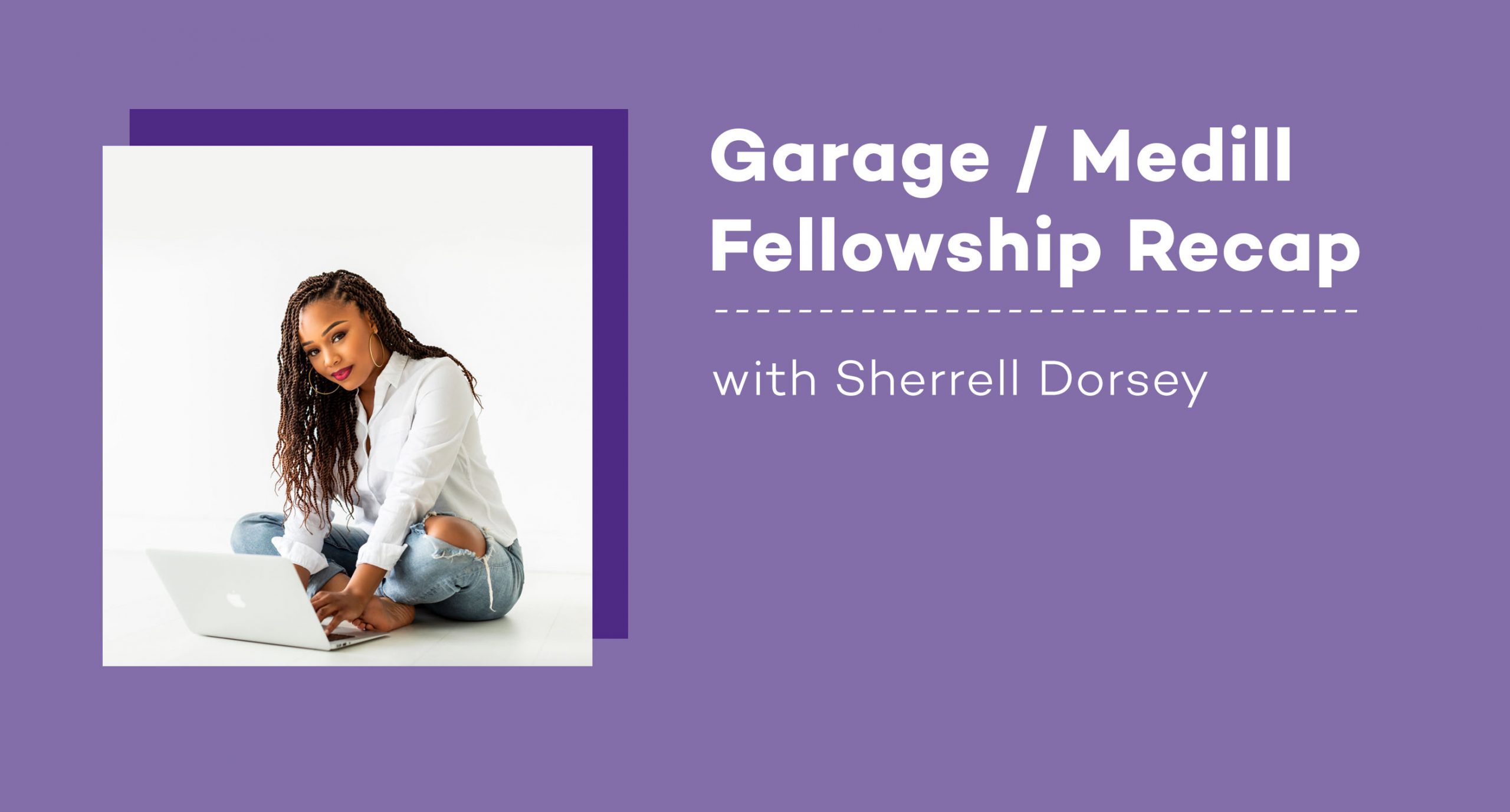 The Garage/Medill fellowship was launched at the beginning of the 2020-21 academic year and was built to support diversity amongst entrepreneurs in the media industry. With only 2.6% of VC backed startups having a Black or Lantinx founder, there is a huge need for increasing diversity in the space and offering essential resources to founders of color. Along with a financial award to support the entrepreneurial work of the selected annual fellow, the fellowship also grants access to many Northwestern University resources including The Garage and Medill communities. We are so proud to have had Sherrell Dorsey as our inaugural fellow of the program.

Sherrell is the founder and editor-in-chief of The Plug, a subscription based newsletter that covers the Black innovation economy. Launched in 2016, Sherrell saw the need to highlight the stories of Black founders, scholars, and change makers and the effects they are having on the economy and their industries. Her work has been featured in VICE, The Washington Post, Seattle Times, The Information, and more. Sherrell has been a contributing writer for notable publications like Columbia Journalism Review, Fast Company, Black Enterprise, and others. In 2018, she was named an inspiring woman in tech by CNet. Prior to launching The Plug in 2016, Sherrell worked as a marketing manager for Uber and in sales as a contractor for Google Fiber. She founded BLKTECH Interactive in 2016, an award-winning hub that has supported over 2,000 entrepreneurs and technologists of color throughout the city of Charlotte, North Carolina.

During the fellowship Sherrell has continued to grow The Plug in amazing ways. She raised a pre-seed round of funding as well as added a managing editor and staff reporter to her team. The Plug is now also offered on Bloomberg Terminal and licenses The Plug’s content with Business Insider.In October of 2020, The Plug hosted The Plug: Evolution of Next, a live summit with over 20 Black thought leaders from a myriad of industries in business.

As a fellow, Sherrell was a member of The Garage’s network and virtual community. Sherrell also hosted one-on-one office hours with students at The Garage, sharing advice and key learnings as an entrepreneur in the media industry. She hosted a well-attended discussion on the development of her startup in October 2020, sharing her story with students from Northwestern. During her talk, she reminded students the importance of being adaptable and having true passion for your work. Read the full recap and watch the recording of Sherrell’s talk here.

“The fellowship not only gave me resources to grow The Plug into what it is today, but also an amazing ecosystem of support and learning to help me grow as a founder.”

We look forward to watching Sherrell and The Plug continue to grow and succeed and have loved being a small part of her entrepreneurial journey!