This is part of a series of stories about how student entrepreneurs have adapted or shifted their business in the face of a global pandemic.

Ibraheem Alinur is an Engineering senior at Northwestern and the founder of City Health Tech, a startup focused on building the infrastructure for smart, healthy, sustainable modern cities. The company’s first product, Opal, is the first hand-washing device that sits next to a sink and tracks hand-washing times, encouraging users to wash for the recommended 20 seconds. In recent months, Ibraheem and his team of 22 people have shifted their go-to-market approach as a global health pandemic closed the organizations that they had partnered with to pilot their device.

“Our framework for this year was to run an experiment and collect data on hand-washing times by deploying pilots in elementary schools this spring. That plan fell apart when schools had to close due to the pandemic.” 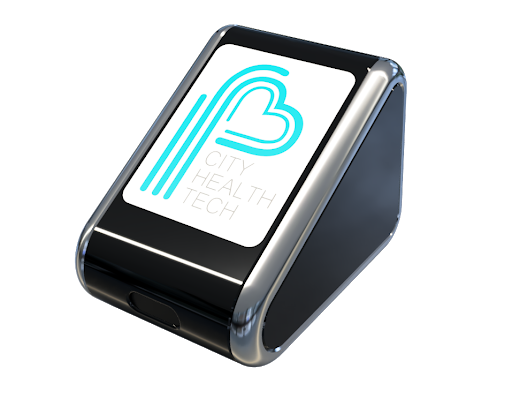 Ibraheem notes that the transition for the team to work virtually was a little rough, but that they were able to think on their feet. At first they considered launching a Kickstarter campaign, but after a couple of weeks of preparation, realized that a direct-to-consumer approach would take too long. Instead, City Health Tech pivoted it’s go-to-market approach to focus on businesses and organizations that want to ensure that their employees or members comply with hand-washing standards, such as restaurants, hospitals, and schools.

“Everyone now understands the importance of thoroughly washing their hands, so a lot of that legwork has been done. As we as a society look to re-open everything and return to work, we want people to feel more comfortable in those environments.”

Before founding City Health Tech, Ibraheem was working on another startup that was building an applicant tracking app for student groups. But a conversation with Melissa Kaufman, executive director of The Garage, eventually pushed him in a new direction.

“She asked me, ‘Is this what you’re passionate about?’ She pushed me to think about what I really wanted to do, and if I could do anything, what would that be? About a week later I saw an article about smart cities and I thought, ‘That’s really interesting!’”

At the time, Ibraheem’s mother was getting her Practicum in Nursing and happened to mention to him that doctors and nurses didn’t alway wash their hands as long as they were supposed to. Further, there was no way to anonymously collect hand-washing data – it required a human watching with a stopwatch and a clipboard, rudimentary technology that also skewed the results. After shutting down his previous startup, Ibraheem founded City Health Tech the fall of his junior year.

“As we looked into the importance of hand-washing compliance, it wasn’t just hospitals, it was restaurants, elementary schools, everything. We knew from the outset that this was going to be a very valuable dataset.”

Ibraheem and his team began looking at different industries to launch in, and utilized The Garage’s mentor and expert networks to help guide their decision making as they built their first product.

“I’ve had a meaningful relationship with almost every mentor and entrepreneur in residence (EIR) at The Garage. It’s been really nice to have that diversity in terms of, ‘Okay, I need product design help. One of the Parkinson brothers (the co-founders of Peapod) has a Masters in Design, so I got to talk to him. Or, I really need to learn more about the FDA and regulation space, so I get to talk to Paul Burton. I have some legal questions, so I talk to Brad Falkof. I’m thinking of raising some money, so I’ll talk to Lilia Kogan. The Garage’s network is literally like a Swiss Army Knife of different people to talk to whenever you need help.”

That network and access hasn’t gone away even if students and mentors aren’t on campus this quarter. “Even though The Garage is virtual this quarter, I still talk to my group of friends from The Garage. I still talk to my mentors, including all of the EIRs every other week or so. One of the biggest challenges of shifting to virtual work for any organization has been recreating that sense of community, but The Garage has succeeded.”

Since City Health Tech’s mission is highly relevant in a time that public health is in the spotlight to a degree greater than ever before, the company has gotten the attention of many in the press in the past month. Ibraheem has been interviewed by four outlets, including Fox Chicago and WGN Radio. He has also been asked to appear on over a dozen podcasts. Those interviews have spread the word about City Health Tech, resulting  in some prospective customer conversations.

“Just from a late night radio interview that I did at 2:30 am, we received an inquiry from a distributor who is interested in purchasing 1,000 Opal devices for their network of restaurants. After appearing on Fox Chicago, the regional director for Bright Horizons, a network of over 1,000 pre-schools nationwide, reached out with interest to test Opal in some of their schools.”

City Health Tech was recently announced as a Semifinalist for VentureCat, Northwestern’s annual student startup competition which will be held virtually via Livestream on May 20th. Ibraheem credits The Garage for helping him get City Health Tech off the ground. “I’ve been part of The Garage for almost five years, since it first opened. So I’ve seen the genesis from opening the doors to where we are now, and it’s crazy to see how much more diverse the teams have become, and how the community has grown. I’ve been involved in so many different programs, from Wildfire, to the X-Factor Program, to now being in VentureCat. I’ve really experienced the full suite of programs and funding opportunities, which have been really helpful.”

In addition to preparing for the VentureCat competition, Ibraheem sees a busy month ahead. “This next month is going to be pretty important. We’ve had a lot of conversations with people who are interested in buying 1,000+ devices. If we can land one of those, we’re going to take that customer, go to a product design house, get some funding, build it out, and deploy by fall.”

In light of a global health pandemic, Ibraheem’s mission of improving public health infrastructure seems more important than ever before. Hopefully someday soon, you’ll spot City Health Tech’s Opal device at a sink near you.

Mike is responsible for local operations, programming, and building a community of entrepreneurial focused Northwestern alumni, students, and faculty in San Francisco. Prior to The Garage, Mike was an investor at a venture capital firm founded by Northwestern alumni, where he provided support and mentorship. He began his career serving in a multitude of strategy-focused roles at one of the largest media companies in Los Angeles. Mike is a proud Northwestern alum, having graduated with a BS in Communication focused on TV & Film.