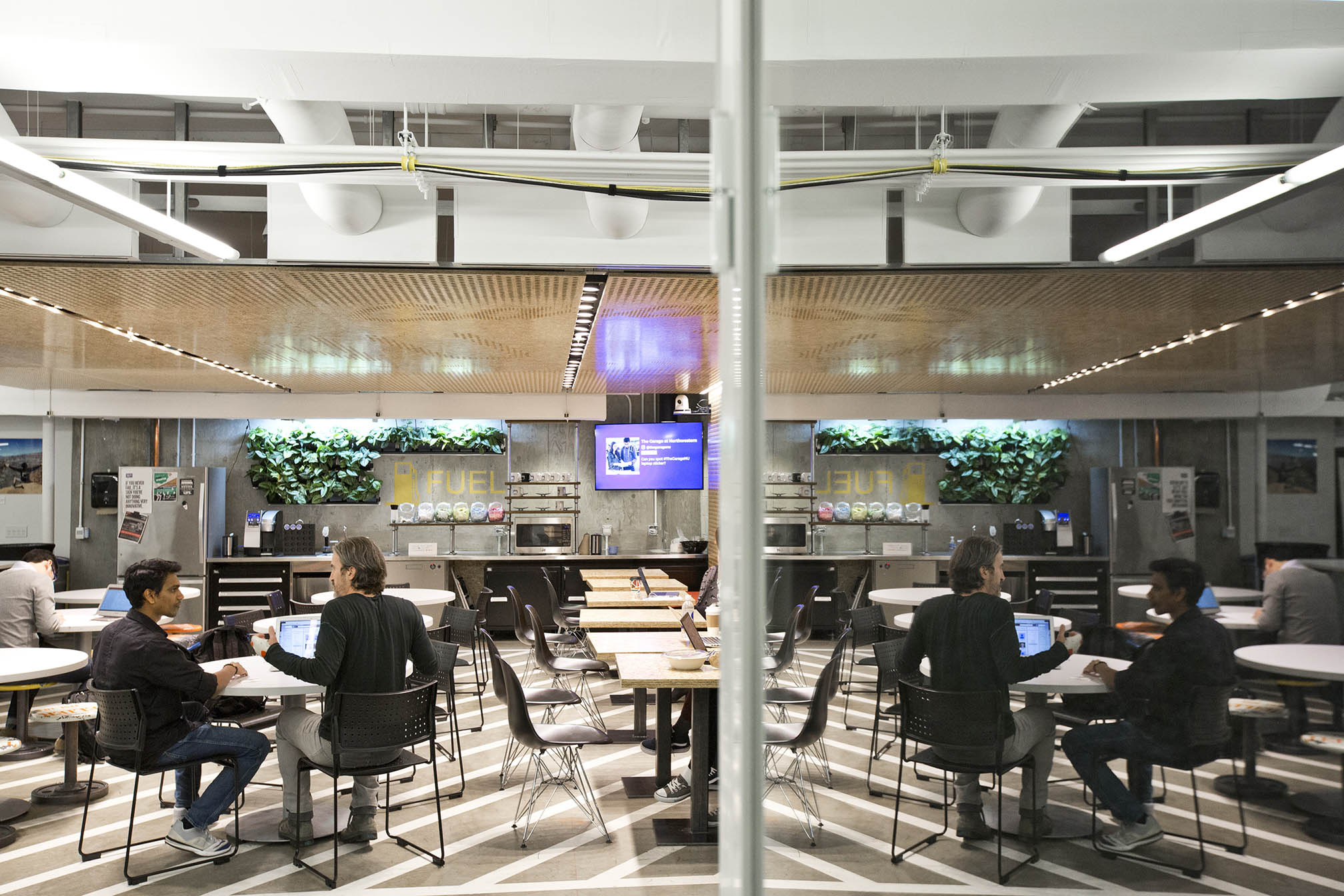 Traveling abroad to a foreign location can be a great experience! Every location has its own culture and unique wonders to experience. But whether it’s for business, vacation, or academic reasons, you’re bound to need money. Sometimes you’re lucky and your destination uses the same currency as your home country, however, this is not always the case. Usually, travelers must exchange their currency for foreign currency. And often at the end of their trip they end up having excess foreign currency without anything worthwhile to spend it on and they end up wasting it.

Community Currency, a startup founded by Evan Taylor, is a 501(c)(3)-incorporated non-profit that repurposes leftover foreign currency from international airport travelers, changing the lives of underprivileged children by funding local charities. They aim to collect any extra foreign currency that travelers may have as they return to the US through eye-catching receptacles placed throughout international airport terminals. Ultimately, they hope to use that money to make an impact on US public education, beginning with Chicago Public Schools. And The Garage sat down with Vice President, Jackson Lehmar, and Director of Research, Robbie Markus, to learn more about Community Currency. 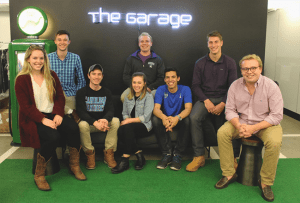 Robbie: “So it’s pretty funny actually. The idea initially came from the mom of our CEO, Evan Taylor. They were flying back from Mexico last summer and they had a good amount of pesos left over which they ended up just spending on wasteful things. They realized that no one is doing anything with this money so Evan’s mom said something along the lines of, “I wonder how much foreign currency is out there that is just completely wasted and unused.” Evan played around with the idea that summer and when he got back to campus he reached out to some of his friends and others who had work ethics that he respected and told them that he really wanted to make this happen. He believed we could use this completely wasted foreign currency for a really good social cause. We could convert this money and turn it around to give it to a socially inclined purpose.”

What is the problem you are targeting and how do you plan on solving it?

Jackson: “So Robbie just touched up on it, but the problem is that there is this space of foreign currency that is brought back to the US without anywhere to put it. We did a ton of research and found out that currency exchange partners in the US no longer take foreign coins because it is too costly to ship all them back to their manufacturers. Also, processing is too expensive and they don’t do it anymore, only third parties do it now. We did hours and hours of research and market analysis. We crunched a ton of numbers and found out based on our estimate, that there is roughly 95 million dollars in wasted currency that will circulate throughout the year.

Currently, there’s this company called Change for Good. They’re a non-profit that works exclusively with Unicef and American Airlines. Instead of placing a receptacle in the airport, they take bins on flights and the stewardess will walk by to collect any donations. So, imagine these numbers: since 1997, Change for Good has made 27 million dollars, thus averaging about 1 million dollars per year.  Our solution is to be in every major international terminal and TSA checkpoint and have receptacles placed that are eye-catching so when people walk by they will see a an initiative worth donating to. These individuals could walk by and drop their coins in and we would take the money and ship it to Global Coin Solutions. Global Coin Solutions is a third party currency exchange company that we’ve already talked to and have a handshake agreement with. We drop the coins in a box which is pre-labeled and we ship it to them and they send the money back to us while they take a 25% cut.”

Robbie: “And the larger social impact that it’s going towards is education. A lot of what Jackson and I will be doing this summer, especially because education policies in the U.S are so tough, is trying to figure out how to make a difference with the resources we have and cut through all the tough problems with public education in the U.S. It’s something that, as a political science major, I very much look forward to doing!”

Jackson: “There’s two spaces that we will really be working on this summer at the Wildfire pre-accelerator program. One is the manufacturing side, prototyping the receptacle as well as branding and marketing it so that it is appealing to people in the airport. The other side is continued research into what demographic we are looking into to get people to drop coins into the bins and reach out to CPS, principals, local hospitals, and nonprofits to identify their biggest need/problem.”

Who is the team composed of?

Jackson: “I am the Vice President and I run operations, float around, and oversee the Board and chair positions. Robbie is similar and we do a lot of floating around together. Although we have positions, everyone collaborates which I think is really important because it keeps people on their toes.

I’ll speak on Evan’s behalf. He is our president, our CEO, and the one who came up with the idea. He runs most of the motions, keeps us on our toes, and keeps us motivated. As for the rest of the Board of Directors, we have Jason Kerr, our treasurer who runs everything in the legal realm, and Justin Hennenfent, our secretary, who also headed our recruitment process recently.”

Robbie: “Over winter break I wasn’t working so I was really excited to go 24/7 with Community Currency. I was hyped! During the school year, you’re taking four classes and you’re in various student groups. Over winter break, I didn’t really have anything. My main goal over winter break was to find someone that could convert this money for us. I wanted to figure out how to do this because there aren’t that many other people out there aside from Change for Good that are doing what we’re doing. I was a little bit concerned that people hadn’t done this because there wasn’t someone to convert this money. We needed to find someone that could convert this money in an efficient way, the way we want it.”

Jackson: “This is something we had researched all throughout fall, but we still couldn’t come up with a solution.”

Robbie : “Yeah, so over winter break I did a lot of research on it and I reached out over LinkedIn to people with banks or foreign currency exchange companies. I must have reached out to three CEOs each day with a 5% response rate. And that’s tough because you know you have a good idea, but people just won’t respond. You know you just have to get up the next day and do it all again. That was the time when I felt like wow, this is tough, but once we find the one person that will work with us, our problem will be solved. And we finally found this guy in Canada who seems incredible.

Robbie: “This is an interesting question for me because I’m not particularly interested in entrepreneurship since I’m majoring in political science and radio television and film. But the main reason I’m here is that I’m very interested in helping people and because of the the social impact of non-profits. The entrepreneur that I do look up to most is Elon Musk because I think it’s so easy for your thinking, and daily thought processes to be defined by the context around you and the news you read. But Elon Musk has consistently shown an ability to think completely in a manner that the rest of the world isn’t thinking in.”

Jackson: “Similar to Robbie, all my life the best thing in this world is to be able to help someone else in need and I’m involved in multiple nonprofits on campus aside from this as well. I never really had the entrepreneurial mindset but I would say the one closest to me that I admire most is Evan, our founder.  And throughout the past nine months he’s been so steadfast and such a great leader. He has done everything from meeting every week and emailing every person on this planet to securing every promotion and connection that we have.”

Robbie: “For me, I find The Garage interesting for us because we are outside the norm. Almost everyone here is either a) a for-profit startup or b) largely invested in tech. We’re a non-profit, social impact focused startup, which is very outside of the mold. What I can say is that The Garage has absolutely given us a community that is very engaged and very interested in what they’re doing. Being in this mindset is very motivating and pushes us to constantly rethink, innovate, and redefine our mission, which I’m very appreciative of.”

Jackson: “For the team, I have been in multiple mentorship meetings over the past three or four months and every meeting I’ve gone to, I’ve learned something new that I can’t believe I didn’t know before. For me personally, for Wildfire, we had to make a pitch deck and prepare an elevator pitch which is something I had never done before. Now I can confidently build a PowerPoint and present our company to anyone at this point because of their guidance and help. These are skills you don’t really learn in the classroom and we get to practice at The Garage and apply them to our startup.”