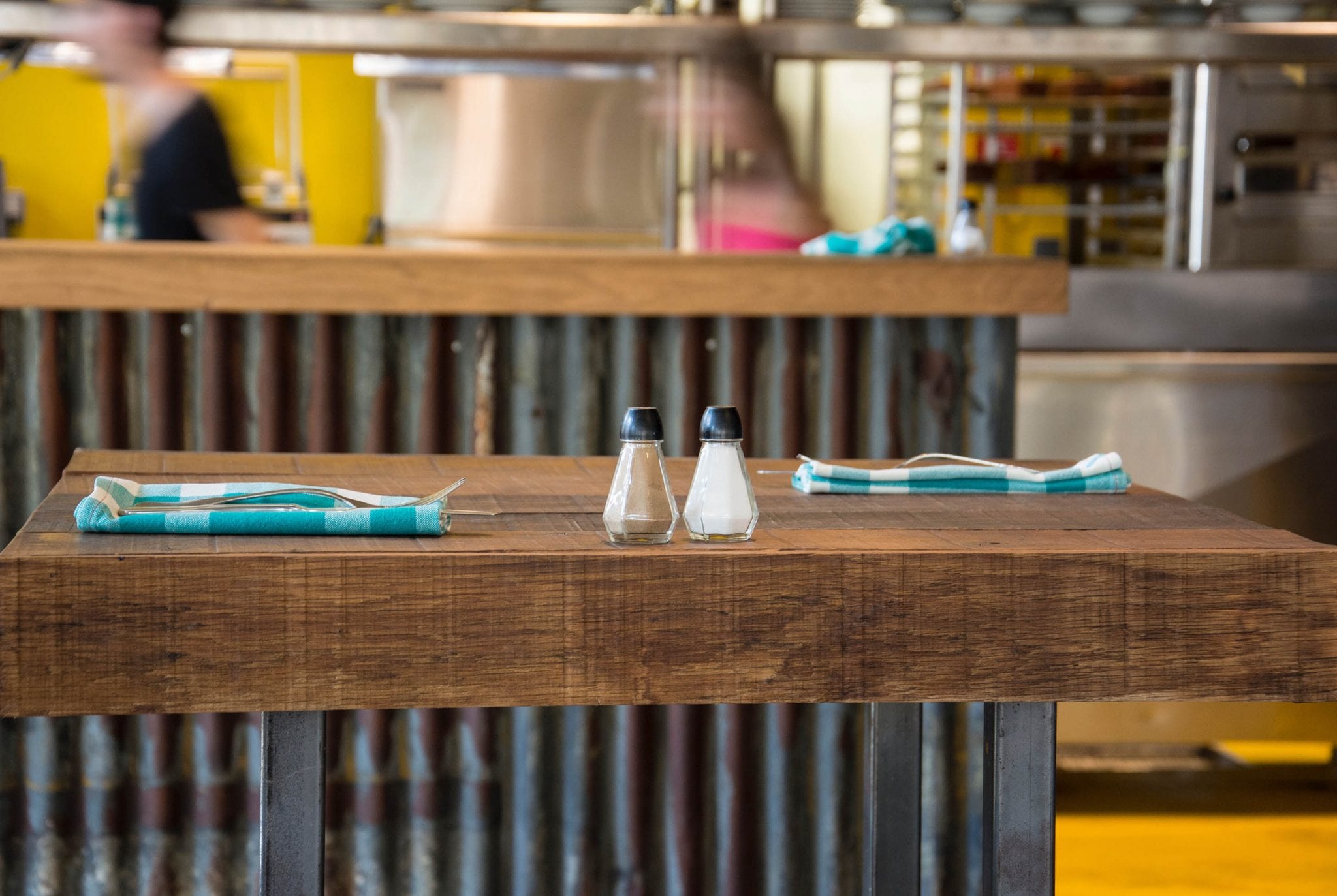 With over 7,000 restaurants in Chicago, it’s no wonder why people have a hard time picking a place to eat. And once you have decided on a restaurant, more often than not, many of these restaurants boast a wide menu selection which poses the difficult and daunting question of “what do I order?” And after you sift through the menu and finally settle on what you want, it’s a huge disappointment when the dish comes out and looks nothing like you had imagined and tastes even worse.

HotPlate aims to solve this problem. It’s is an app designed to help you decide what to order at restaurants. Users can rate individual menu items, so that it’s quick and easy to see the best dishes. HotPlate also allows users to see friends’ ratings, search by specific dish item, and receive tailored recommendations. The Garage sat down with the HotPlate team to learn more about HotPlate and their future goals. 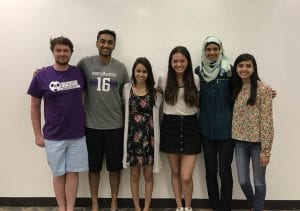 Sarah: “Over the summer, I spent a lot of time researching different restaurants in Chicago because I really enjoy eating out and trying new places. I spent hours browsing through sites like Yelp and various food blogs and I thought there had to be a more efficient way to figure out what restaurant to try and which dish to order once I got there. There were no services that compiled this data and this sparked my idea for HotPlate. I wanted a more efficient way to see the best restaurants and dishes around Chicago. From there, I researched if there was anything like that already and I found that there were two startups that were similar but they both failed because they immediately tried to launch across the entire United States rather than focusing on a specific area and expanding from there. And four of our team members including myself took Engineering Entrepreneurship 325 during Fall quarter and that’s where I pitched the idea. It was voted one of the top ideas in the class and we were assembled into teams and went from there.”

How do you plan to solve the problem you’ve identified?

Sarah: “We are creating an app that allows users to rate individual dishes at restaurants so that if you’re at a restaurant and have no idea what to order, we’ll provide a super quick and easy way to see what the best dishes are. Also, there will be other features like discovering new dishes near you tailored to your taste palette, engaging with your friends, and seeing exactly what you’re getting.”

When did you all first feel the entrepreneurial spirit?

Juju: “I share a lot of the same feelings as Connor. This is my senior year and I took the class to fulfill a BIP requirement and I thought it would just be fun because I had never been a part of the entrepreneurial scene. I ended up really enjoying the team and the project we were working on.”

John: “For me, a couple computer science classes touch on aspects of entrepreneurship like being on a development team but I had never gotten the full experience and I was pretty interested in that. So I took this class as a feeler for what entrepreneurship is and I really enjoyed it and I’m really glad I met these people.”

Rushi: “So I joined the team later in December, after the class was already over. I knew Sarah previously and we both knew we were interested in entrepreneurship. For me, the interest was always there, I just didn’t have an avenue to pursue it. But this opportunity kind of fell into my lap and it was a great way to dive into entrepreneurship.”

Sarah: “I’ve actually always been kind of interested in entrepreneurship. Back in the summer before high school, I took a class in an immersive summer camp called entrepreneurial leadership. So I’ve always been really interested in what it takes to start and run a business. For a long time, I actually thought I wanted to major in business until I discovered engineering. And with the vast resources of Northwestern, I knew I wanted to start something or get involved with a startup at some point.”

How did you choose the name HotPlate?

Connor: “We were initially Eat Up, which Sarah came up with, but during the class we realized that Eat Up would be hard to trademark since it’s a very common phrase. So for a while, we were just writing Eat Up while trying to get rid of it. During the Winter Wildfire program, we decided we needed to come up with a new name. At that point everyone was just throwing out ideas, and HotPlate was suggested and we all liked it. With that, we’ve incorporated features like the “hottest plates” into our app and we like how it sounds.”

What has been the biggest failure so far and what have you learned from it?

Sarah: “I think the biggest failure is our timeline of things because when we initially entered the Winter Wildfire program, we planned to launch the app halfway through the quarter. And that wasn’t realistic since it takes a lot of time to develop the platform and we have to constantly troubleshoot bugs. We also realized that we hadn’t found the right time to launch the app because you want to launch the app strategically so when it’s in the app store and people download it, it’s fully functioning. This is really hard because of being in school and a lot of us are engineers which cuts a lot of the time that we would like to dedicate to HotPlate.”

What do you hope to achieve through the Summer Wildfire Accelerator?

Sarah: “We definitely want to build out a lot of the features that we have envisioned; for example, being able to interact with your friends and seeing what restaurants and dishes they have rated. Also we want to build out a search function so that you can see the best restaurant recommendations for any dish. We hope to finish these features during the summer so when we return during the Fall, we are ready to capture the Northwestern audience, specifically the 2,000 or so new freshmen and master’s students. They are a great target audience since they won’t be as familiar with the Evanston area and this will help them identify which restaurants to eat at and which dishes to order.”

Rushi: “Sarah and I had a chance to meet Mark Cuban through The Garage Secret Field Trip last year. I’ve always really admired him and meeting him in person was amazing. Talking to him about being an entrepreneur and his successes was great. And what I admire most is that he knew he was smart and successful and he applied his abilities toward his passion, basketball. He is a very active owner with his NBA team and gets to know and develop meaningful relationships with all of his players.”

Sarah: “I really admire Michelle Phan, she’s a Youtube content creator and I started watching her videos when I was in middle school. It’s really cool to see how her career has grown over the past 10 years. She started her own subscription-based makeup company similar to Birchbox and she pursued something she was passionate about and was able to create an entrepreneurial business from it. Through her journey, she has become a very strong woman and she has been able to balance everything which is very admirable as many entrepreneurs often get engulfed by their work.”

Everyone collectively agreed that the mentorship, guidance, and support from The Garage has been amazing. Everyone is constantly pushing each other to strive for greatness and this allows the HotPlate team to stay motivated and driven.