Our society has continuously grappled with clean energy and sustainability throughout the years. It’s a threat so large and omnipresent that we may never be able to fully overcome it. Hybrid cars and alternative forms of commuting, especially bikes, are becoming increasingly popular. These alternative forms of transportation save energy and reduce CO2  emissions, a great step toward a more sustainable lifestyle. And why not fill two needs with one by saving the environment and charging your phone at the same time?

PedalCell, a startup founded by Vishaal Mali, aims to address the alternative energy crisis through convenient, powerful and wicked cool measures, starting with the ubiquitous bicycle. Their goal is to create a bike-powered cellphone charger that will reduce the need for conventional charging methods as well as reduce the use of cars for commuting. The Garage sat down with Vishaal to learn more about PedalCell and what they hope to achieve in the future. 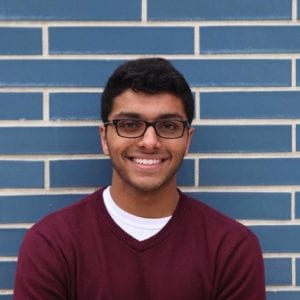 Vishaal: “So we started in high school actually. My cofounder and I were really into bikes, and we were also really passionate about sustainability. We wanted to know what we could do as high school students to not necessarily change the world immediately but rather spark an initiative to change people’s mindsets about cleantech in the long run. We wanted to show people that clean energy is cool and something that can be easily applied to our lives rather than something that’s tedious and inconvenient.  Being avid bikers, we decided to create a bike-powered phone charger because the bike market was something that we were  familiar with. We decided to harness the untapped source of power from riding a bike and turn that excess energy into electricity to charge a phone.”

What is the problem you’re targeting and how do you plan to solve it?

Vishaal: “Everyone who has a phone will inevitably need to charge it. People spend a lot of time charging their phones and this requires a lot of energy. Since we’re really big on clean energy and sustainability, we knew that the current way we charge our phones and appliances is not sustainable. Eventually we’re going to hit a point where our current methods will be unsustainable. So we decided to create the bike-powered phone charger to spark this initiative toward clean energy and sustainability. It’s obviously not going to clean the face of energy but we hope to spark a chain movement. We are creating a device that you attach to a bike and mainly bike shares because a lot of people use them on their daily commute. So as they bike to their destination, they can charge their phone and save the energy that they would be using from their homes or other energy sources.”

Vishaal: “I think the spirit itself has been there my entire life. I’ve always been passionate about things and have been able to refine them as I’ve gotten older. Whenever I approached something, my first thought would always be, “What can I do to change this?” From there, it kind of evolved into the idea of creating a company whose sole purpose is to continue the passion that I have for clean energy and sustainability.”

Who’s on the team?

Vishaal: “I’m the founder and CEO of the device and I brought on my cofounder, Andrew Brown, during high school; he currently studies at Georgia Tech. He’s also really passionate about sustainability and clean energy. We also have Adam Hokin, another cofounder who is a sophomore studying business at the University of Michigan. He’s someone who can take our technical expertise and combine it with the market and really get our product out there as starting a company is more than just creating the product.

When I got here in the Fall quarter of my freshman year, I continued working on our startup but it was really difficult being the only person working on it. So I brought on a fourth team member, Christoph Aigner, a freshman engineer here at Northwestern University. With him, we’ve been moving forward and progressing through various prototypes.”

Vishaal: “We initially started out with a consumer product before we decided to target bike shares. We made a few prototypes super early on and began testing them; however we quickly ran into a roadblock. In order to charge your phone, you’d have to be biking for a ridiculously long time. Usually, we were sweating by the end of it and your phone got maybe a half of a percent of charge. It was a huge setback as we were forced to redesign our product to make sure it could hit the energy demands of today’s phones. Our device can now charge a phone from 0-85% in 30 minutes.

The second setback was when we were prototyping before we came to Northwestern and we were running things out of a little setup in my garage. We were testing and playing with batteries trying to get the charger to where we wanted it. And then one night some of the lithium ion batteries caught on fire in my garage. Luckily, I figured it out pretty quickly and I was able to contain the fire but it was still a pretty major issue. Playing with batteries in the garage with a soldering iron nearby was definitely not the best move.”

What’s the most important lesson you’ve learned so far?

Vishaal: “I guess the most important lesson is that often as engineers, we get caught up with trying to have the best product and adding new features to the product. But you always have to take a step back and think about what problem you’re actually trying to solve because sometimes you realize these features don’t actually help you achieve that goal. Our goal is to promote sustainability and create a social benefit.

Secondly, sometimes you lose track of your target audience as well as the process of how to get your idea from prototype to implementation. This can be very difficult and our biggest goal right now is to continue the progress of our idea as smoothly as possible.”

How did you choose the name PedalCell and what was that process like?

Vishaal: “It was actually very inorganic. Our first name was Vitruvia- based  off of the Vitruvian Man by Leonardo da Vinci. But we realized that idea was cool, but had nothing to do with our product and people need a name that’s related to the product. Again, being in the market where we’re creating bike-powered phone chargers where you pedal to create energy, the idea of PedalCell came up because cell: battery, and you can charge your phone by pedaling.”

Vishaal: “I think there are several, very generically, Elon Musk. He does a great job of not caring about what other people think about him and he is very focused on what he wants to do and get accomplished. The second person is Ben Horowitz; he has a huge VC firm and the reason I like him a lot is not for how smart and talented he is at engineering, but it’s because he really highlights and emphasizes that being an entrepreneur, there are a lot of hard things that people don’t want to talk about. He has a book called The Hard Thing About Hard Things, which I just read recently, and I love how he takes the glamour of being an entrepreneur and breaks it down to how it’s actually extremely difficult. He went through so many difficult steps and failures but kept on moving forwards.”

Vishaal: “I think the biggest thing is the mentorship. Being young entrepreneurs, it’s hard to know what to do. You don’t know what the next steps are, but having people like Melissa, Billy, Elisa and our mentors as resources to ask whatever we want whenever we want about anything is super helpful. The Makerspace is also really helpful since we use the 3D printers a lot for prototyping. The new Muse Laser Cutter will be huge for us as well. Also, the other companies in The Garage are really helpful because sometimes products in The Garage overlap and if you have an engineering question you can ask the guy next door. In our case, that’s IFM, and Marc is really good at what he does and he’s a great resource as well.”

Vishaal: “The biggest thing is being able to work together as a team since we are so spread out across different schools. Having all of us together for the summer, where this is our only job, will be huge for us in terms of development. We hope to launch in the Fall of 2017 so we obviously have a lot of tasks to finish from now until then. So Wildfire will be amazing for mentorship, creating time to work, and learning the nitty gritty details of a startup.”

Where do you see your startup going in the future?

Vishaal: “In the future we hope to use this not as the end all be all company but as a platform to get started. Again, we’re passionate about sustainability and starting a chain or a movement but that can’t be done immediately. So, we hope to use PedalCell as a platform and once we can prove that this is doable and that people like it and will use it, we can create bigger and better things. Eventually we hope to have that one company that does have the potential to change the world.”