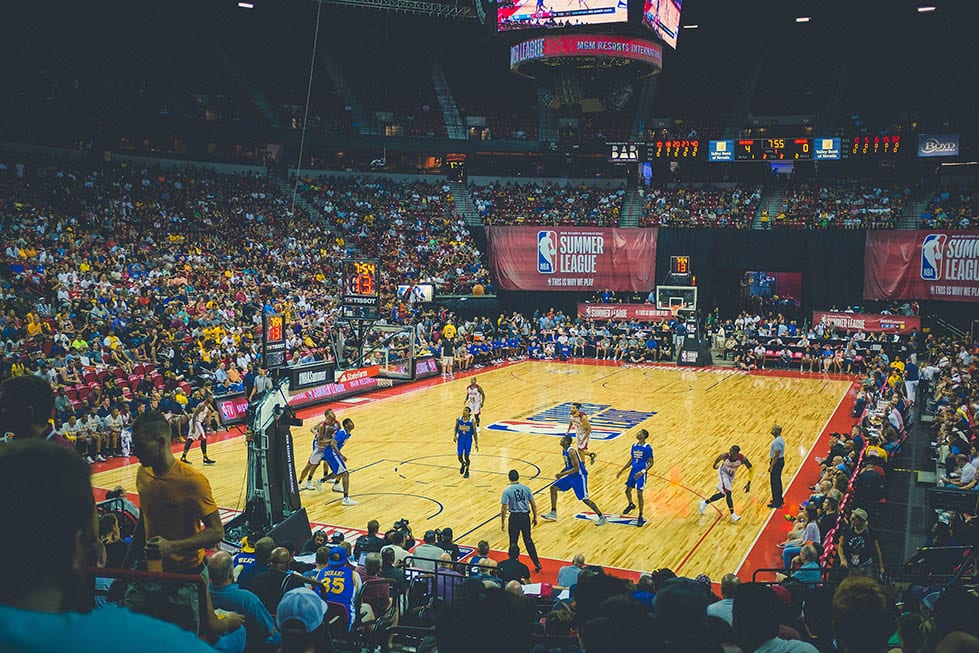 FanHome is the Airbnb for media and content viewing experiences. It brings together users who want to host watch parties at their home for their favorite content and meet new people, with users who are looking for a living room full of fellow fans to enjoy the same content with. Most recently, FanHome has been targeting the gaming and eSports market.

The Garage sat down with FanHome founder, Lucas Pasch (Kellogg ‘19), to learn more about FanHome and the startup’s future goals.

Lucas: It all started from a personal need. My brother and I were big sports fans and we were transplants in the cities that we were in. When you’re a transplant and you don’t have fellow fans to watch with, you’re stuck with two real options to watch your team: you could either watch by yourself or crowd into a sports bar, where sometimes you might have to go a couple hours before kickoff just to get a barstool next to an aggressively drunk fan. I felt both of these options lack the tangible human connection that I think people are looking for when they watch their favorite teams or favorite content. So, it started out as a sports thing and then over the last 10-15 weeks it’s evolved to include all kinds of viewing content. We’ve recently had a lot of success with The Bachelor watch parties and are now trying to enter the eSports viewing market.

Lucas: When we first started, we didn’t even have a website, and we needed to test the critical hypothesis which is that people would go to a stranger’s home to watch their favorite content. We didn’t know if the answer to that would be yes. So we started testing our hypothesis by hosting a couple of watch parties for NFL playoffs and The Bachelor, and we did this through Facebook and Instagram ads that were driving people to Eventbrite pages.

We had a good amount of people come and that was really exciting. Finally, for the Super Bowl, we decided to throw a big party and we charged a bunch of money for it. And we tried to run a test through this event, but it failed because we were testing too many variables at one time. First of all, the Super Bowl is going to be enigmatic for a lot of reasons, and we decided to test customer’s willingness to pay when we charged money for signups. We were also testing a brand new website that we hadn’t shown to the public before. And we also tested different geographies, as we hosted Super Bowl parties in Chicago, Cleveland, and Los Angeles. And when you’re testing too many variables at once, and the test doesn’t go well, it’s hard to know where exactly you went wrong. So, I think we learned how to not get ahead of our ourselves, and make sure that every test that we run is tailored toward a specific variable so that we actually know what we’re learning. And I think that it was an important thing to fail on pretty early on!

What has been the most important lesson you’ve learned?

Lucas: We’re trying to build a two sided marketplace, and we’ve learned that that is really hard. Until now, we have been hosting and planning our own events or friends of ours have been doing it, but we’re not really trying to get into the event planning business. We want to create a platform that empowers people to find and host events, but we haven’t gotten any of those organic hosts yet. So I think the most important lesson is understanding how hard that’s going to be and really trying to tackle the problem head on.

How did you come up with the name FanHome?

Lucas: My brother (my co-founder) and I were brainstorming a lot of ideas, but whatever the name was, we wanted to convey that this was a place for fans to come together in an intimate setting. We also realized early on that it shouldn’t be a sports-oriented name because we thought we might play around with non-sports events (which we have). So I think FanHome just came together. We’re literally bringing together fans in a home setting. It took us some time to get to the name, but once we did, it was an obvious choice. I think it’s got a nice ring to it too. And we’ve also put out a logo that has the same feel, of fans together watching something in a home.

Lucas: There are a lot of things that The Garage has done for both me and FanHome. First and foremost, when you’re a student working on a startup, it can be a lonely experience, especially when you’re at Kellogg because everybody’s going out to recruit for top tier banks and consulting firms. There’s only a handful of students that are trying to do their own thing. So it’s important to come together in a community, and we really inspire each other as well.  School gets busy, so it’s hard to make progress on your startup, and I rely on others in The Garage, as well as the other Kellogg student entrepreneurs, to hold our feet to the fire to make sure that we’re making progress every week.

Secondly, I love this workspace. The family dinners are awesome too, we have great speakers come in and inspire us every week. And lastly, Billy and Melissa are phenomenal leaders, and I bounce ideas off of them all the time.

What do you want to get out of the summer Wildfire accelerator program?

Lucas: I think that if I tell you that we have a very distinct plan of what we’re going to do over the summer at The Garage, then I’d be lying, because that’s just not how startups work! There could be a major pivot between now and then. That being said, I have some clear goals:

We want to build a couple of strategic partnerships to enhance customer acquisition. I want to find my first organic host. I also want to pick a medium that we’re going to target, because we’ve kind of been flip-flopping between pop culture TV, eSports, and traditional sports. I’d also like to spend time on marketing and really figure out who our customer is. We’ve been making good headway in each of these objectives, but once they are accomplished, we will have established a great runway for growth.

Lucas: I listen to “How I Built This”, an NPR podcast where they interview entrepreneurs, a fair amount. And a while ago they had the Airbnb co-founder, Brian Chesky, on it. I listened to this one particularly close because they built an uber successful two-sided marketplace that involves going into the homes of strangers, which is what I’m trying to build as well. So, it was a really inspiring podcast and I highly recommend any aspiring entrepreneur to listen to it. He spoke about the highs and lows of what it takes to be an entrepreneur. There was a time when they had no funding and they had maxed out all their credit cards. They were also in this period that a lot of entrepreneurs call the “trough of sorrow,” which he talks about in the podcast. It was when they had some usage in the beginning, but then all their KPIs just flatlined and they had this great beautiful product but nobody was using it. And he talked about how frustrating that was and what it takes to persevere through that. So that to me was just really inspiring!

For Northwestern students, I would just let them know that they have an incredible amount of resources at their disposal here, and that the Wildcat network in the Chicago area is really incredible. If you’re trying to launch a startup in this area, and you are a Northwestern student, then you have to tap into this network and there’s no reason not to.