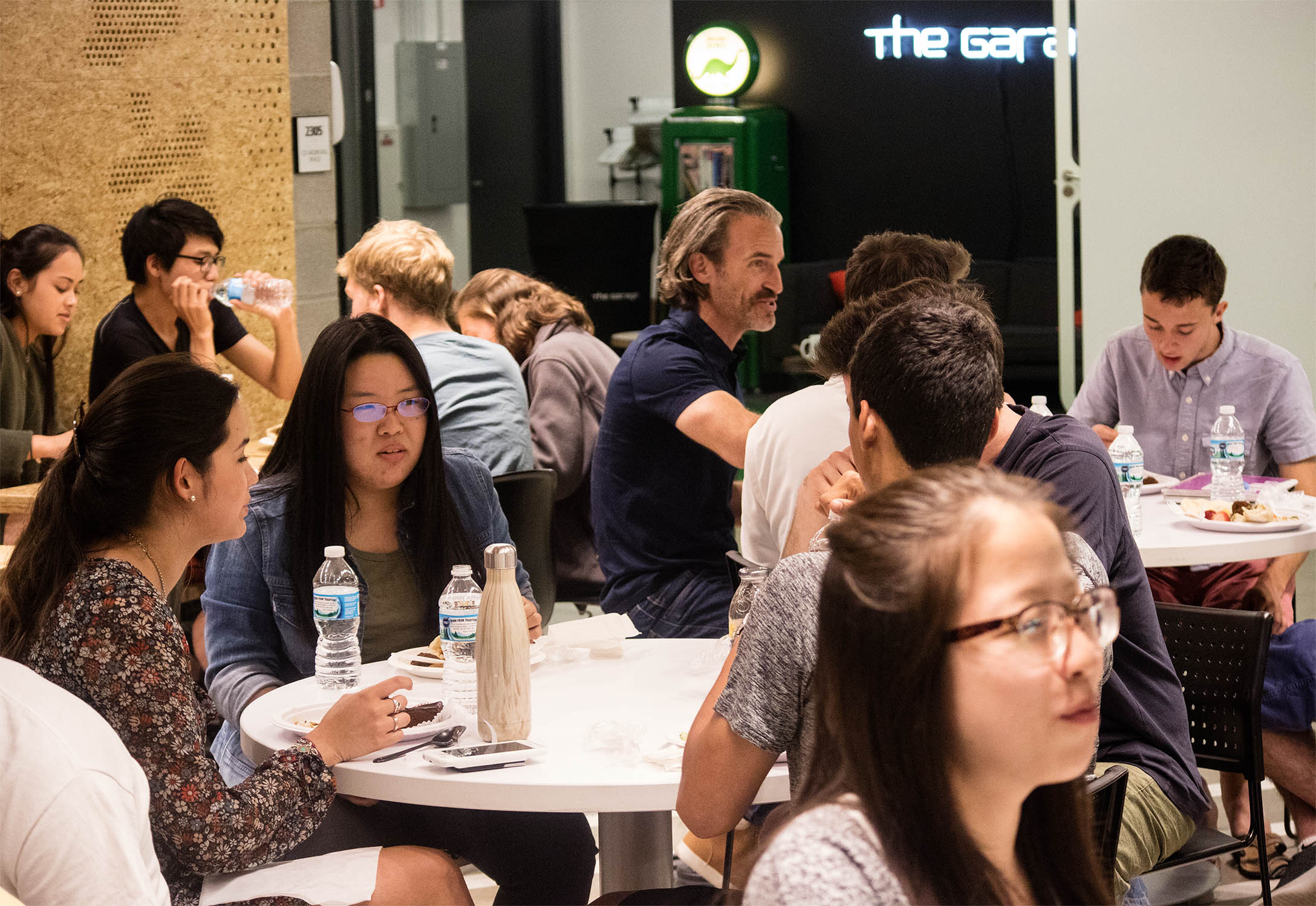 We can’t believe it’s already the end of July, and that we’ve officially got six weeks of Wildfire awesomeness under our belts at The Garage.

Twelve teams were accepted into this summer’s pre-accelerator cohort, and it’s an understatement to say that we’ve all grown pretty close in the last month and a half. These dedicated students are here bright and early each morning with the staff, setting up their workspaces and brewing their coffees. Whether it’s a workshop, all-team check in, or pitch practice going down in our Workspace, we are seriously digging the summer vibes at The Garage and think it’s about time we share what we’ve been up to. 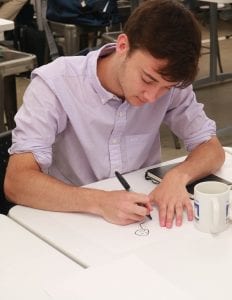 During week one of Wildfire, the excitement was palpable. Students were here early, ready, waiting. After rushing through some housekeeping, we got right down to business and welcomed Dotank to spend the day with us, teaching how to use the Business Model Canvas to capture a hypothesis to test with potential customers. After tweaking one liners, teams had the chance to use them during a few rounds of “speed dating” with more than 40 mentors. Then, in (what is now) Wildfire tradition, The Garage took on downtown Chicago stopping by the DPELC for a visit and of course, Millennium Park and The Bean. 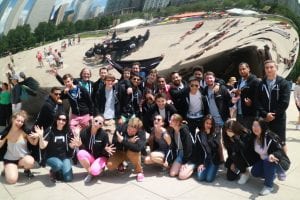 And the momentum hasn’t stopped. We’ve held meditation and improvisation workshops, had breakthrough sessions and learnings with mentors of The Garage like Trish Thomas and Neal Sales-Griffin, and took a sales journey with Craig Wortmann on entrepreneurial selling. 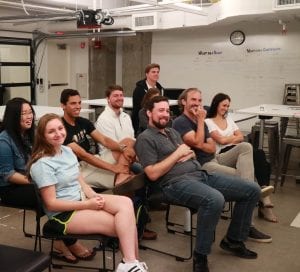 Not to mention, we are still hosting Family Dinner every Wednesday night for our Wildfire wonderfuls and even caught a little bit of B-roll footage of them in action for an upcoming project at The Garage.

Since day one of Wildfire, lots of exciting things have happened for our teams.

MyVillage has been rebranded to Bundles of Health. After conducting more than 200 interviews, the team has drilled their mission down to four important words: they offer products and services that help a new mom better eat, rest, recover and feed.

Bossy Chicago launched their directory two weeks ago, and has since had more than 1,500 unique visitors. They’ve also had over 100 submissions to their map and started up a newsletter which already has more than 120 subscribers. You can keep up with Bossy and subscribe, too! 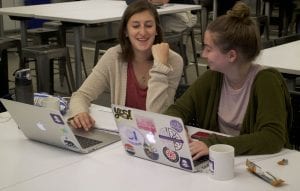 Unruled has shifted their focus to sales and customer relationship management. When Unruled started in Wildfire, they were wrapping up a successful Kickstarter campaign and busy mailing out their unlined notebooks to backers. Since then, they’ve learned retail and wholesale is complicated decided to shift their focus to the importance of just making sales before anything else.

Team Local relaunched a newly designed website, has turned a profit, and has accepted their first online automatic payment.

HotPlate launched their app in the App Store, and has a fun marketing challenge in the works launching soon. Stay tuned!

OriHD keeps growing. Now with a robust global team of 16, including an intern in Beijing, this startup is working on filing their patent and has a prototype version of their app developed.

At this point in the Wildfire program, we’re taking off the training wheels a bit and letting our teams push forward while supporting them in any way we are able to by removing obstacles and opening doors. There are less workshops and more one-on-one strategy sessions, pitch practices, office hours, and getting out into the world to talk to customers.

Want to find out the the rest of our teams have accomplished in Wildfire? RSVP for Demo Day on August 24 and see all twelve teams pitch in front of a panel of judges for a prize pool of $10,000!

Want to get in the conversation? Follow us on Twitter and be sure to use the hashtag #SummerWildfire2017!