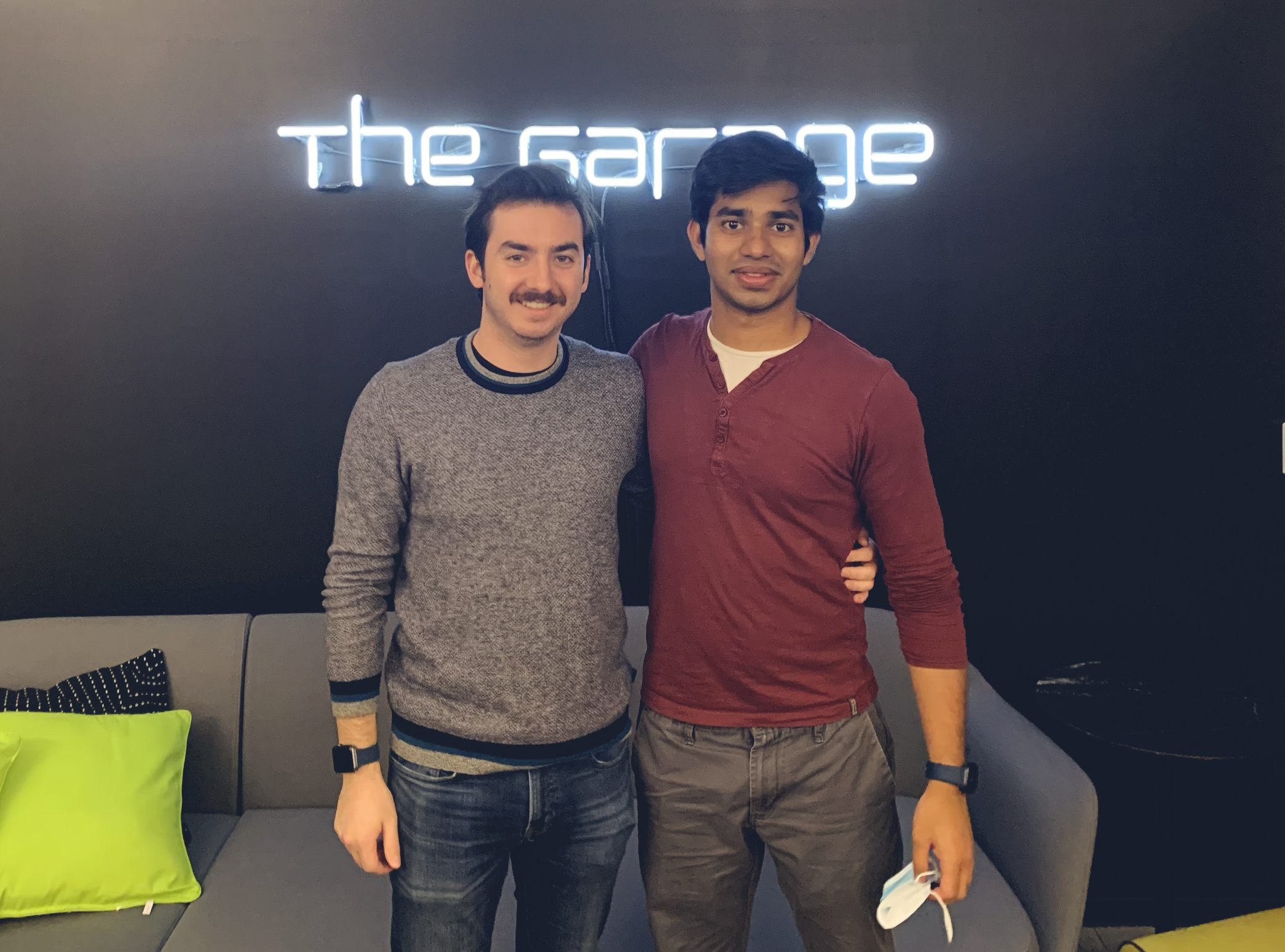 The Garage recently met with the co-founders of Xenah Developers, Will Xenakis and Niraj Shah, McCormick ‘23, to learn more about their company, their journey, and their plans for the future. Xenah Developers is a company that provides technical consulting and assists businesses in building their apps and websites.

Will and Niraj are both computer science majors in the McCormick School of Engineering and began working together in October 2020. When applying to internships at large tech companies, Will and Niraj noticed similar patterns: companies wanted to see examples of development experience. Through McCormick, Will and Niraj both learned how to think critically and approach problems but had not learned how to build apps or create any projects they could show to companies. From this, Xenah Developers began.

Starting as Tinkerers, Will and Niraj taught themselves to build out apps, take on clients, and create products for them. Soon after starting, they learned Northwestern was a much larger startup school than they had realized and that there were many students who needed websites and apps but did not know where to look to get assistance. Due to this, Xenah began to offer technical consulting to students, informing them about the best approach to look for developers. When possible, Xenah Developers took on the projects themselves and created minimum viable products, MVPs, for the companies. Businesses could then take their MVPs to investors and users to try out their ideas and allow their businesses to grow.

When asked why Xenah Developers is different from other companies that offer website development, Will and Niraj said “other companies do not care as deeply.” While other companies can provide clients with a product, they do not offer the same constant communication that Xenah Developers does. Xenah Developers works with clients to build together towards a goal. An example of this is A.J. Hesby, McCormick ‘22, and his work with Katherine Lewis and Chandra Thomas Whitfield, the Medill Garage fellows, on their website for the Center for Independent Journalists.

Over the summer and throughout this quarter, Xenah Developers have taken numerous steps as a company. In addition to doubling their revenue, they went through the process of becoming a licensed company in Illinois as well as working on their biggest project and creating deals for numerous additional clients.

With all of this success, Will and Niraj have recognized they need to return to focusing on developers. Since the company grew at such a fast rate, Will and Niraj did not have the time to slow down and create an organizational structure. They are now hoping to refocus on developers and the way the company will function as a whole. One of their future plans includes setting up a database with the information of their developers and clients in order to best pair developers with projects. Up to this point, all the clients the team has received have been through word of mouth but Will and Niraj look forward to publishing their own website. “We would love to have every CS and Kellogg student at Northwestern know who we are,” said Niraj, “if northwestern students have an idea and want to build something out we want Xenah developers to be a resource they are aware of.”

Both Will and Niraj are extremely excited to see what happens next with their company. If you would like to contact Xenah Developers you can visit their website or email them at xenahdevelopers@gmail.com.