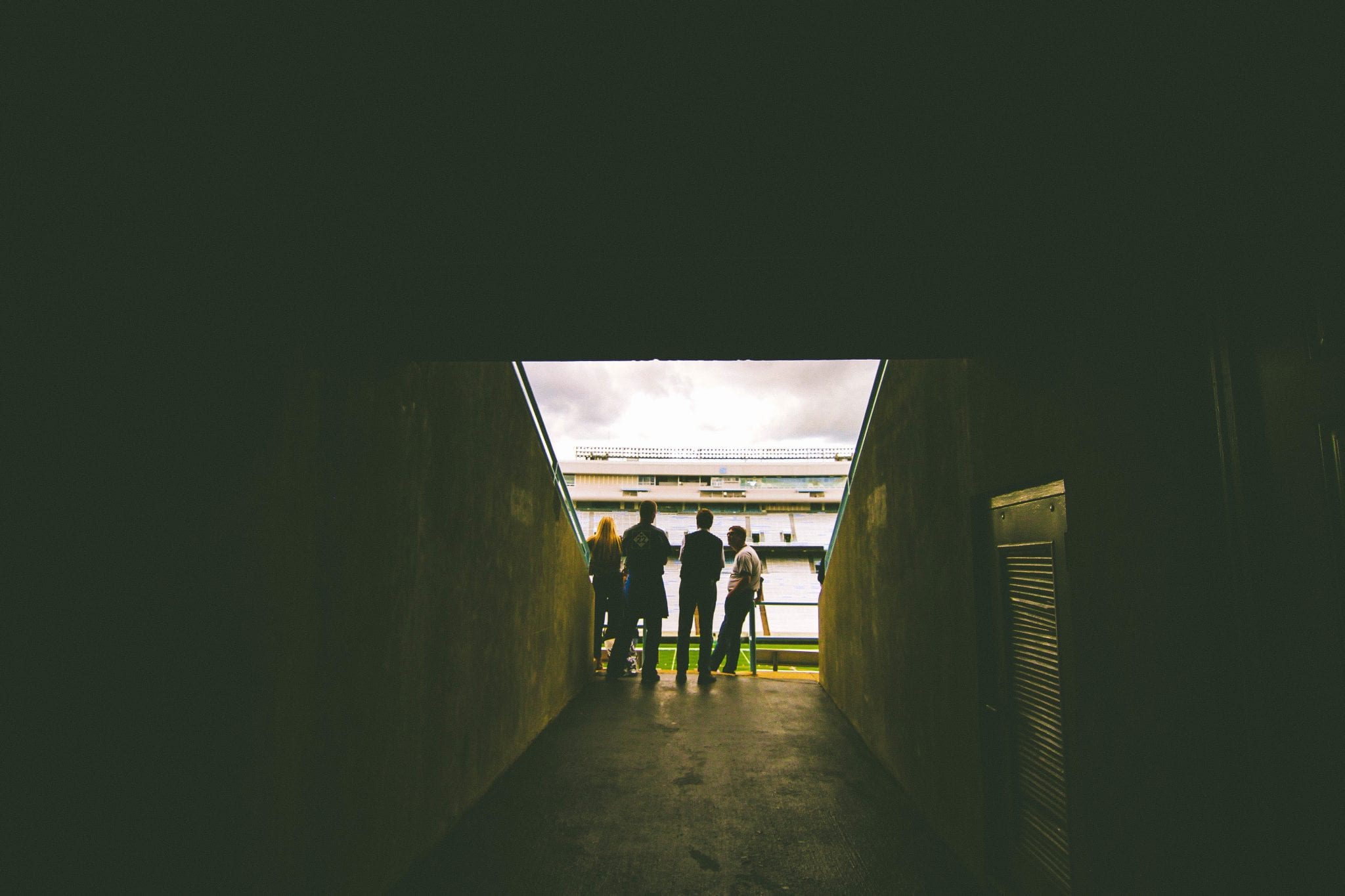 College football has climbed the ranks to become one of America’s top 3 favorite pastimes. Some assert that nostalgia is the driving factor for the love of the game; the memories from going to school there or growing up in the area could turn even the most passive fans into extreme loyalists. Another reason why college football is so deeply ingrained into the hearts of Americans is how widespread it is: while only half of the States in the USA have any major league sport, only Alaska and Vermont don’t have a NCAA Division 1 football team.

Regardless of your stance in the Michigan Wolverines versus the Ohio State Buckeyes rivalry (or even just as a Wildcat), college football is remarkably lucrative, bringing in more than 3 billion dollars in 2013. Yet, it’s also a competitive business with schools often vying for the same candidates. To convince a candidate to sign with their university, recruiters will often spend a lot of time cultivating relationships with the prospective students, which can be a waste of time and money if the student decides to go elsewhere. And that’s where Zcruit comes in.

“Zcruit helps college football programs recruit smarter through predictive analytics. We’ve developed an algorithm they that can accurately predict how likely a high school prospect is to commit to any given school in the country,” explains Ben Weiss, Northwestern senior and Founder of Zcruit. The Garage sat down with Weiss and the rest of the Zcruit team to learn more about their product and what they’ve learned on their journey.

What big problem does Zcruit solve?

Weiss: “Currently schools are only getting about 10% of the prospects that they extend scholarship offers to and they only spend time actually evaluating 0.5% of the prospects in the recruitment process. On top of this, each school is spending on average over $450,000 on their college recruiting expenses alone. The majority of this time and money that is currently being spent on recruitment is being wasted chasing the wrong guys. So if you can optimize this process and cut down on that time wasted chasing the wrong candidates, you can save schools a lot of time and a lot of money in recruiting and also help them produce better quality recruiting classes.”

What was your biggest motivation to start Zcruit?

Then I took the Morty Shapiro class, Humanities 260, winter of my sophomore year and I learned about how elite colleges operate in the admissions offices. I saw that top colleges use a statistical based algorithm to predict how likely an average student is to actually accept an offer to a school.

When I saw that this was already being used for a lot of elite universities, I said this would be really applicable and useful in the world of college football recruiting. But we also know a whole lot more about the football players that we’re recruiting in our office than admissions officers know about the general applicants applying to their schools. So from there, a friend and I gathered all the data on Northwestern. We started working with Danny, and after going back and forth for a couple of months, Danny developed a highly accurate algorithm. After year and a half of testing our algorithm with Northwestern’s guide, Northwestern University football recruits right 94% of the time.”

What was the biggest motivation for your team members joining?

Danny Baker: “When Ben told me about it, it sounded like a really good idea. And I wanted to work on a project where I could both work on my data science and my business development skills, so it seemed perfect.”

Alex Cohen: “I joined because I wanted to apply the skills that I’ve learned in a project that real people would use. I only joined a couple of weeks ago and it has been a cool way to apply skills I’ve learned to a real world application.”

Nicholas Karzmer: “I joined because I only took 2 classes in the fall and I had a little bit more free time. I wanted to think of a good way to spend that free time and thought this was a good project. I already knew Danny and Ben and wanted to work with them.” 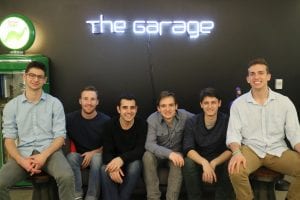 What is your biggest failure so far? What have you learned from it?

Baker: “I don’t think it’s a failure but it took us a while to find a team to work on this together. I think there were various different guys who we had involved early on who didn’t end up panning out either because they weren’t physically with us on campus or they weren’t motivated as other people. So I think that’s something that took us while to get right.”

Weiss: “Some of them also just didn’t have the skills to do it. I started working on this in April of 2015. I don’t think we really brought the core team together to get this going and really off the ground until January of 2016, so there was a lot of wasted time early on in a sense. In terms of really building the web interface, we definitely stalled there because we didn’t have the right team to help us for a while. We know it wasn’t all for nothing because we were able to get the proof of concept with the system model. I think also, we don’t have any sales yet, and I think that’s something we need, we really kind of need to get going to validate this because it’s hard to really say that we’ve failed at this point, but it’s really hard to say we’ve had success at their point either.”

Baker: “In terms of other obstacles, I think being in school makes it hard to work on entrepreneurial ventures because we get distracted or preoccupied with other things.”

What is the biggest lesson you’ve learned overall?

Weiss: “I think the cool thing about our team is that we all have complementary skill sets; none of us could do this on our own and we really kind of have needed and relied on everyone else to to put all the pieces together. I think been just one of the coolest learning experiences out of this whole thing.”

What is your biggest barrier?

Weiss: “The biggest barrier I think for us seems to be the time; really buckling down and working on our venture. Obviously if we didn’t have school and everything else going on, we’d be able to make much more rapid progress with what we’re doing. I think we have a lot of interest from the market right now and we’re at the time when we should start selling. So just being able to buckle down and get that time to see it through and build out everything we think we still need to build is currently our biggest barrier. Hopefully within the next month or two, once we start to sell, we’ll really know what our limitations or barriers may be. But before we get there, it’s just about building a product and getting to stage in which we can do it.”

What entrepreneurs do you admire and why?

Baker: “There are these two Northwestern graduates, Michael McRoberts and Brian Baker, who started a college football game analytics company called Championship Analytics, who I definitely admire because they set a good example for how to run a successful business in the same space that we’re all trying to enter and how to do it while still being really nice to everyone.”

Weiss: “I agree with Danny, and what I think is very inspirational about them is they provide a lot of value to their clients and care a lot about them. They don’t just care about making sales. They sell their software for a lot of money and have been fairly successful doing it. But everyone that uses their software or their platform seems really happy in the usage. It seems like a good model for what I strive to do with Zcruit. Making sales is only half the battle. Then it’s retaining the customers and making sure that everyone is really getting value from the product that you’re building or that you’re creating.”

Weiss: “I personally think that The Garage has done everything for us. It’s given us a great space to [have] our meetings. The summer Wildfire program really gave us the resources and the time to buckle down, get to beta prototype and make this thing happen. I think that the mentorship we’ve received from Billy, Melissa and just everyone else at The Garage, the community of other people that are in the same space, is invaluable. Also, if we ever just need help with legal, accounting, if we ever need money, if we ever need anything like that we know that we can turn to The Garage and they can help us solve our problem. I think that they make the entrepreneurial journey so much easier for students and such a positive experience for me at Northwestern.”

Update: This interview took place on January 22, 2017. Since then, the Zcruit team is excited to see traction, with a lot of demos scheduled with high profile universities around the country and a feature in USA Today.