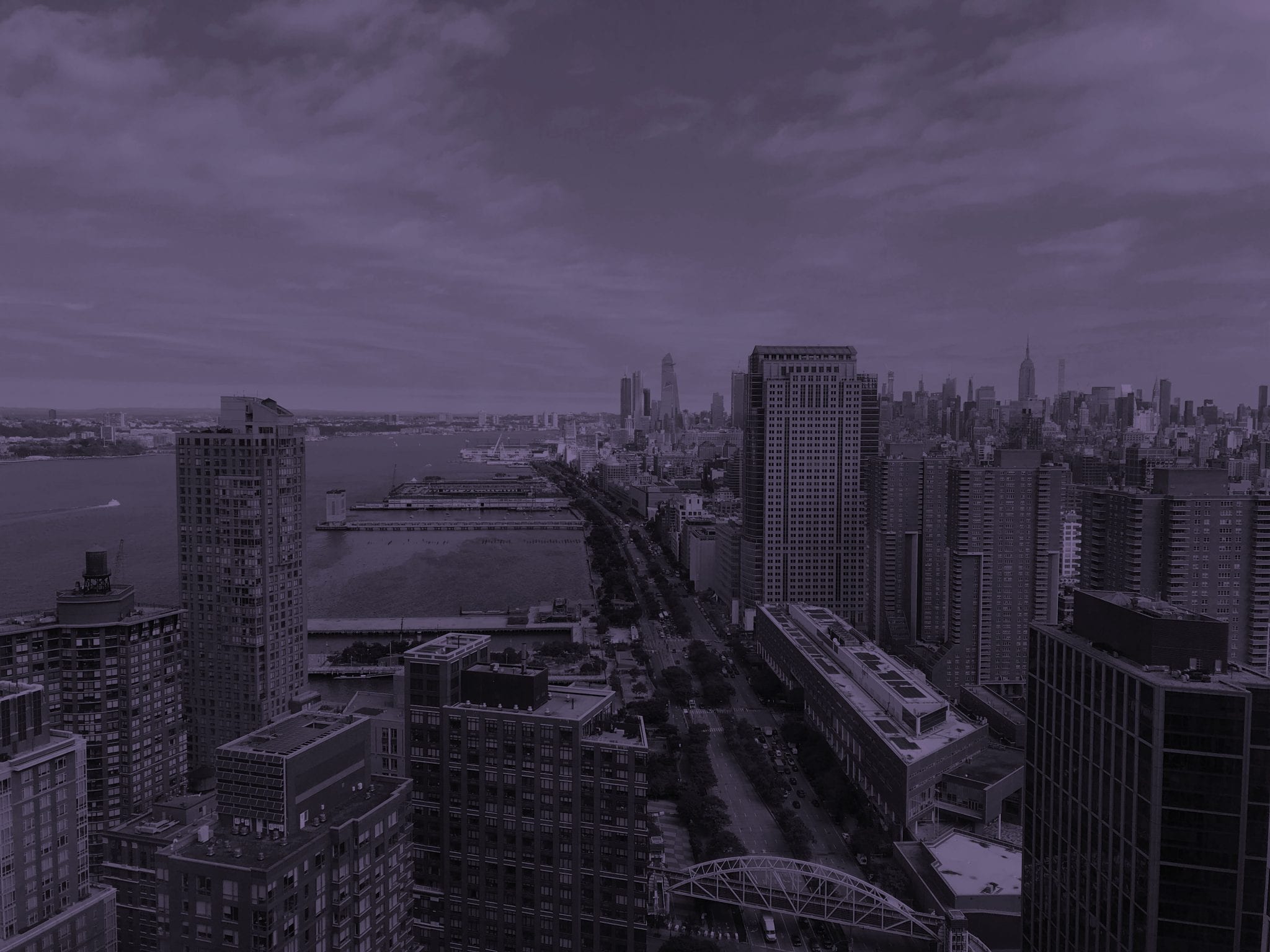 To kick off both a new year at Northwestern, and to launch the Propel Program, we packed our bags and took off to New York City with eight female Northwestern students with an interest in entrepreneurship, innovation, and all things #GirlBoss.

The inaugural participants in the Propel Program represent five schools across Northwestern, ranging from seniors to sophomores with a diverse set of interests and entrepreneurial endeavors ranging from digital marketing, to politics and education, to nonprofits and med-tech. Let’s take a closer look at our roster of #GirlBoss Northwestern students.

Upon arrival in NYC, we had the once in a lifetime opportunity to have a private, guided tour of the iconic and historic New York Stock Exchange, nestled on Wall Street in the Financial District. We were welcomed by an associate, Jon Wright, and the current COO of Capital Markets at the NYSE, Carolyn Saacke. We were excited to hear more about the experience of working in the financial industry, and about the New York Stock Exchange’s current President, Stacey Cunningham. Stacey is the first female President at the NYSE, after 226 years of operation. After our meeting, we were ushered on to the floor of the NYSE for the opening bell – an experience that has been closed to the public since September 11, 2001. We were super excited to see an IPO live and in person. 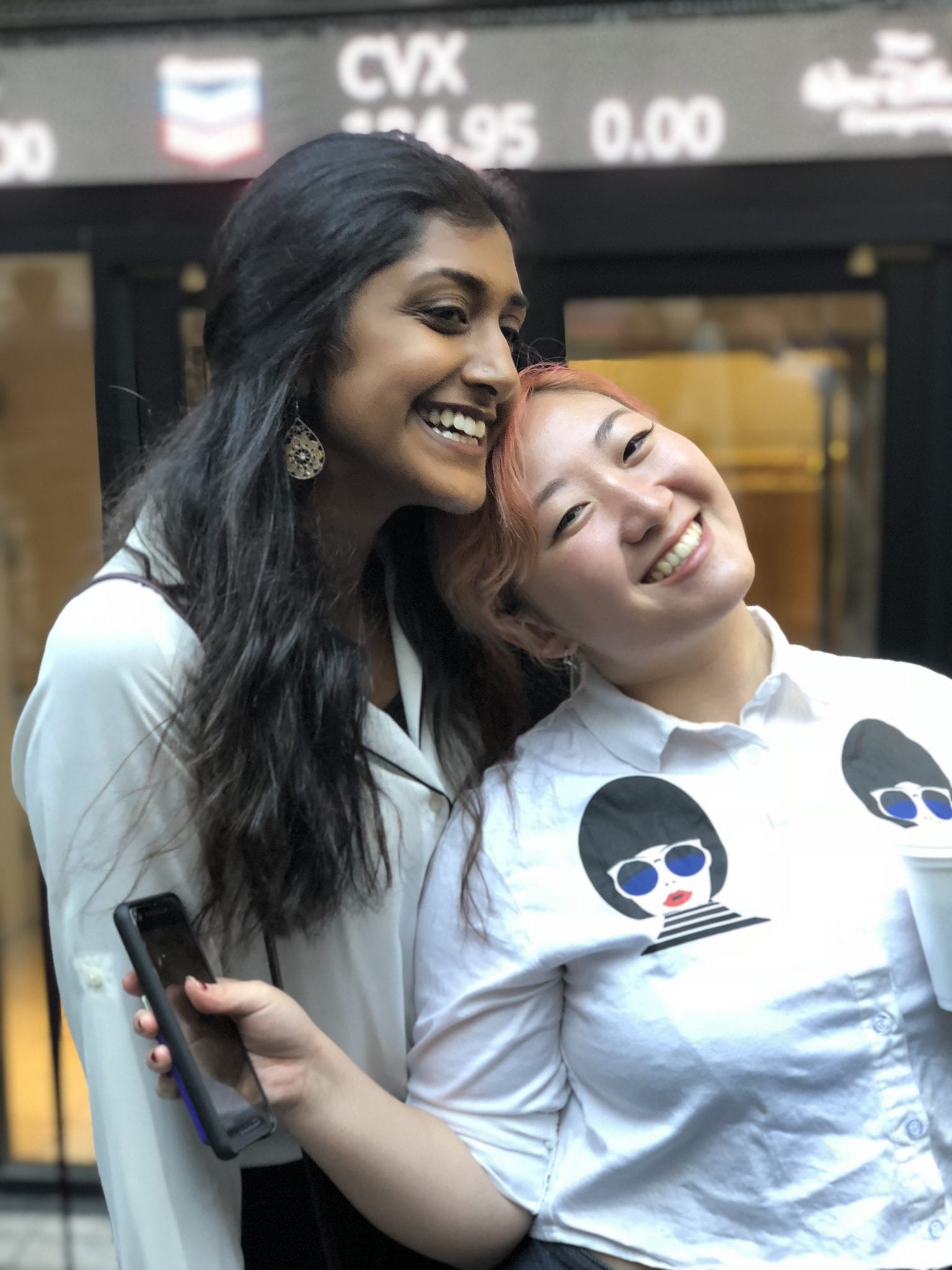 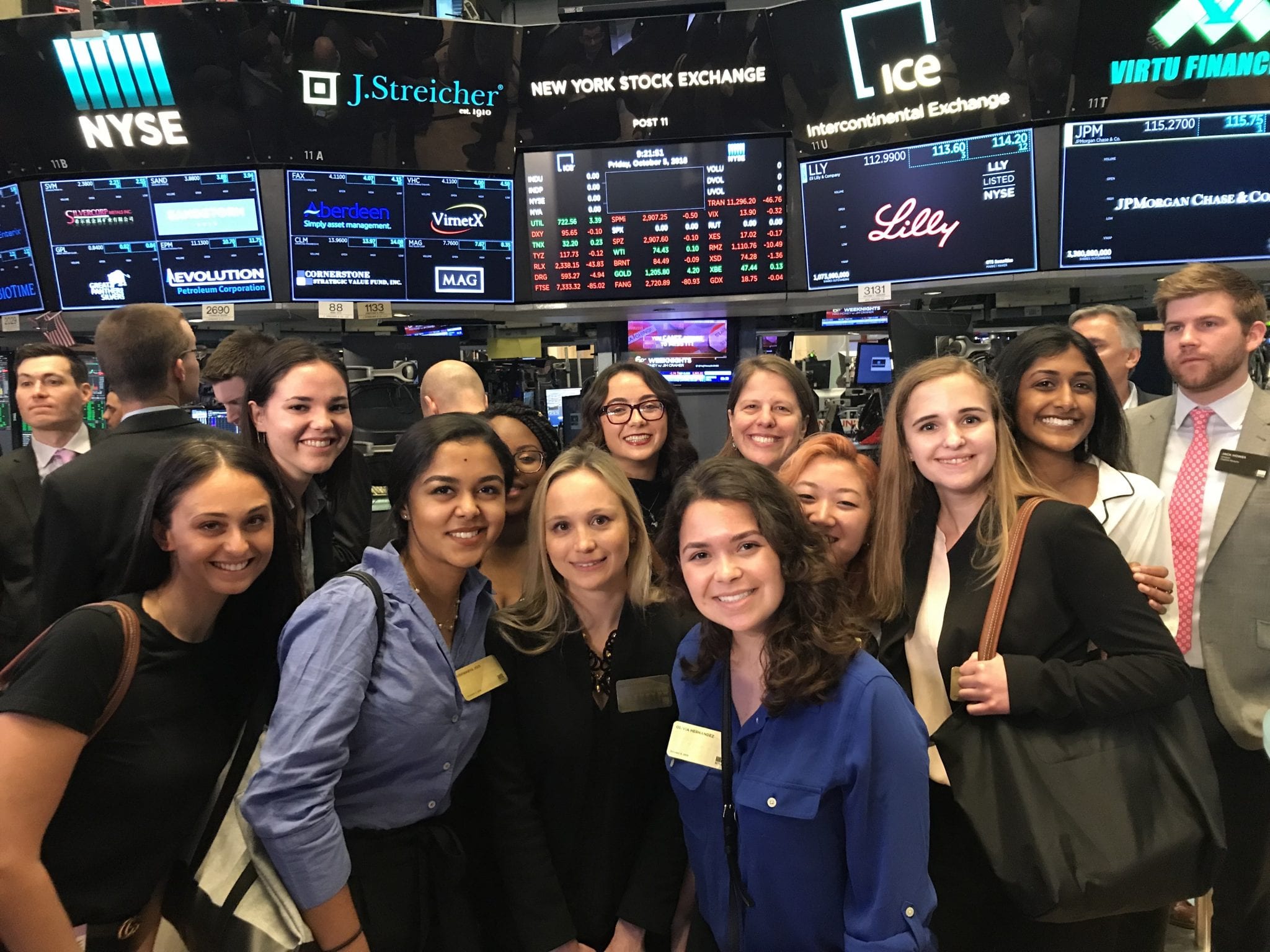 The rest of the day was packed with office visits and intimate, interesting, and insightful conversations with women working in NYC. We stopped by Goldman Sachs for lunch and a tour, and had the opportunity to listen to the journeys of Elizabeth Overbay, the COO of Goldman Sachs, and Chantal Garcia, CCBD Chief of Staff. The biggest takeaway? Flex your style for the job you want. 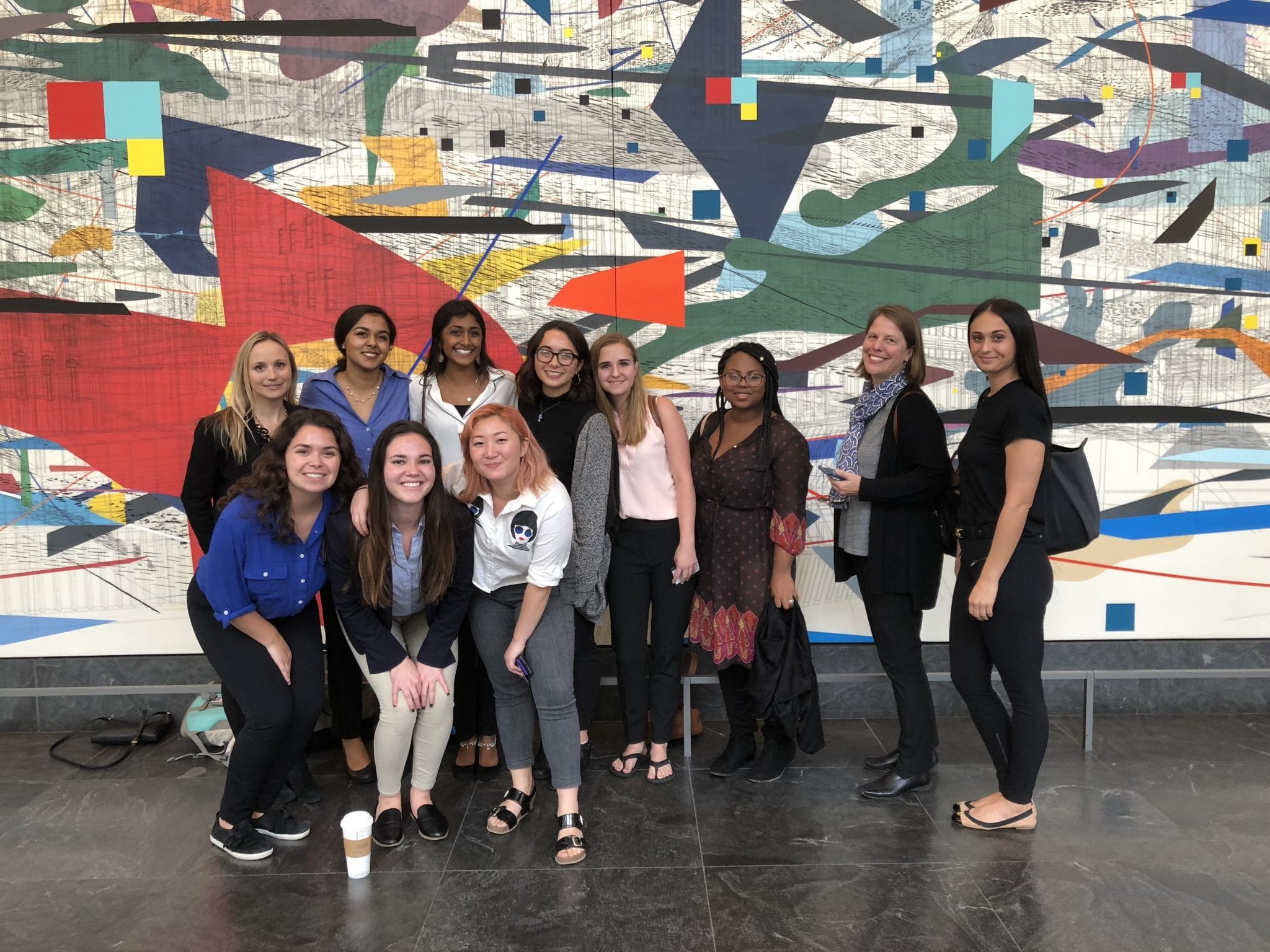 After that, we hopped on the NYC subway to stop by Arianna Huffington’s newest venture, Thrive Global. After experiencing immense burnout, Arianna started Thrive Global to promote overall wellness, and especially mental wellness, in the workplace. We learned from some of Arianna’s staff about the importance of prioritization, and being comfortable with incompletions. The mission at Thrive Global was inspiring, and we hope to take a little piece of their approach back to The Garage and our students. 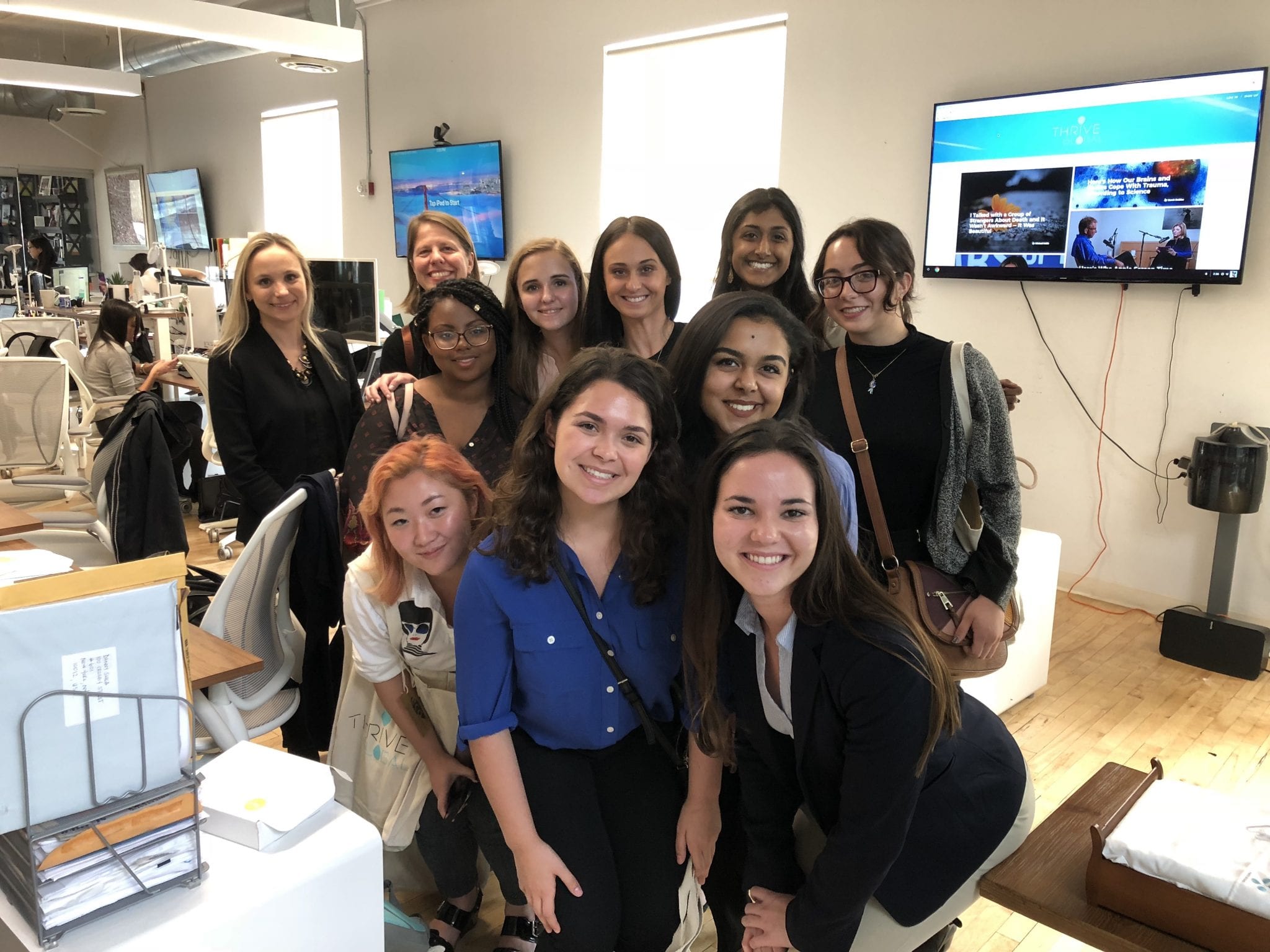 Finally, our last stop of the day was The New York Times. We were welcomed by two Northwestern alumni, Erica Futterman, Newsroom Strategy Editor, Medill ’06 and Tapasya Wancho, Product Manager for Wirecutter, McCormick ’10. We really enjoyed the open and frank talk about the various paths students take after Northwestern, and learned that not everyone’s journey is linear and perfect. 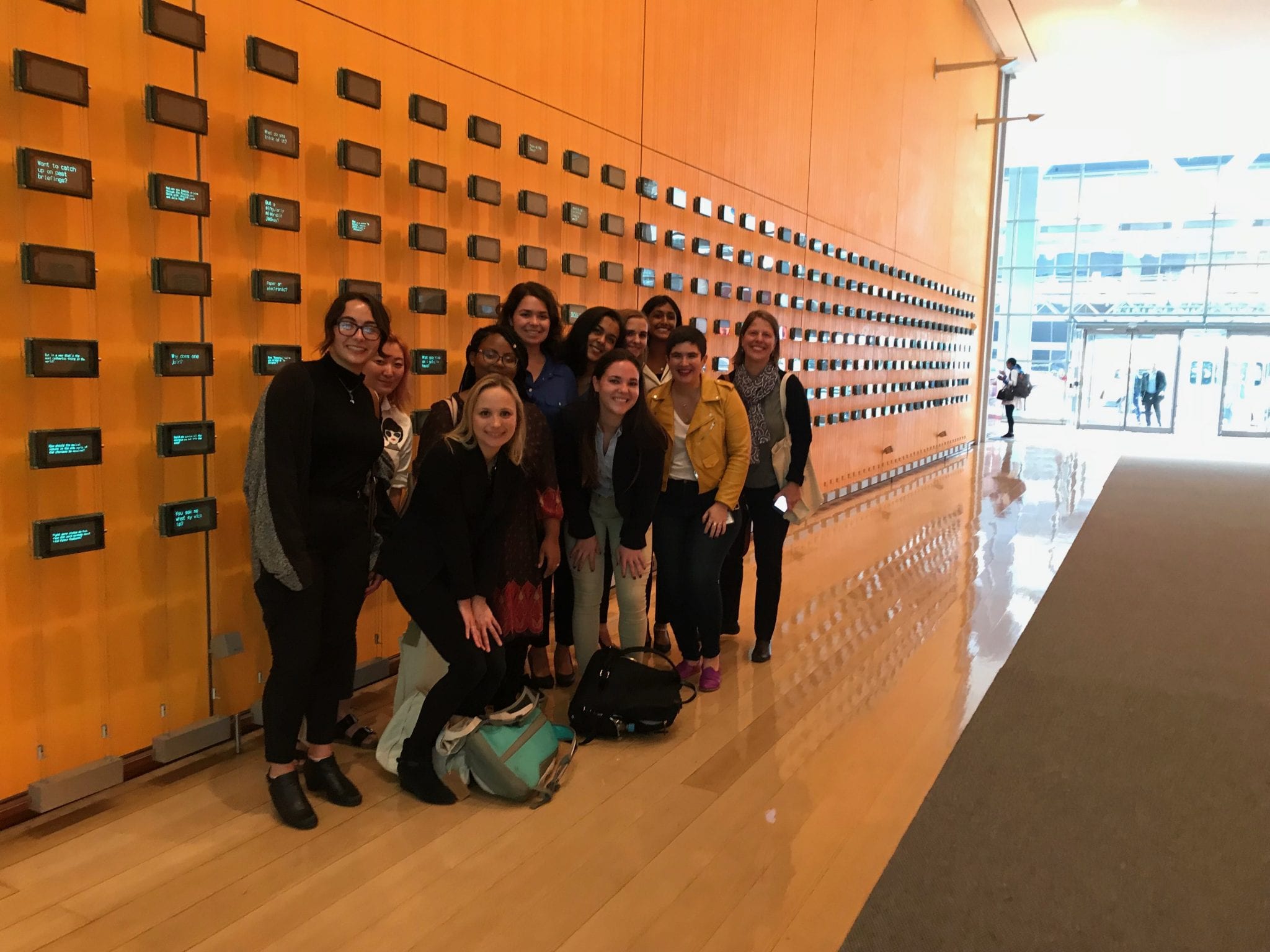 To top off the busy day, we had dinner at the well-known Ivan Ramen and had the chance to meet and talk with Steve Elms in person over bowls of hot noodles. Oh, and we defintely grabbed some boba next door afterwards. 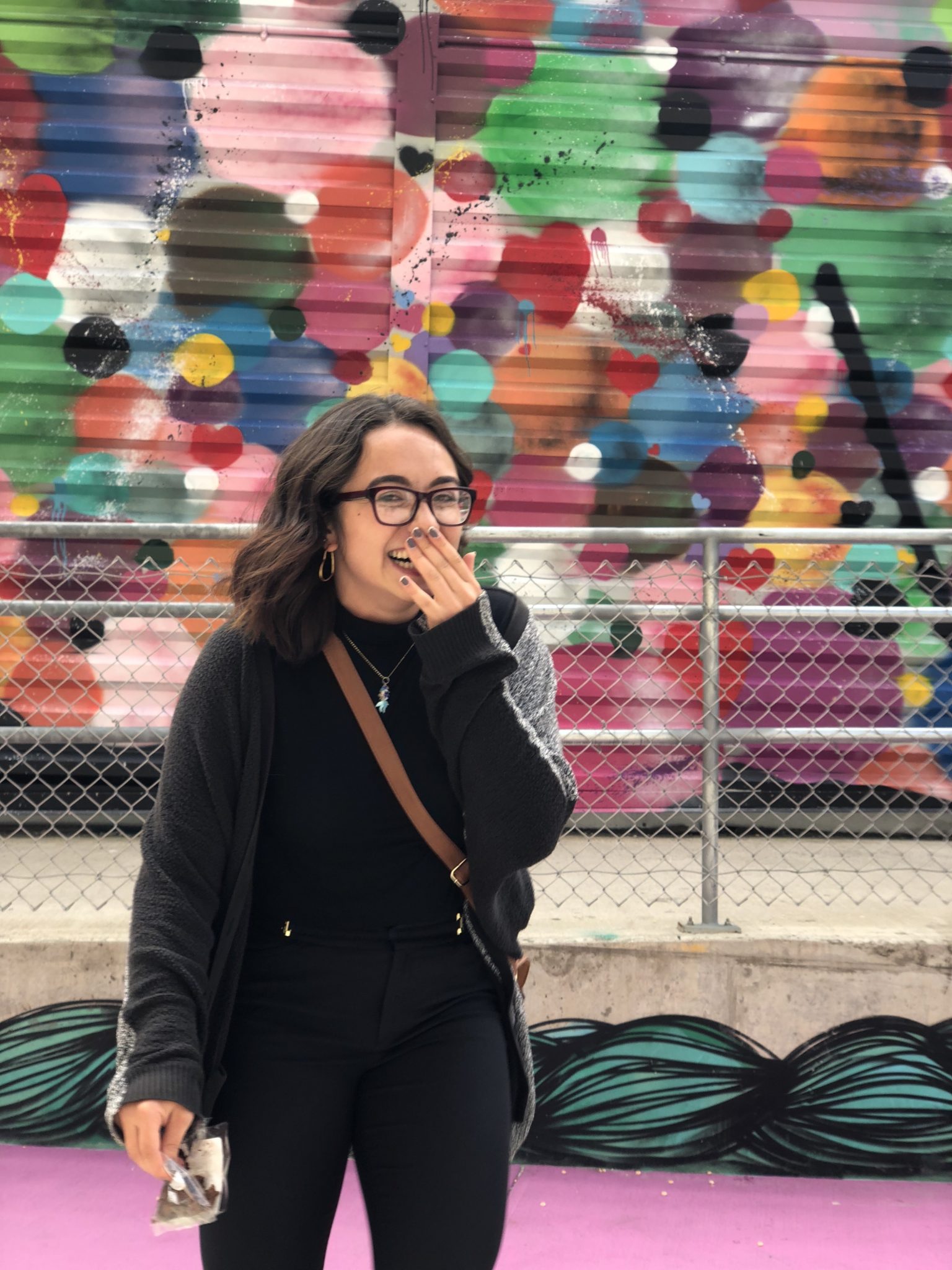 The next day, we were up bright and early to head to Rockefeller Plaza, where Northwestern has a NYC based alumni relations and development office. We had a roundtable chat with Melanie Greifer, WCAS ’93 and a pediatric gastroenterologist, Michele Ganeless ’87, Co-President of MO Studios and former President of Comedy Central, and Linnea Perilli-Minette ’09, Product and Program Management Lead at Square Capital. After introductions, our group was having such a good time networking and learning that we had to eat lunch at the conference table while talking to stay on schedule! 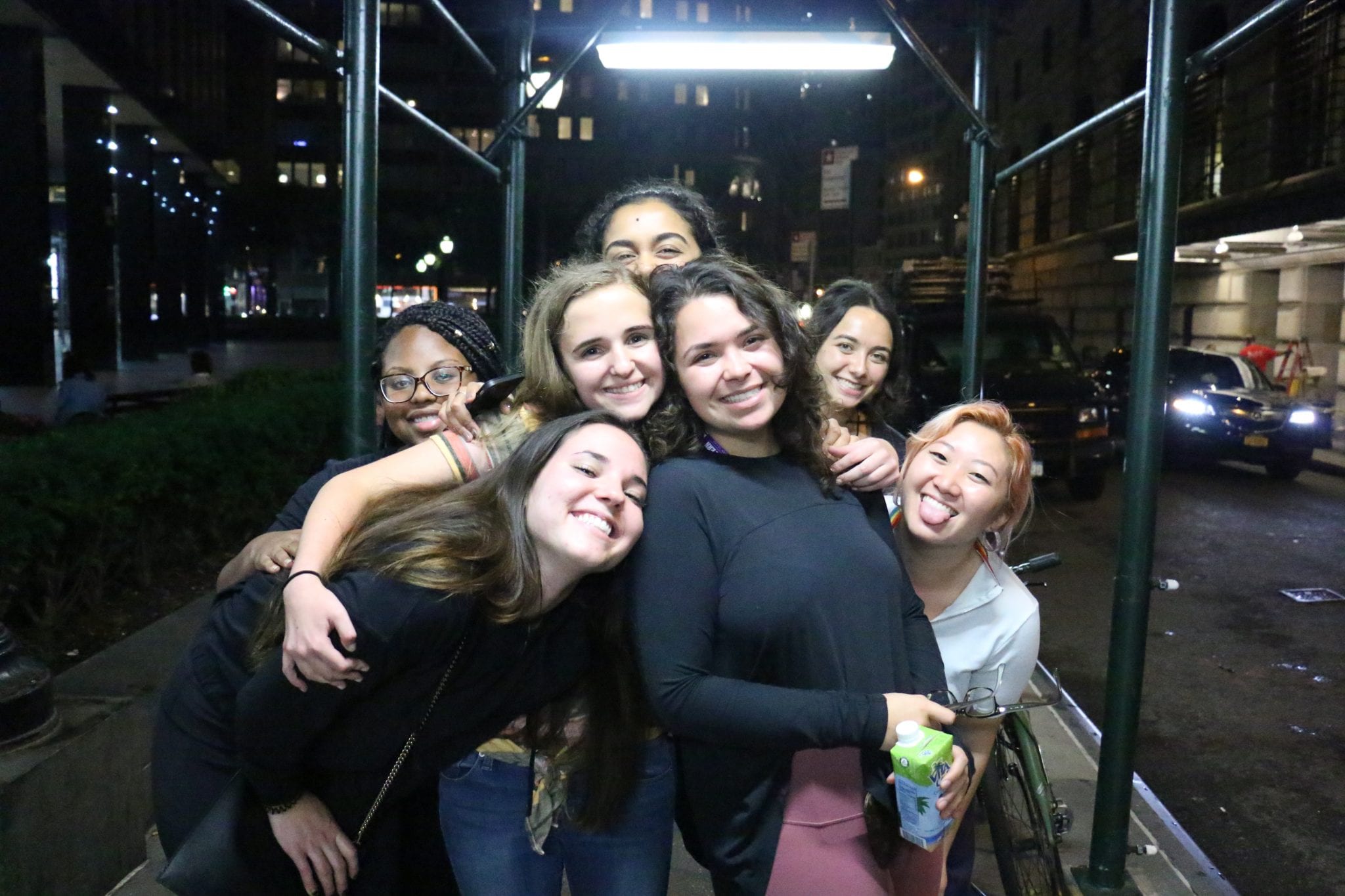 After a quick debrief, the group had the day in NYC to sightsee and tour.

What are the next moves these women will make? We’re sending them out into the world, armed with knowledge, mentors, and the power to make change as ambassadors to recruit the next generation of applicants and participants in this program, and others like it on campus. But for now, it’s back to work!