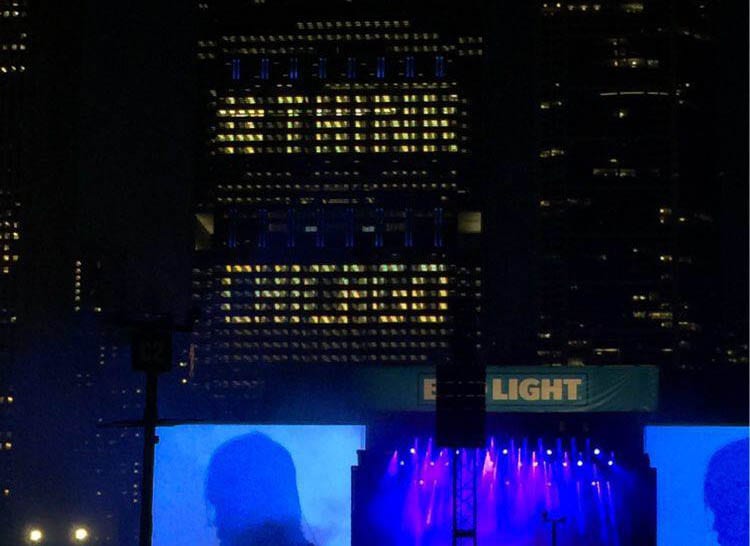 What happens when you’re in an incredible metropolitan city with a vibrant tech community, but no one pays you much attention? According to the ThinkChicago program, it’s to dispel that narrative by bringing 200 college students straight to the source.

ThinkChicago is an annual event hosted by Mayor Rahm Emanuel, World Business Chicago, and the University of Illinois System that brings 200 students to Chicago and Lollapalooza for a few days to explore the city’s exciting tech scene and pitch the city as one to work in after graduation.

I, along with a few other students from The Garage, had the opportunity to attend the exciting event, and except for photos and a brief video of the prior year, we weren’t exactly sure what to expect. One thing in particular I was curious of was whether the program would directly make a push to live in Chicago, or quietly try to flex themselves. The answer: both. But rightfully so.

Excluding a free 4-day pass to Lollapalooza, ThinkChicago lasted only two and a half days, but they were action-packed with company visits, “tech talks,” panels on civic tech and diversity and inclusion in tech, and a team project/pitch on, you guessed it, civic tech: improving the city of Chicago through technology.

I arrived a night early, spending time in the program’s optional housing in the University of Illinois Chicago dorms. Of the 200 students, about 40 stayed together downtown, and we made the most of our first night with a group outing to a Chicago-classic—Portillo’s. I think their cake shakes and chocolate cake sold some students right off the bat.

The first day, our cohort met up for breakfast in 1871, Chicago’s world-renowned tech accelerator, and heard from civic tech leaders, including the CEO of 1871 Betsy Ziegler and even Mayor Rahm Emanuel himself. Following that, the group split into smaller sets of about 20, and my group went to Microsoft’s Chicago office to learn more about AI. My favorite takeaway: it’s anyone’s guess as to when we’ll move from capabilities of machine learning to “machine consciousness,” but when it happens, we’ll know. Right away.

In the afternoon, everyone met back up at JPMorgan Chase’s offices in the loop. After an introduction and a design-thinking workshop from IDEO’s Justin Massa (I came in thinking design thinking was not in my realm, but realized with the right process, anyone can do it), we got into our civic tech challenge teams and started brainstorming away. Our night ended at the creative and entrepreneurial space of Blue Lacuna, where we enjoyed a game night with the employees of Jackbox before everyone dispersed.

Our second day began with a warm welcoming from Uptake, followed by a panel on diversity and inclusion in tech. Afterward, our teams had a couple hours to finalize our civic tech proposals, and then we split up again and went on site visits to Chicago tech companies including Sprout Social, CCC Information Services, tastytrade, Relativity, and Raise. I visited Sprout Social, and I’ll always remember three things: their incredible culture, the iconic cafeteria art of the McRib’s ingredients because of the CEO’s love for McDonald’s, and all 20 of us getting trapped in the elevator. 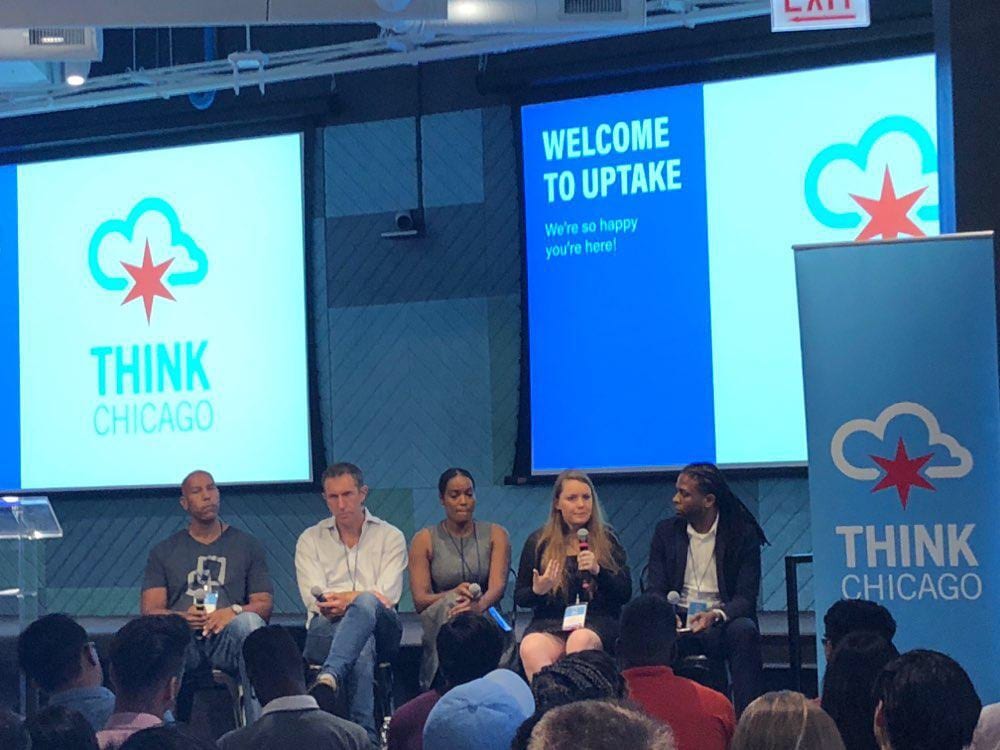 A couple hours later, we all met up on the 32ndfloor of the Blue Cross Blue Shield Tower, where we received a brief introduction from the organization and members like CIO Steve Betts. This was the prelude to a Chicago-tech themed career fair, which had a gorgeous view of the city, especially of Lollapalooza, which the entire group was excited to momentarily attend.

After receiving our wristbands, people went out to the festival and had a good time, but we silently were aware we had to wake up nice and early the next day at 8AM. The final part of ThinkChicago was upon us: a private tour of the Lollapalooza grounds from the executive team that plans the festival itself, and then final presentations to a panel of Chicago all-star judges. The winner was team Soldier Field, headed by recent Garage and NU graduate Justin Fleischmann. They encouraged environmentally-sustainable transportation by providing free CTA and Divvy passes embedded into Lollapalooza wristbands.

At the end of the program, I came out with a newfound respect of Chicago and an excitement for all the great efforts the city is pursuing. Regardless of a participant’s decisions to consider living in Chicago after graduation, the experience was a great time to learn more about tech in Chicago, make new friends, and have a great time! A free 4-day pass to Lolla doesn’t hurt, either.

This article was written by Matthew Price, Weinberg ’21.