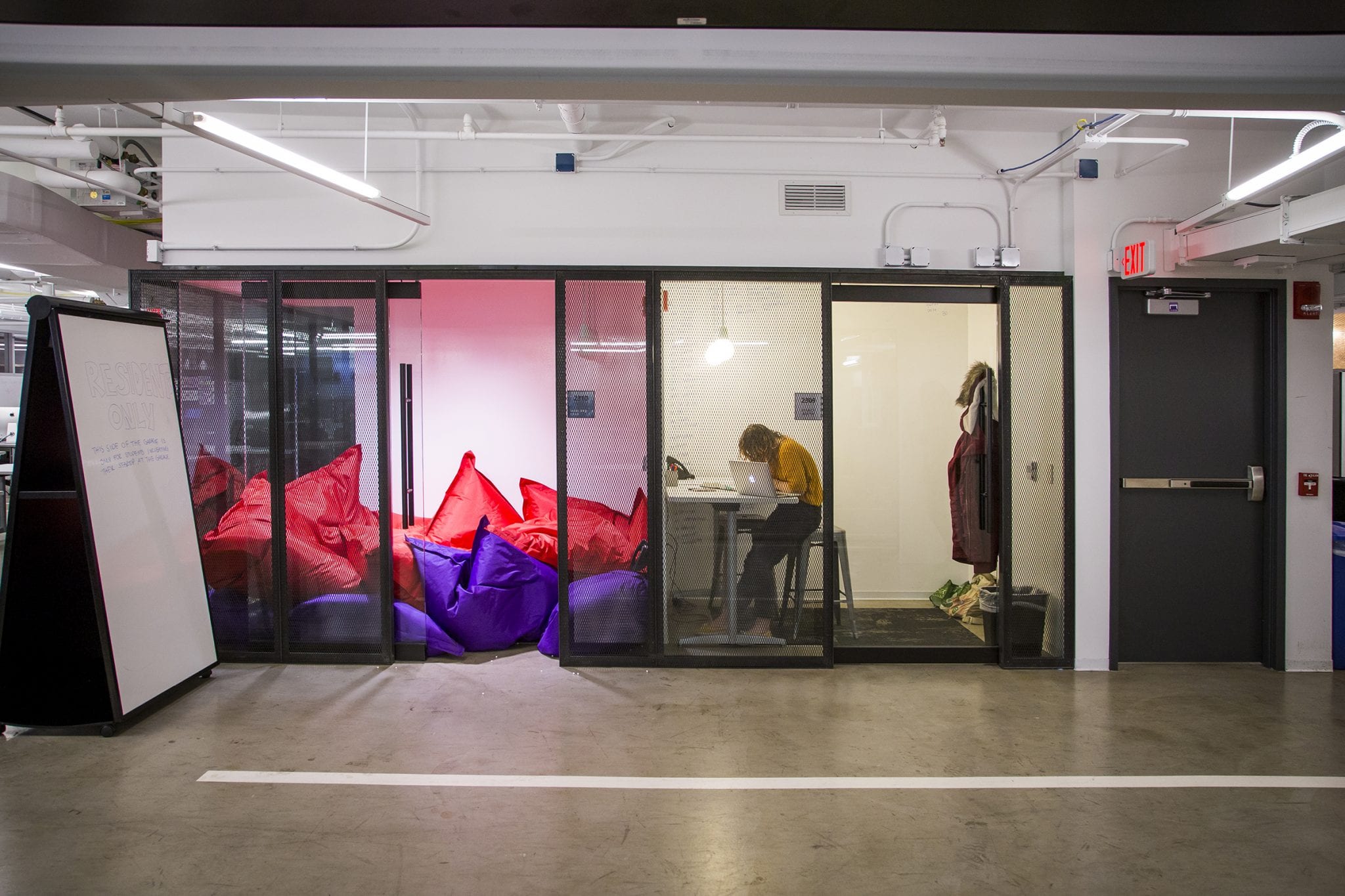 The Garage is always a busy place. On any given day, entrepreneurship courses are being taught in our Workspace, drones are flying around the Resident co-working space, new video games are being beta-tested by students in the Cafe, and our Entrepreneurs-in-Residence are prototyping their next big idea.

Sometimes it’s hard to keep track of all of the cool and innovative things the staff and students are up to at The Garage, so we’ve put together a list of the top ten things you should know happened at The Garage in the last 30 days. Want to find out how you can get involved in entrepreneurship and innovation at Northwestern? Head to our Get Involved section or stop by for a quick tour of our space.

1. We welcome a new entrepreneur each week to our Resident Family Dinner, offering students an opportunity to hear a founder story. In the first week of February, we welcomed Northwestern alum, Jai Shekhawat (KSM ‘96) and founder of Fieldglass, just a few years after selling his company for over a BILLION dollars!

2. On February 2, The Garage swept the competition at Kellogg’s new pitch competition, Shark Tank Pitch Night. Resident Teams Tiltas, eRetirements, and Re-bucha, all incubating their startups at The Garage, took home a combined $10,000 in prize money. Read more about how our teams impressed the judges in our feature here. 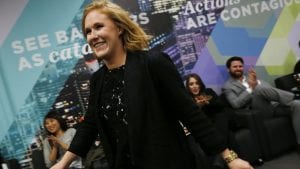 3. Just a few days later, on February 6, three Northwestern teams took the stage at Cupid’s Cup Validation Day, competing to be a part of the final five, and Northwestern alum Luna Lights made it to the finals! Cupid’s Cup was held on March 30 here at Northwestern, and Luna Lights took home $5,000 with the audience choice award! Read up on the event here. 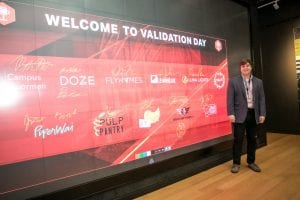 4. Later in the month, Resident Team BrewBike was voted the Best Coffee Shop in Evanston in the Daily Northwestern’s annual Best of Evanston competition! Head over to the BrewBike Shop located in Annenberg Hall to grab a cup of BrewBike’s signature coffee or tea, and keep an eye out in the Spring for the iconic bike, serving up cold brew coffee all over Northwestern’s campus. 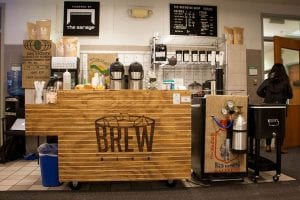 5. Resident Team Unruled. launched their Kickstarter campaign, introducing their product offering creative minds an open canvas. Their campaign was 104% funded, and we can’t wait to see what’s next for this team this summer during our Wildfire Pre-Accelerator program. 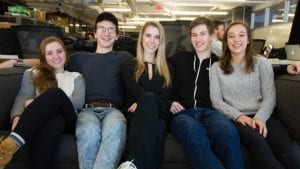 6. Just afterwards, The Garage was excited to learn that Resident Team IFM (Intelligent Flying Machines) was selected to compete as a semi-finalist team in the New Venture Championship graduate business plan competition in Portland, Oregon at University of Oregon.

7. That’s not all for IFM! Founder Marc Gyongyosi and his team are also headed to the Rice Business Plan Competition, the world’s richest and largest student startup competition, in Houston in April!

8. On March 2, we welcomed Clayton Bryan from 500 Startups, one of Silicon Valley’s most active seed funds, to chat with Northwestern’s student entrepreneurs about their capital fund and startup accelerator. 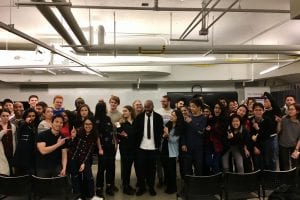 9. Northwestern Alumni Magazine highlighted the best of what The Garage has to offer and profiled some of our Resident Teams in their Spring 2017 edition! Check out the full article here.

10. And, last but not least, for the first time ever, The Garage partnered with Northwestern University Dance Marathon (NUDM) as a sponsor!  This year, all the dancers, guests, and VIPs rocked wristbands provided by The Garage. Check out some of the pictures from the 30-hour event on NUDM’s Facebook page! 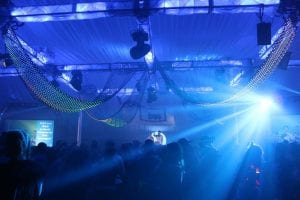