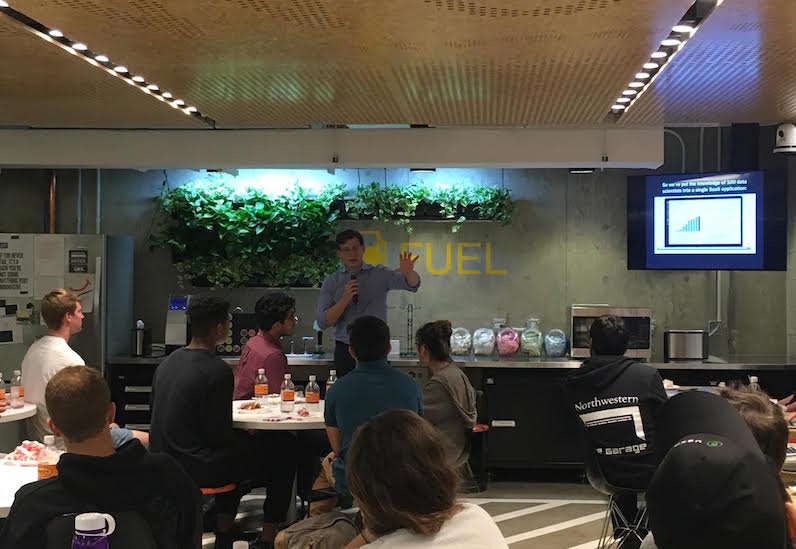 Our family dinner guest this week was Dan Wagner, the CEO and Founder of Civis Analytics. Dan spoke to residents of The Garage about his experience as Chief Analytics Officer of the 2012 Obama campaign, and gave a brief presentation on his company and what they do. He’s been involved in the political sphere since the 2008 election, and his experience with campaign and voter analytics has provided the foundation and inspiration for Civis. He created his company in the spring of 2013 and has since paired with a variety of industries to provide analytical solutions to companies and nonprofits both large and small. At The Garage, he told residents the “real truth” about starting your own company, recognizing that it’s not as glorified as it may seem, laughing as he showed students a picture of his apartment that consisted of a barren mattress (which he described as “pathetic”). Dan shared his story to shed light on the reality of starting a new company, but nonetheless encouraged students to pursue their entrepreneurial ventures, because they could ultimately lead to something very rewarding.