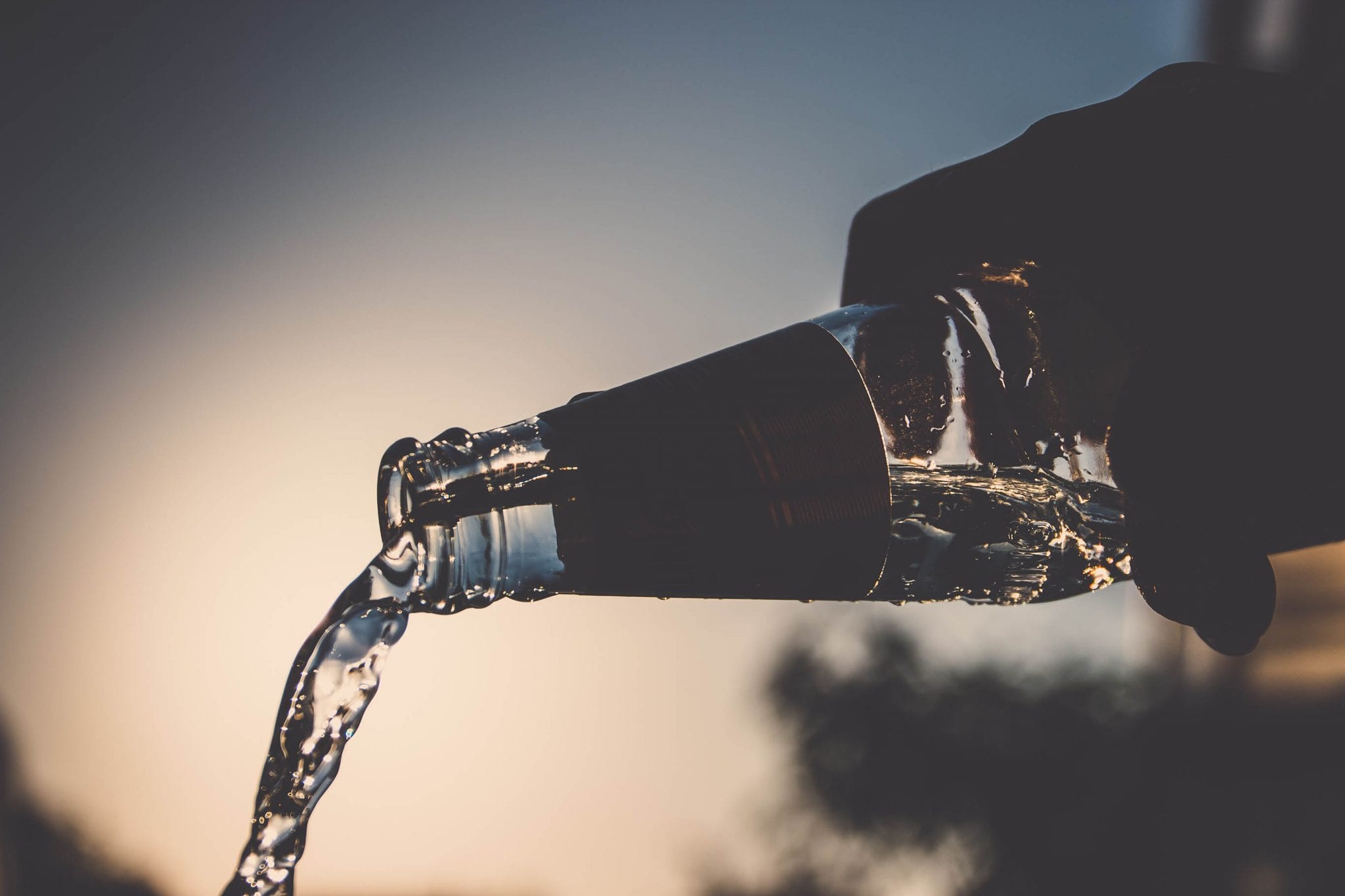 Many of us have experienced it. We have a great night out on the town with friends, but find ourselves sluggish, run down, and well…hung over the next morning, slowing down our entire day. Jora, co-founded by Jonas Weitzman (Weinberg ’18) and Raghav Narula (Weinberg ’18), is on a mission to help people sip smarter. Together, they are working to develop an electrolyte enhanced alcoholic beverage to help drinkers feel better the next day.

The Garage sat down with Jonas and Raghav to get to know them and the story behind their startup.

What is the inspiration behind Jora?

Jonas: Jora is an alcoholic beverage that’s ready to drink; it’s cocktail in a can, saturated with electrolytes.

Raghav: Jonas and I studied abroad together in Madrid, and we had so much fun going out together all the time. There, clubs are open all night long. We’ve known each other since freshman year, and have lived together the last few years. We started drinking Pedialyte, an electrolyte water that’s meant for children, to stay hydrated when we drank alcohol, and when we didn’t have any in Madrid, we realized how much worse we felt. We realized we should’ve been drinking Pedialyte all night to stay hydrated and wake up the next day feeling great. That was the beginning of the quest to launch.

Jonas: We’ve become so reliant on supplements and we realized they often aren’t much more than electrolytes and some vitamins, but it’s a huge industry. We’ve made it our quest to infuse alcohol with those things. Alcohol strips the body of electrolytes  and it’s very dehydrating. People think you drink water and you’re fine, but it’s a matter of cellular balance and maintaining water balance and what contributes to that is the electrolytes themselves.

How did you come up with the name Jora?

Raghav: We had at least five different names before we came up with Jora! We had Ish, Vice Versa, Loophole and Bright Side. None of them were sticking and it was actually really stalling our progress. Jonas stayed up all night once freaking out about names. It’s JO from Jonas and RA from Raghav. That’s how the name started.

What has been your biggest challenge so far?

Raghav: I think just generally being in the alcohol industry is really tough in terms of regulations. It’s a two step thing. We can’t just sell directly to people or stores. We have to sell to distributors who sell to retailers. We can’t just launch a Kickstarter or crowdfunding campaign. And the way that we have to produce the product, it’s really hard to produce just a small amount or sample to have our friends taste it.

Jonas: If you think about how we’re taught to do this in our classes and Wildfire, it’s all about testing to see if people will actually buy your most valuable product, your MVP. If you’re selling say, a couch, you could make one unit and try to sell it and see if someone will buy it. Find out if there’s even a customer for your product. There are so many legal steps that are added for us because we are dealing with alcohol that we can’t do something like that. We couldn’t even just sell it to a retailer ourselves. Selling and production has been tough.

How has The Garage helped Jora?

Jonas: First off just having a space that we can come to and know that when we’re here, we’re grinding on what we care about has been so important during the year when we had academic obligations, too. Being in the community and getting in touch with people that we wouldn’t have otherwise met has also been a big help for us. For example, Raghav met Brad Falkof at a mentor speed dating event, and it ended up being a really helpful relationship.

Raghav: Brad has helped us out so much. Even just some of the easy, basic questions, but things we needed answers to that we didn’t understand, he was always excited to help. Our concept in some senses is simple but is also sort of crazy. People tend to laugh and I think having people believe in it here at The Garage and take it seriously is really encouraging for us to keep going.

What’s in the future for Jora?

Jonas: Biggest drink in the world.

Raghav: I think originally we wanted to launch out of Evanston and Chicago, and get it really big in this area and potentially launch at other colleges and just slowly spread all over the place. That kind of a business model might change, though, because we both might be based out of New York next year.

Jonas: This might be tacky but I want it to be big enough that it changes people’s’ perception about not just alcohol but a ton of different products. Alcohol has been stuck in this same place for so long, along with other products, and applying this imaginative forward thinking lens to it, and creating the perception that alcohol can be different is exciting. People have just come to accept that drinking has to make you feel bad the next day, and I want our drink to inspire a change in that mindset and in how people approach this product.

What are you hoping to achieve during Wildfire?

Raghav: We want to be ready to launch. Product design, licenses, all that kind of stuff, and then we can really just focus on marketing and creating our brand.

Jonas: We know our product way more than anyone else does yet, and we can’t wait until it’s at a point where it really exists and it’s at it’s best, and we can communicate that with our customers.

Keep up with all of Jora’s progress on their Instagram and website or drop them an email at drinkjora@gmail.com.