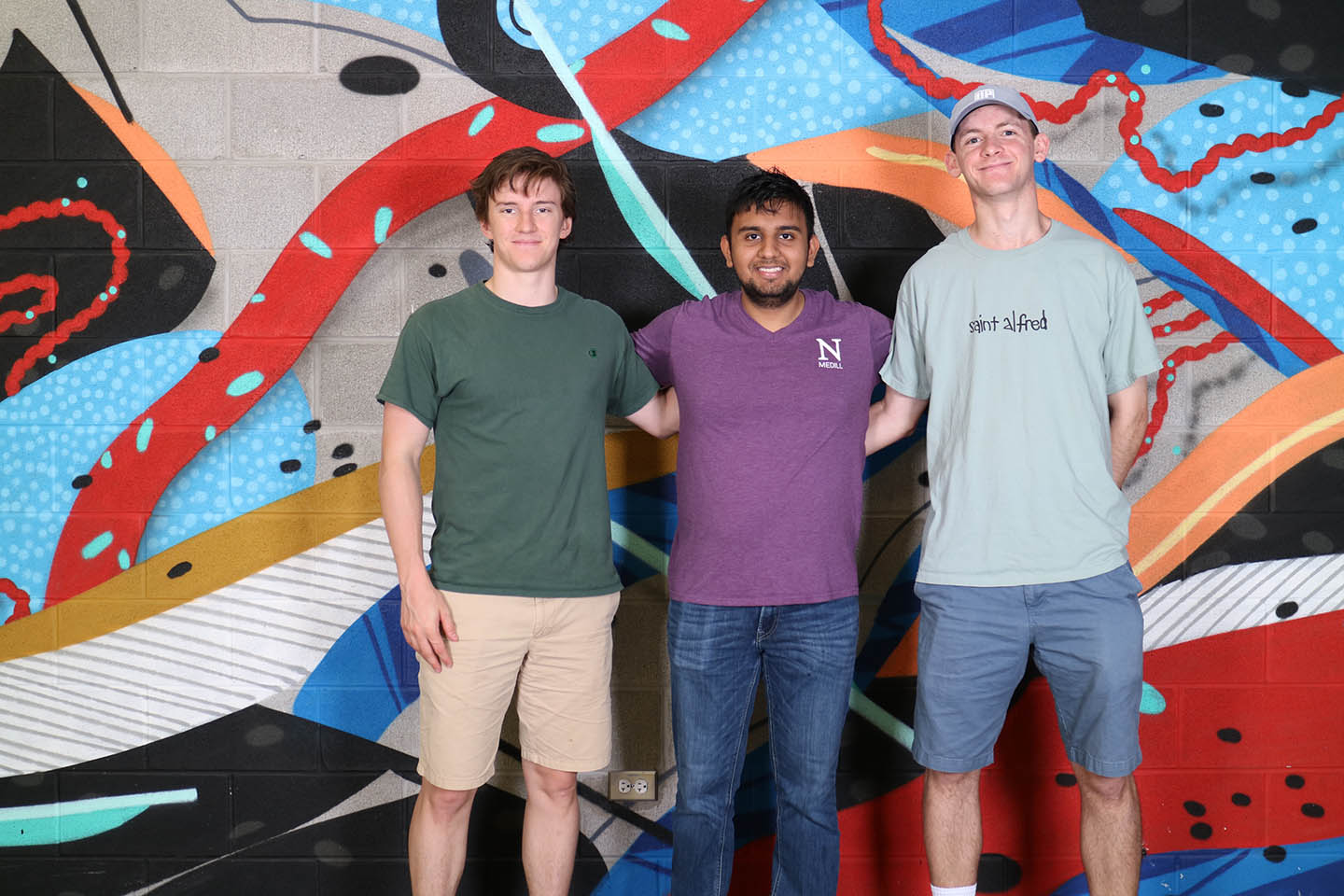 We’re a media startup focused on Gen Z culture and life. It started out as a website called Unplugg’d that I actually created for my senior year high school English class final project back in 2017. I was writing for SB Nation at the time and then I got to see what it was really like – how the sausage was made. Unfortunately I soon realized that the clear business model has and always will be prioritizing clicks and views. And that might be the business, but I thought it wasn’t conducive to providing actual insight and telling coherent stories.

So I started Unplugg’d as a long form sports writing website and it blossomed beyond into popular culture because of my eclectic interests. During my freshman year at Northwestern, a few people joined on and we launched a podcast network in January 2018 – at one point we were operating nearly 10 shows at once, but we had to scale that down to make them as high quality as possible. We just hit 12,000 total listens and we’ve seen it evolve from being commentary on anything to being really focused on our target demographic of ages 16 to 24 providing commentary on sports, entertainment, entrepreneurship, and fashion. We’ve identified these things as very important to our age group’s culture.

We have a second publication called 42 also under the PBM brand that has been in a quasi-launch state for some time. It’s based around the idea that people our age aren’t really communicating in person about important topics because of the advent of technology. When we’re online, we’re usually on social media which isn’t naturally conducive to meaningful conversation about important topics. The idea behind 42 is that the community submits narrative pieces and work with our editing team to create the most engaging pieces. We’ve already received some awesome submissions – out of the 100 received we’ve been able to publish 6, but we’re looking forward to fully going forward soon.

Can anybody submit articles, or is there a vetting process?

We used to operate where anyone could submit articles for publishing, and we would work with them to publish it. But we have a pretty high bar when it comes to both writing and the podcast so we’ve had to really cut down on the amount that we were producing. We have staff for Unplugg’d that is open for one-off pieces and new contributors, but there’s a distinct focus on reaching a certain level of quality. Having a great style is really important but so is having an interesting opinion and a unique perspective and offering something really insightful to the reader. With 42 however, anyone can submit a piece and work with our editing team – it’s been really interesting to see that dynamic.

Do you have any plans to reach any audiences beyond the 16-24 demographic?

Something that I always admired about the JK Rowling series was that she wrote her books to grow up with the audience as well as Harry. She wrote them to get progressively more and more dark, and I want to somewhat embody this in what I’m doing. We’re not going to write to college kids forever because we wont’ be college kids soon.

I think about the Steve Buscemi meme when I think about that actually, where he has the backwards hat and the skateboard saying “how’s it going fellow kids”. The idea is to produce content that stays important to people our age. I have received feedback from people who have said they’re big fans of our content who are over 30, so we’re not trying to limit ourselves from reaching other people. I want to narrow it down to have a clear vision but if the data tells us something else, we might go that way.

What’s the idea for the business model of PBM?

Since PBM started, it’s been a passion project for me. I’m really into building my own things – I ran a t shirt business in high school and I resold sneakers in middle school. I always viewed PBM as a business that I would love to monetize at some point, and for the longest time it was all about building up the brand and following and getting as good of a content base as possible. In December 2018 we sat down and had a discussion where we talked about turning this into a startup that could legitimately make money. That’s where we went from Unplugg’d to PowderBlueMedia. There’s several brands under it, and we’re exploring several ideas for revenue streams.

Melissa and Hayes in The Garage told us to “first go and disprove your baby”. Go talk to people and find out who will pay for it – who are your superfans? If you have 10, you can find 100, and if you have 100, you can find 1,000. Right now, in Wildfire, we’re contacting people and finding out whether we have something. Traditional media has either always had the advertising or subscription model, and we’re definitely preferential towards the subscription model because it’s much easier to keep up the level of quality that way. A revenue model we’re exploring now is how many people we can get to sign up for a Patreon account.

Who’s been your biggest mentor so far?

I’ve met so many cool people. And we’ve been really looking for a mentor to check back in with, and in a few hours we’re meeting with the Parkinson brothers who founded Peapod. They started following us on Twitter before we even met, so it’s kind of cool to see that they’re interested. The biggest mentor so far has been my high school English teacher. I had him from sophomore through senior year of high school, and before that I was a very STEM focused kid. I was a classic example of “I’m interested in what I’m good at” but he really changed my perception. And I started to realize how much I loved writing. He was a teacher who was very big into bringing out your voice, and I developed an almost snarky, sarcastic tone in my writing.

A big joke with him was that I would always get B+s on my essays because I would always do them the night before and hardly ever answer the prompt, but he would always say “I couldn’t give you a bad grade because your voice was so damn good”. I even took that to other classes – in Chemistry, I wrote these hilarious introductions to my titration labs because I wanted to stand out from the mass of other reports my chemistry teacher had to read. David, my English teacher has been a huge inspiration and I still email him for advice.