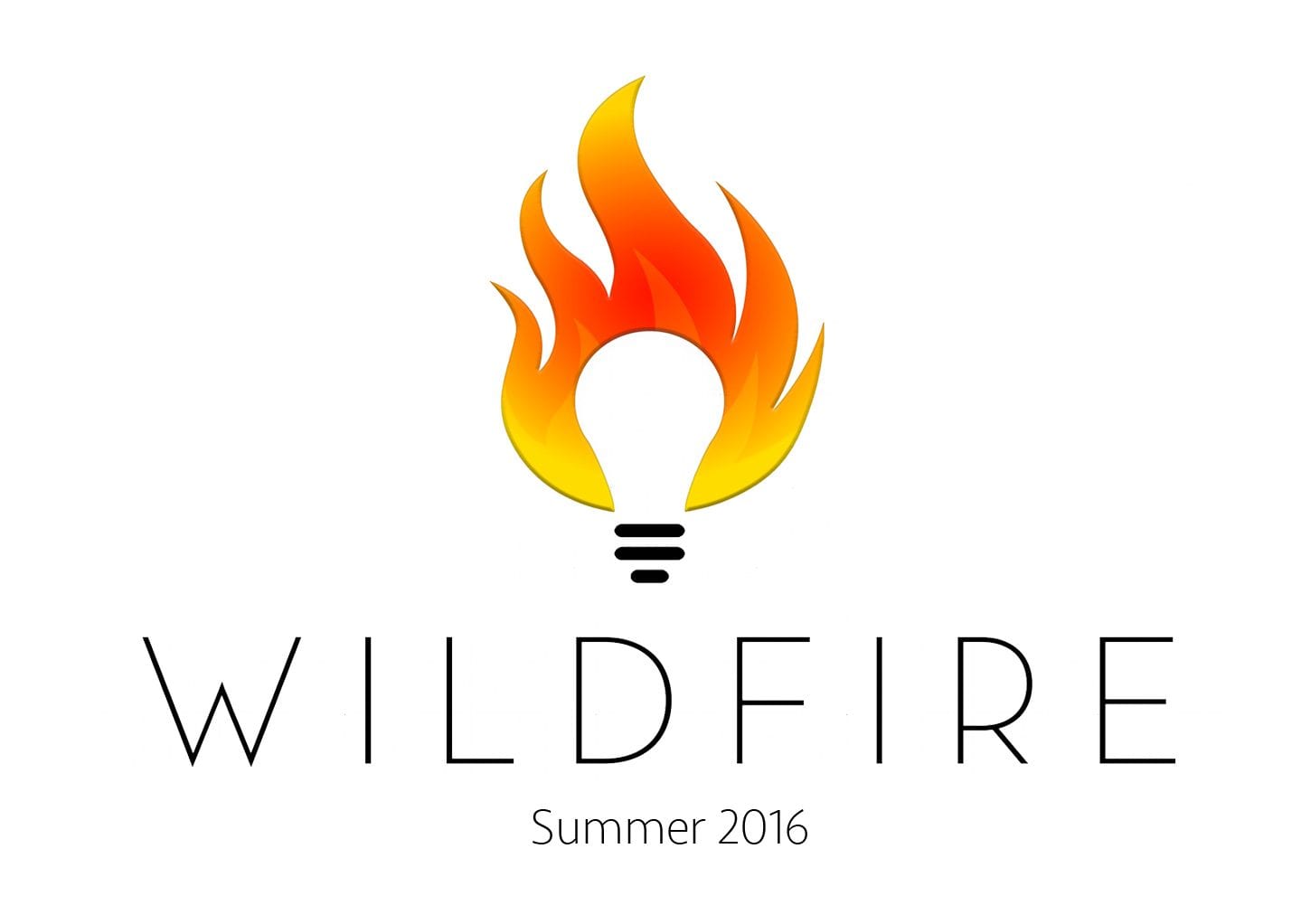 Wildfire, Summer 2016. It ended as suddenly as it started, or seemingly felt that way. Like the weeks of anticipation leading up to the beginning, the end came with similar alacrity and speed. Having spent the bulk of the spring racing all over town, soliciting advice on how to run the program, recruiting mentors, and seeking content providers, the summer was all about orchestration and execution. And now, the orchestra was warming up. The conductor was tapping on the podium. A hush was falling over the crowd. Almost showtime.

The past nine weeks leading up to this moment was focused on their respective ventures – how to find their customer, design their value proposition, solve the right problem. As the lights were about to dim, I was nervous. Petrified to be exact. Some on stage. To light a fire, a week earlier, I informed the teams that pitching at Demo Day was a privilege, not a right. If I didn’t think they were ready, they would be watching with the audience. With that, a renewed focus and a clear calendar, we dug in. Milena Palandech arrived on Monday to hone and refine the presenters while I continued working to weave the stories. From there, it was just me, the teams, and plenty of long days and late nights. Gut check time.

Demo Day took place on Thursday night. We expected well over a hundred to attend, plus the teams. I spent the day getting the room ready, helping teams with last minute tweaks, and breathing. Lots of breathing. While my work was largely done and in the hands of the teams, my veins still coursed with nervous energy. The first time for anything is nerve-racking and this was no different. Setting up chairs proved a great distraction. Seconds ticked by, then hours, and then, curtain call. The teams took their positions as the spectators began trickling in and at 6pm sharp, we lit the candle. I opened things up with a few words, followed by Motorola Solutions, our program sponsor for the evening. And then, it was the students turn.

BrewBike led things off with a short pitch announcing their Fall business launch:

Then, Broceries took the stage and brought down the house. They were the first of three teams that had either struggled during the program or as in the case of Broceries, landed on their latest idea with mere days left in the program. Instead of trotting out the usual Investor Pitch only to have their idea shredded by the judges, we decided to reward the teams for their journey and not just the destination. So, Broceries along with Square1 and Venu told the story of where they began as a venture, what they learned along the way, where they currently found themselves, and where the ship was pointed next.

The next set of companies were a blend of the first three mashed with a shortened version of the traditional Investor Pitch. These teams arrived on Day 1 with a clear vision of where they needed to go, but ran headlong into difficulty, bumped into some obstacles, and struggled to secure that elusive first customer:

The all-freshman team, Turnout, wants to help awkward freshman find where all the fun and interesting things are happening on campus.

OrangePrint has the noble mission of trying to reduce recidivism by connecting returning citizens with companies looking to hire skilled labor.

Gibbs is helping small business earn green by going green, one light bulb at a time

Finally, we wrapped this portion of the program with our two moonshot teams plus Zcruit, the team with the most traction:

AIR is bringing the future of Augmented Reality to the present by building a platform that allows anyone to design and build in the world of AR.

Our final two teams – IFM and eRetirements – were our growth-stage companies. As such, they did not participate in many of the workshops, but took full advantage of our mentoring, resources, and connections to push their ventures ahead. As such, rather than competing for the $6K in prize money, they competed for the Summit at Sea:

eRetirements provides retirees with the most personalized and comprehensive retirement location advice to ensure years of happiness.

For me, Demo Day became my proud Papa moment. Having spent ten long weeks with each of the teams, down in the trenches, through their peaks and valleys, twists and turns. We had a shared intimacy of experience on the emotional roller coaster that is entrepreneurship. So, as you can imagine, having been so up front and personal, getting to watch them command the stage in front of a large audience was surreal. An out of body experience. And frankly, it was nice to sit back and let them do the walking and talking instead of hearing the sound of my own voice.

With that said, I learned a lot about myself, what it takes to design and execute a program such as Wildfire, and a cornucopia of lessons learned about how to inspire, organize, and lead student teams.

First, and the most important lesson learned, I had to constantly remind myself that I was dealing with students. These were not seasoned entrepreneurs, let alone experienced business folks. For the undergrads, in particular, this was hard work. It required discipline and self-motivation – a tall order when you are used to summer vacations and internships versus the year-long grind that can be the real working world.

Looking ahead to next summer, my goal will be to find the sweet spot between what worked this past summer and what didn’t work. Looking for that bowl of porridge that is just right and by doing so, avoiding the tendency to overcorrect. To hit that mark, here is a list of planned tweaks and key lessons learned:

I am sad to be signing off. I held on to this last letter because I wasn’t ready to let go. These 12 teams were my family this summer and I wish them all the best in the future. They are Wildfire alumni now, so while they might be done with the program, I am not done with them. Their leadership and mentorship will be key to the next batch.

So with that, I am excited for next summer. The foundation is built. More teams are forming in the classroom and making their way to The Garage. With the above adjustments and tuning, we can build on the success of the first cohort and create a pipeline of successful Northwestern startups moving beyond our hallowed halls into Startup Land USA.