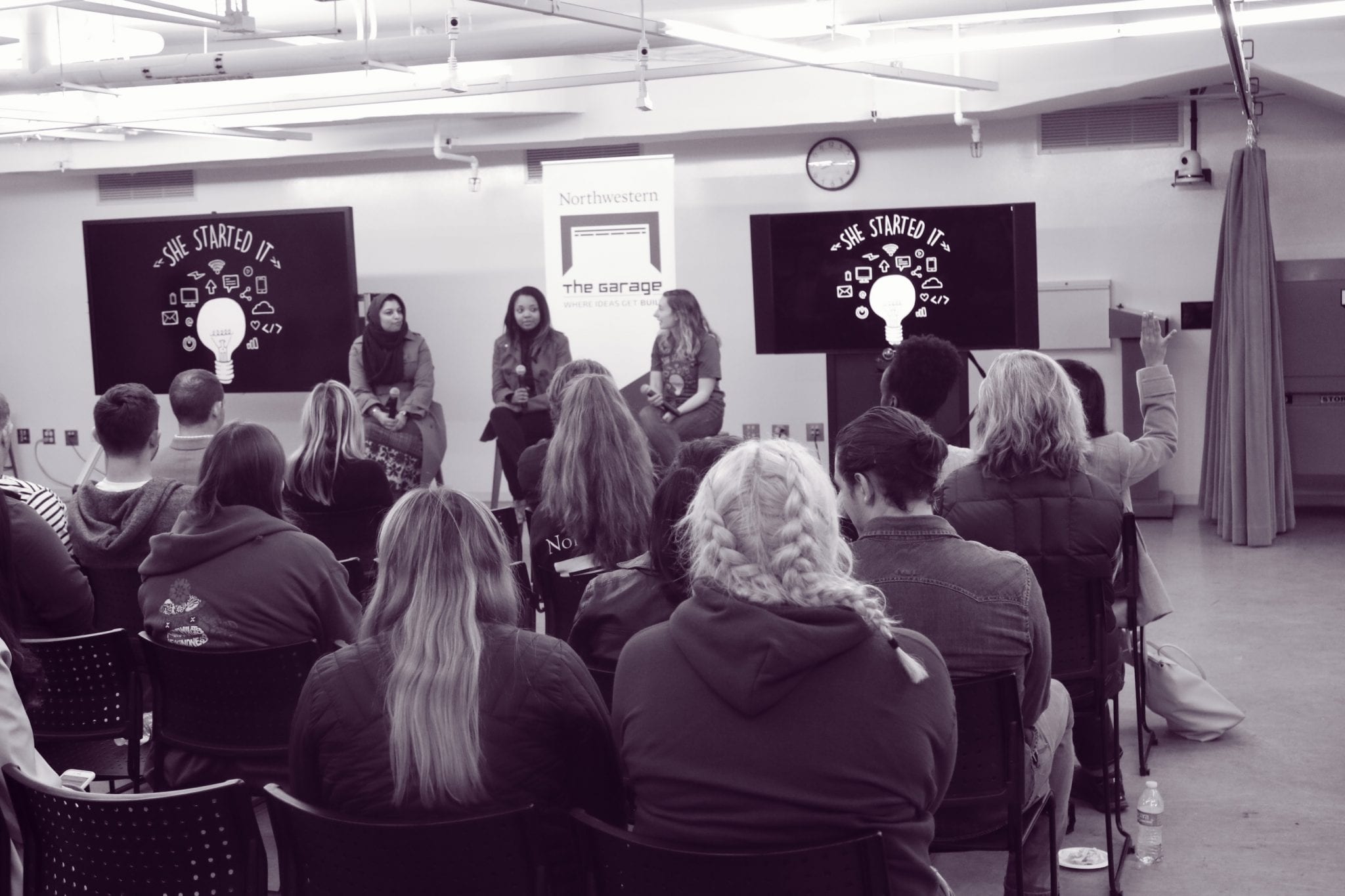 On Thursday, November 3, 2016, The Garage, alongside Northwestern Women in Business and Chime by Sittercity, welcomed the minds behind a new documentary, “She Started It,” for a special screening of the film, followed by a Q&A with the film’s director and producer, Nora Poggi, co-director and producer Insiyah Saeed, and Sheena Allen, an entrepreneur featured in the film.

More than 120 attendees, many of whom were women with a passion for entrepreneurship, joined us to follow the story of five young women as they pitch VCs, build teams, bring products to market, fail and start again in “She Started It.”

Today, 96 percent of venture capitalists are men; women still account for less than 10 percent of founders for high growth firms, and earn just 12.9 percent of computer science degrees. “She Started It” invited us to take a glimpse into this sometimes challenging world, but at The Garage, with a room full of women interested in this space, there is inspiration for the next generation to dream bigger.

At The Garage, we strive to build a community of diversity and support, and aim to energize women in tech and entrepreneurship to think bigger and to get involved in the startup world with the guidance, mentorship, and resources provided here. Now more than ever, we invite women involved in entrepreneurship and innovation to join us at The Garage.