What began as an idea two years ago has now come full circle in its second iteration.

For the first year, it was an experiment. To create it, I strapped on my best and only pair of running shoes and ran all over town meeting with folks who had run accelerators or similar programs. Many miles and several pairs of shoes later, I had enough feedback and insights to take a stab at designing a 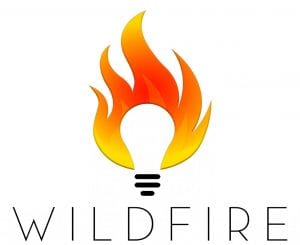 program. Armed with pen, paper and lots of whiteboard space, I designed a program for students from scratch. A few weeks later, we ran with it. It was a success even as we were building the wings as we flew the plane.

For the second year, building on what we started and incorporating key lessons learned, I endeavored to find the right balance between delivering content and providing plenty of space to get shit done.

Many of the tweaks and changes to the program were based on a sample size of one. The year prior. That group needed a lot of prodding. They were great at thinking. Not so much at doing.

So, one of the major program changes was to build in more accountability and check points in order to drive the teams forward. To do so, teams would have to earn a portion of their stipend each week and complete weekly deliverables.

I overcorrected. This batch was unlike the first. They hit the ground running and frankly, they ran me over and never looked back. By the third week of the program, I realized my role was not to assign more work, it was to remove obstacles and give them more room to run.

Moreover, at the start of the program, all but one team was pre-revenue. By the end of summer, all of the teams either earned revenue or had a clear path for doing so. This was remarkable. How did we do it? Each week, we pushed the teams to simplify. To narrow their focus. To find a paying customer.

Too often teams would dream about scaling to hundreds or thousands of users. Neal Sales-Griffin and I would grab their floating legs and yank them back to Earth – do what doesn’t scale first. We would constantly remind them, find the first market or customer segment that you can win and go conquer that. Nail the problem. Then, and only then, worry about nailing the solution. 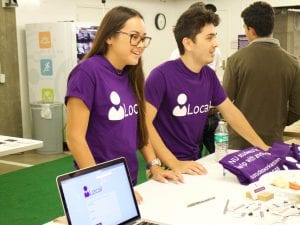 So, what exactly is Wildfire?

Wildfire is a 10-week “pre-accelerator.” Up to twelve teams are accepted into the summer program. Each is given $10,000 to help accelerate their respective venture. We accept teams in March, thereby enabling us to use the Spring quarter to get the teams ready to hit the ground running come June.

Wildfire is built on three pillars which are woven into every aspect of the programming. First, we teach the Entrepreneurial Toolkit. The ABC’s of entrepreneurship. This content is delivered primarily through workshops and one-on-one meetings. We believe that learning this way of thinking and doing will best prepare our students for the world in which they are going to inherit – one in which agility, creativity, and the ability to learn and iterate quickly are the skills that will propel careers regardless of whether that is at a startup or at a Fortune 500 company.

Next, we spend a lot of time pitching. Every Friday, plus a concentrated dose the week leading up to Demo Day. The art of pitching is the art of storytelling. It helps to refine thinking and find new and novel ways to connect with your customers, your potential investors, and your future employees. The lessons learned change each week and therefore, so do the stories. In addition, we often do pitch practice as a group. Seeing how another team plans to go to market can influence how another team does. Thus, we share and grow together. Finally, like the toolkit, we believe that the students who learn how to tell their story, to persuade, to sell, will go further, faster in their careers for these skills are critical in the creative economy of the future. 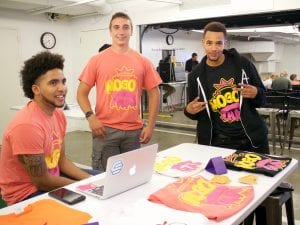 Finally, in addition to the tools and pitching, we also teach the entrepreneurial mindset. We do this through the Breakthrough workshops and by using the Founders Agreement as a tool to have difficult conversations. As Tim Ferriss said, “You can judge the success of an individual by the number of difficult conversations they have had.” As such, we have a lot of them over the 10 weeks. Furthermore, learning the entrepreneurial mindset often entails undoing 15 years of academic learning. School teaches you to memorize and then be tested on what you can recall. You are rewarded for perfection, not for effort. As such, students spend their academic years getting perfect grades to get into the perfect school and to get the perfect internship or job. Unfortunately, life doesn’t work that way. Not today and certainly not in the job market of tomorrow. Entrepreneurial thinking requires challenging assumptions, building the minimal product and testing to get feedback. And it entails being wrong. A lot. But that is how you learn. That is how you flex and grow your resiliency. That is how you grow and ultimately, how you live a fulfilling life.