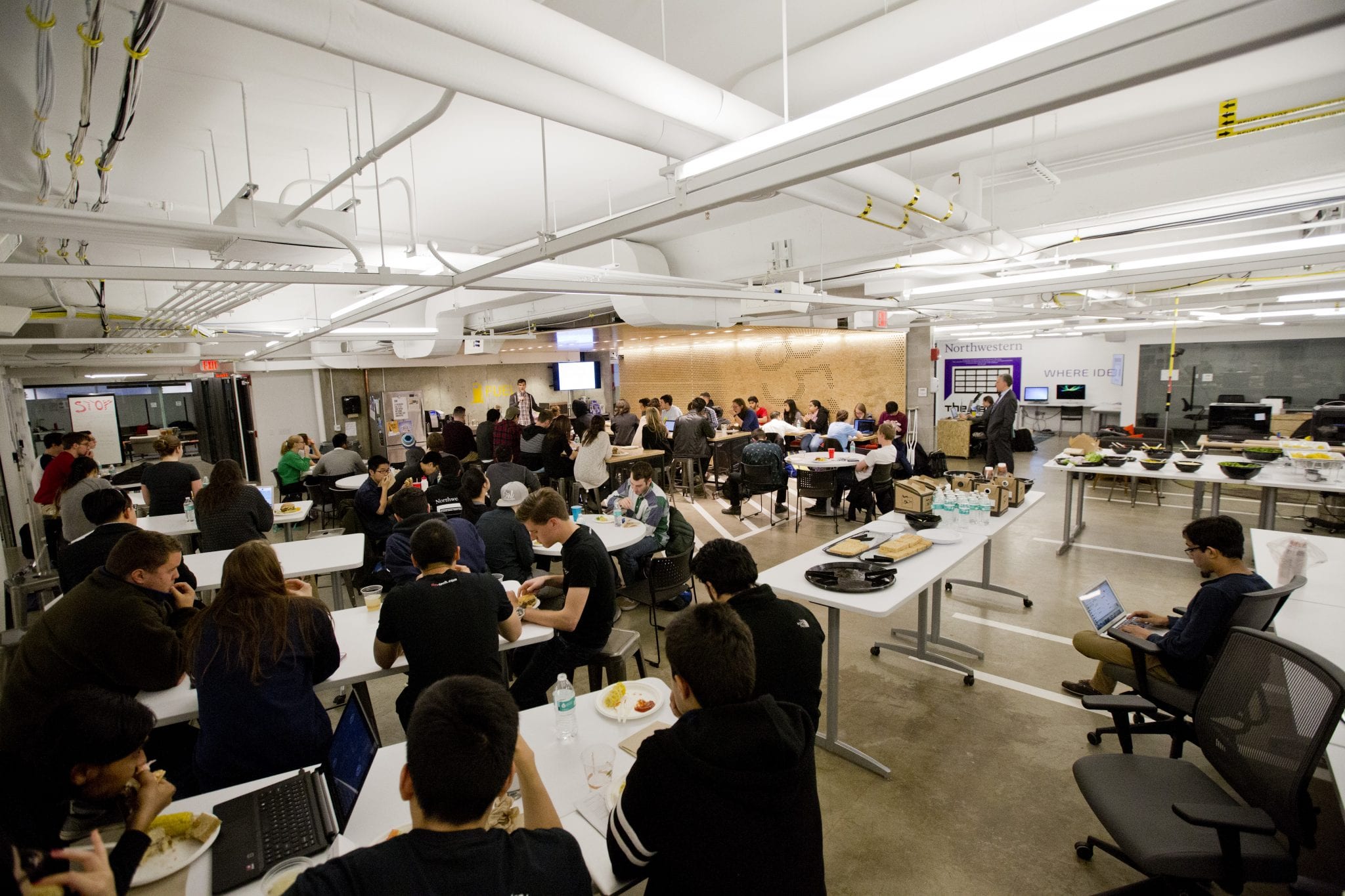 Eight student founded startup teams went head to head in a Shark Tank style pitch competition held by the Kellogg School of Management at Northwestern. Inspired by the hit ABC TV show, teams gave quick pitches to acclaimed judges including four from Perimeter Advisors, MATH Ventures, Corazon Capital, and OCA Ventures. Audience members were able to give their pick for a winner, too which the judges took into consideration.

Prize money totaling $10,000 was up for grabs at the competition and it was up to the judges how the money would be distributed among the top three.  Who went home with the cash and who went home empty handed?

Resident Teams incubating their startups this quarter at The Garage swept the competition, landing in first, second, and third places. So what was it about Re-bucha, Tiltas, and eRetirements that impressed the judges enough to get a chunk of the prize money?

Founder of Re-Bucha, and Kellogg student, Kathryn Bernell, took first place and $5,000 thanks to her bootstrapping style and incredible traction in just a few short months. Re-bucha is kombucha made with less than perfect looking produce, and Kathryn is working hard to master her formula and sourcing the best ugly ingredients.

Find out more about Re-Bucha, one of our newest Residents Teams here.

Tiltas has a simple mission: to change the narrative. Founder, Tiffany Smith, aims to connect recently previously incarcerated individuals with employment by working with both parties. Tiffany and Tiltas took home second place and $3,000 for its web-based platform.

Find out more about how big the mission of Tiltas really is here.

Last, but certainly not least, long-time Resident Team and Wildfire participant eRetirements took the third spot and $2,000.  Founder Jared Scharen uses analytics and questionnaires to match retirees with the ideal retirement destination. Interested in how Jared is constantly improving his idea?

Check out a recent piece on how eRetirements prioritized learning here.

Five other startup teams competed alongside Re-Bucha, Tiltas, and eRetirements including even more Residents of The Garage, like NewMoon Chicago, an event services startup; QuickPulse, a tool to increase millennial retention rates B2B,  and Tadpole, a fun way to connect beta users to apps. Shoutout to the other Kellogg competitors, Kheyti (a tool that protects farmers from uncertainty) and Buk (a payroll organizer for Chilean business).

To learn more about the resources we offer our Resident Teams, find out more about our programs and things like Office Hours and special educational workshops.