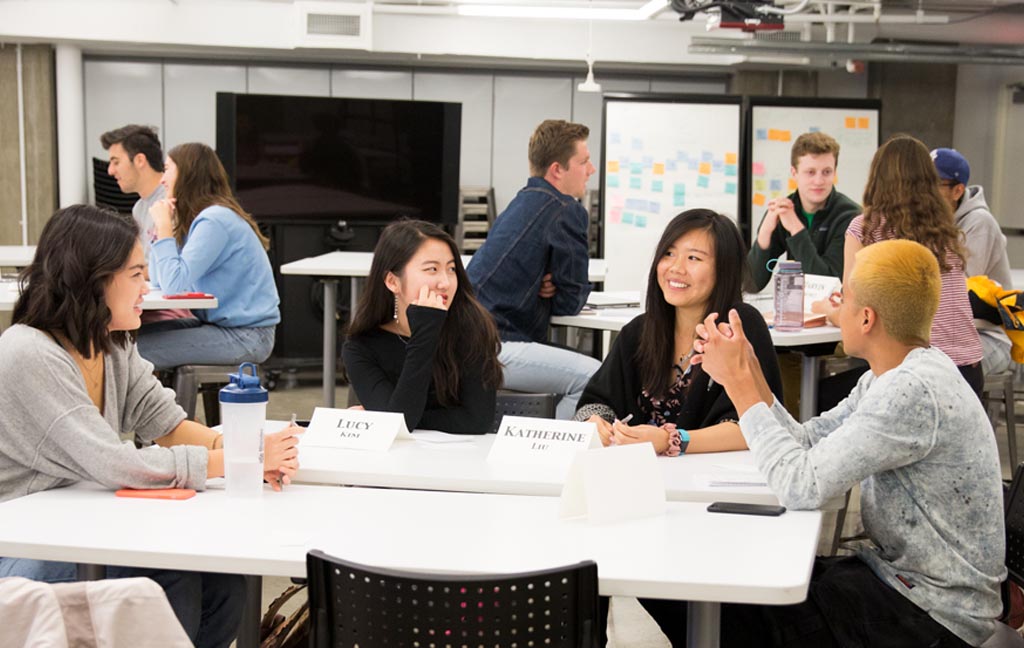 On Wednesday 21, 2020, Polina Marinova Pompliano, founder of The Profile, spoke to the Fall 2020 cohort of Propel women about her journey from a journalism student, to writer at Fortune Magazine, to an entrepreneur with The Profile, a subscription newsletter featuring exclusive and curated profiles of interesting and accomplished individuals.

Polina left her job at Fortune Magazine after more than five years in March 2020 to focus on The Profile full time. However, it wasn’t such a leap-of-faith; she began writing a free version of the newsletter more than three years earlier. “I had started The Profile newsletter on the side in 2017 when I was a little bit bored. I had some time on my hands and I was writing it on weekends and evenings, and since then, I haven’t missed publishing it on a single Sunday.”

The idea to make a paid version of her free newsletter began to percolate in January 2020. “I started asking myself, ‘What would The Profile look like if I dedicated 100% of my time to it, not just weekends, not just evenings, not just when I’m on the subway?’” To test her audience’s willingness to pay, Polina added two additional sections to the free version, charging $10 per month or $100 per year. Although her die-hard core audience subscribed, many others said they’d subscribe if the subscription was $50 per year, so she dropped the price. With an influx of subscribers, she calculated how long it would take her to scale her income from The Profile to completely replace her income from Fortune. Ultimately, she decided that the risk was worth the reward, even if The Profile didn’t end up succeeding. “I thought, ‘I will have learned so much more focusing on this full time than I would have staying at Fortune for another five years.’” So far, her bet is paying off.

Kellogg candidate Nicole Cuervo identified with Polina’s journey. “It was inspiring to see how she had that moment of realization that if she didn’t take the leap, she’d probably stay at her more stable job for a very long time and then regret it afterwards. It’s a similar impulse that made me decide to apply to business school and start my company now. I also appreciated that she thought about her timeline to quit based on data, rather than a “gut feeling,” as people sometimes decide to do.”

Perhaps unsurprisingly for someone who profiles accomplished individuals for a living, Polina cited inspiration in how she approached building The Profile from Lady Gaga (“Play to your core audience first, and they’ll always stick with you.”), Shonda Rhimes (“Don’t waste your energy trying to convince non-believers; create an environment where the desired behavior is the norm.”), Alinea founder Grant Achatz (“Whatever you’re doing, the most important question to ask yourself is ‘Why am I doing it this way, and can I can I change it?’), and Humans of New York creator Brandon Stanton, who she recently interviewed (“Consistency is crucial to building trust with an audience.”)

Polina arrived at Fortune Magazine in 2014 working on social media strategy, but made it a goal to become a writer at the publication. “I knew that if I started as a janitor at Fortune, I would somehow weasel my way into writing for it.” After crafting a new social media strategy as an excuse to meet with every writer at the company and sending a memo pitching a new section for the magazine called Fortune Venture to her boss’ boss, she had demonstrated her eagerness and willingness to step up. “I was willing to learn and I never said no to anything. If I asked, ‘Hey, can I help? Can I write an article? Can I do this for you? people said yes. And then a year later, I was asked to help write the Fortune Term Sheet newsletter.’” Eventually, she was put in charge of the popular daily business newsletter.

But her career trajectory wasn’t always apparent. Polina also shared some of her early career struggles. After graduating from The University of Georgia with a degree in journalism, she struggled to find a job, even though she had interned for CNN and USA Today as a student. After moving back home, she eventually reached out to contacts from her internships and began working for both companies. “I would work at CNN until 4pm then I would drive home and I would work remotely for USA Today from 6pm to 11pm. I did this every single day. I had no life. I just made money and hoped that one day I would move to New York.” After months of working both jobs from Atlanta, she was hired by a startup in New York to work as a social media editor, which would eventually lead to her first role at Fortune.

Looking back at the humble beginnings of The Profile, Polina believes that providing value to readers upfront without expecting them to pay was key. “I could never have had the same result if I started The Profile three years ago as a paid newsletter. I needed to develop that core group of readers who saw that the free newsletter was high quality content and valuable to them. You need to provide value upfront and have the customer trust you before you expect them to pay.”

Molly Van Gorp, a freshman in the fall Propel cohort, was energized by Polina’s story. “Her entrepreneurial journey is particularly inspiring to me as I share her passion for writing. I am so grateful for the opportunity to learn from women like Polina who are reinventing the way we think of content curation and professional success.”

Propel is a quarterly program at The Garage that offers funding, mentorship, and programming from entrepreneurs like Polina Marinova Pompliano to full time female students working on entrepreneurial projects.